The one-component vaccine Sputnik Light has been approved in Egypt.

The Russian one-component vaccine against coronavirus Sputnik Light has been approved for use by the Egyptian Medicines Authority (Egyptian Drug Authority). This is stated in the message of the Russian Direct Investment Fund (RDIF).

Sputnik Light is the first component of the Sputnik V vaccine. Vaccination with the Sputnik Light drug in Egypt will allow faster formation of population immunity in the most populous country in the Middle East, where more than 100 million people live, the fund believes.

In February 2021, a two-component vaccine was also approved in Egypt “ Sputnik V. Sputnik Light and Sputnik V are registered in the country under an accelerated procedure (emergency use authorization, EUA).

Sputnik Light demonstrates high safety and efficacy in the course of vaccination of the population in a number of countries. In particular, data from the Ministry of Health of the province of Buenos Aires (Argentina) showed the effectiveness of the Sputnik Light vaccine at the level of 78.6-83.7% when vaccinating the elderly. In Paraguay, according to the data of the Ministry of Health of the country, the effectiveness of the drug was 93.5% during mass vaccination,” the fund added. manufacturers. Similar studies are currently being carried out in Argentina, the United Arab Emirates, Azerbaijan and other countries.
Russia Egypt RDIF vaccine Sputnik light coronavirus COVID-19 TASS
|
Facebook
|
Twitter
|
VKontakte
|
Odnoklassniki

The active phase of the exercises "Vostok-2018" has begun 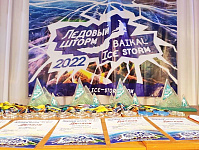 On May 9, the Russian Ambassador to Turkmenistan laid flowers at the memorial in Ashgabat

Novosibirsk and Tel Aviv will be connected by direct flights

In Russia, “coronavirus” holidays can be reduced