Each Japanese will receive a lump sum of 930 US dollars

The government of the Land of the Rising Sun has begun to pay benefits to every citizen of Japan in most regions of the country.

This is stated in the message of the Kyodo news agency, referring to the statement of the Minister of National Affairs Sanae Takaichi.

Funds for payment benefits are taken from the 25.6 trillion yen ($237 million) supplementary budget for the current fiscal year. The decision to pay one hundred thousand yen one-time benefits, adopted in April, is included in additional budgetary measures to combat the coronavirus. The total amount of social benefits is about 8 trillion yen, or 83 million US dollars.

Initially, it was planned to give out three times the benefits, but only to the most needy, and then it was decided to distribute the money to everyone. The authorities believe that wealthy residents of Japan will not apply for assistance, and there are already such examples. All members of the government of the country, including Shinzo Abe, ministers and deputy ministers, refused benefits.

Asian Forum 2021 kicks off in Boao

Foreigners can visit Azerbaijan only with a covid-passport 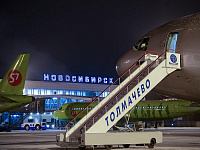 Mushers went to the start of the race "Beringia-2021"