The creation of the Global Happiness Coalition, which includes six countries - the United Arab Emirates (UAE), Kazakhstan, Costa Rica, Mexico, Portugal and Slovenia - was announced on Monday at the 6th World Government Summit in Dubai. .

It is dedicated to the issues of effective public administration and the introduction of modern technologies in various spheres of life.
More than 4,000 delegates from 140 countries, including heads of international organizations, representatives of the leadership of leading scientific and technical structures and technological corporations of the world, take part in the prestigious event.

Prime Minister of the United Arab Emirates and Ruler of the Emirate of Dubai Mohammed bin Rashid Al Maktoum personally attended the ceremony of signing the agreement on the establishment of the Global Happiness Coalition. The document was signed by the ministers of all six countries.

Coalition for the happiness of the peoples

"The world needs new forms of coalitions that would work in the name of the well-being and happiness of the peoples Al Maktoum said.

"The Global Happiness Coalition reflects the idea that the UAE's aspirations meet those of nations around the world to create a better future for all," the Prime Minister stressed. "Now is the time unite the efforts of governments to form new approaches and mechanisms that will achieve happiness for people and improve their quality of life."

"We perceive the happiness of peoples as an indicator of the effectiveness of the government, an important indicator of the evaluation of its policies and programs. At the same time a time of happiness is a common goal for which governments and the private sector work together."
The new coalition, Al Maktoum continued, is "an opportunity for its members to exchange ideas and experience, and learn from our experience and show the UAE's vision of the importance of happiness as the ultimate goal of any government."

In his opinion, "investing in happiness ensures security, peace and coexistence among peoples, happiness resists hatred and extremism." "We expect the Global Coalition of Happiness to be at the heart of positive change in the world," said the UAE Prime Minister.

The Emirates is a role model

In the UAE , where the authorities have achieved a very high standard of living of the population and are consistently introducing modern technologies into various spheres of life and economy, the term "happiness" has become one of the most important criteria and goals of the work of state bodies at various levels.

According to the country's authorities, the Emirates should live comfortably and prosperously, enjoy the achievements of technological progress and make their own tangible contribution to the formation of a happy and prosperous future not only for the UAE, but also for the Arab region and the whole world.

The government's approach vividly illustrates the fact that the The UAE Cabinet has the post of Minister of State for Happiness and Welfare. It is currently occupied by a woman, Uhud bint Khalafan al-Rumi.

The UAE authorities have prepared a series of ambitious projects that are expected to take the country to the next stage of development. Among them are the gradual introduction of artificial intelligence into the economy and the service sector, the launch of unmanned public transport, the development of scientific programs for space exploration and preparations for the creation in 2117 of the first human settlement on Mars. The implementation of these plans, as the government is convinced, will make the citizens of the UAE happier and proud of the success of the country.

Summit that shapes the future

The World Government Summit is held under the patronage of the Prime Ministers Sheikh Mohammed bin Rashid Al Maktoum, Minister of the United Arab Emirates and Ruler of Dubai. It was founded in 2013 and in a short time has become an international event.

As the organizers told a TASS correspondent, "the representative forum discusses ideas and technologies that change the world and shape the future." In addition, at the summit "there is an exchange of experience on the implementation of advanced technologies and methods of effective management in the public and private sectors."

The World Government Summit is actively used to "present bold innovative projects designed to make breakthroughs and change perceptions about the horizons of the possible".

The program of this forum also includes such topics as ways to achieve prosperity and justice in the society of the 21st century, responding to climate change, the prospects for human exploration of other planets, the role of biotechnology in medicine in the near future, and many others.

Azur Air intends to launch flights to Dubai and Thailand

South Korea is gradually returning to normal after the pandemic

Japan takes care of the most disadvantaged

Japan has opened the entrance for foreign tourists 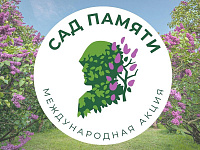 More than half of women in South Korea will become centenarians 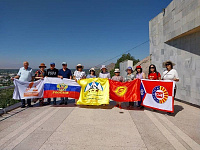