Chinese President Xi Jinping called on the Chinese people to revitalize rural areas and develop local creative industries.
The head of state made such a statement during a trip to Hainan province. 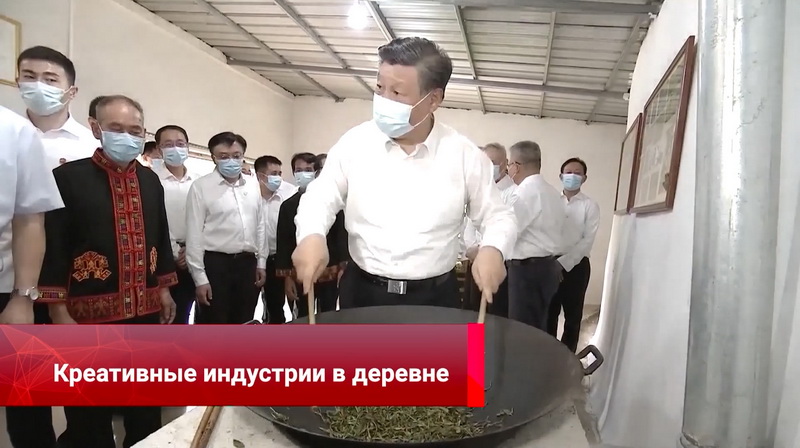 > He visited Mahona Tea Village, which is one of the centers of rural tourism in the province. The leader of the country visited the house of the Li people and attended a master class on roasting leaves. Here, Xi Jinping bought two packs of local tea.

He then met with villagers and officials and listened to their reports on the development of local industry and the preservation of traditional culture.< br> 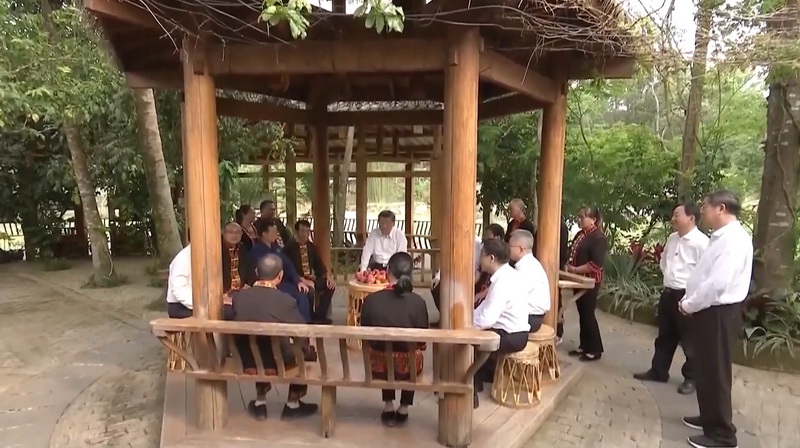 Xi Jinping, President of the People's Republic of China:

"In the past, we returned empty-handed from the mountain of treasures, but in the future, we will reap countless benefits." 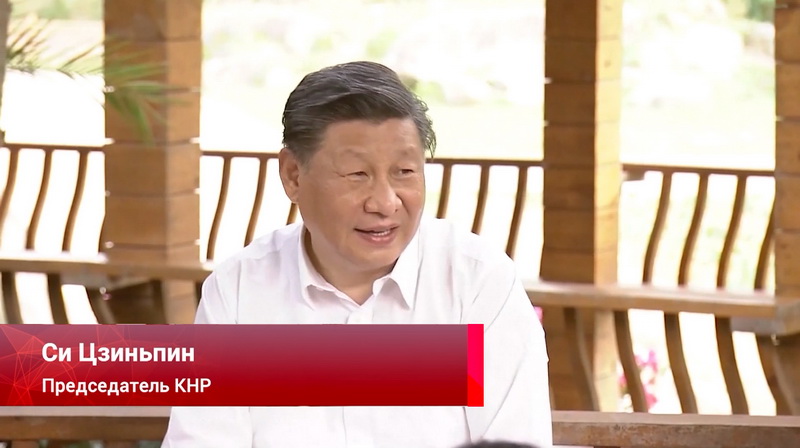 Xi Jinping urged to pay attention to the selection of rural officials. It should be talented business leaders, college graduates and veterans.

Talking about his vision for the future, the leader of the People's Republic of China emphasized that efforts are required from everyone to build a modern socialist country and achieve an average level of prosperity in society. And the revitalization of rural areas and the fight against poverty must go hand in hand with concern for the environment.

At subsequent meetings during the trip, the head of state outlined plans for the comprehensive promotion of small settlements and the idea of agro-industrial reform. The country should stimulate the development of unique local industries, as well as encourage innovation in rural areas. 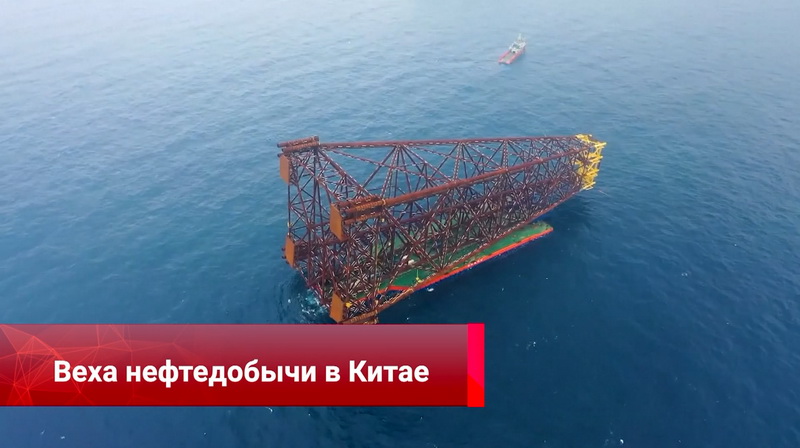 Haiji-1 was entirely designed and built in China. The support, 302 meters high and weighing 30,000 tons, will be used at the Lufeng field at the mouth of the Pearl River. Its maximum annual production is estimated at almost two million tons of crude oil.

The pier was securely fixed to the seabed. Further, it will play the role of a supporting structure for the drilling platform. 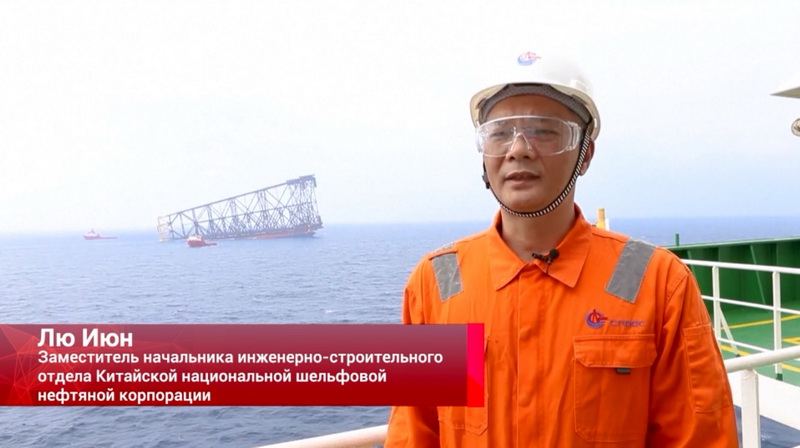 The design and construction of the Haiji-1 block helped solve a number of technical issues and find interesting solutions. They will be used in the following facilities of China National Offshore Petroleum Corporation.

Zhang Wei, Chief Engineer of China National Offshore Petroleum Corporation Shenzhen Branch:
< br> Haiji-1 is China's first attempt to develop a 300-meter deep-water pylon. Its success paves the way for the extraction of oil and gas resources at a depth of up to 400 meters.

world level. This is an important milestone for the country's oil industry. 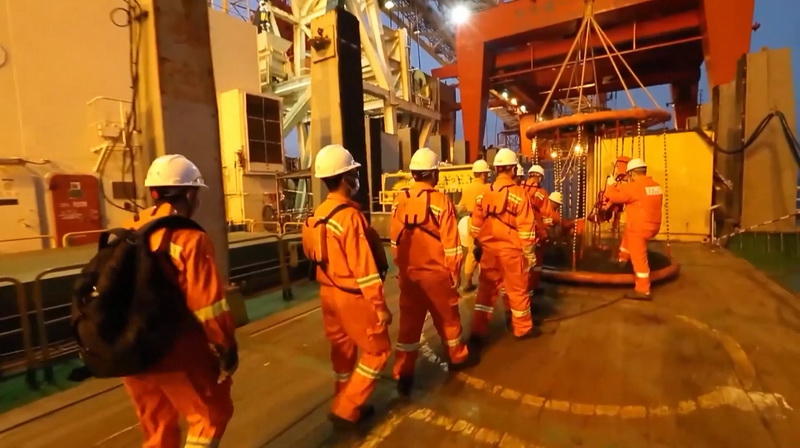 Three-level The classification of districts came into being in Shanghai due to the ongoing COVID-19 pandemic. The city was divided into zones of prevention, restrictive control and closed management. This should help to cope with the sharp increase in the incidence and buy time to build more hospitals.

Residential areas and complexes, where cases of COVID-19 infection were registered over the past seven days, were classified as closed management zones. 19. Their residents will have a week of complete isolation, and then another week of health monitoring. Social services will deliver groceries and essentials door to door.

There have been no new cases of infection in the restricted control zones over the past week, but residents should stay at home and monitor their health. They are also allowed to walk their pets and play sports in the spring air. 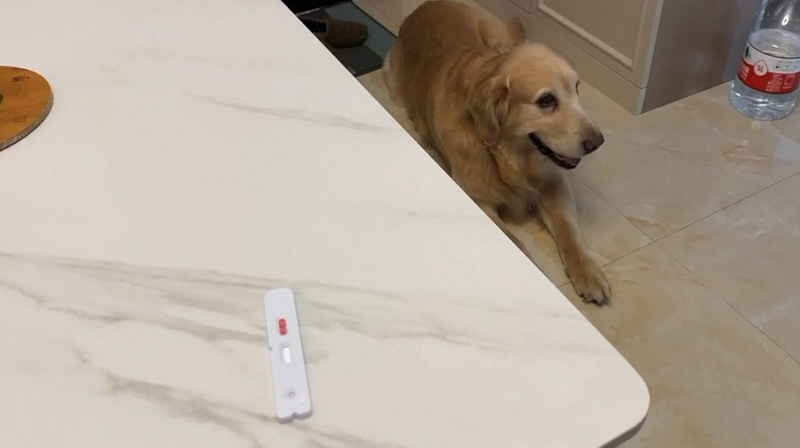 Those areas where there has not been a single case of coronavirus in the past two weeks are marked as prevention zones. Their residents can move freely within their area, but must avoid crowds. In parallel with the lifting of restrictive measures, the construction of temporary hospitals continues. 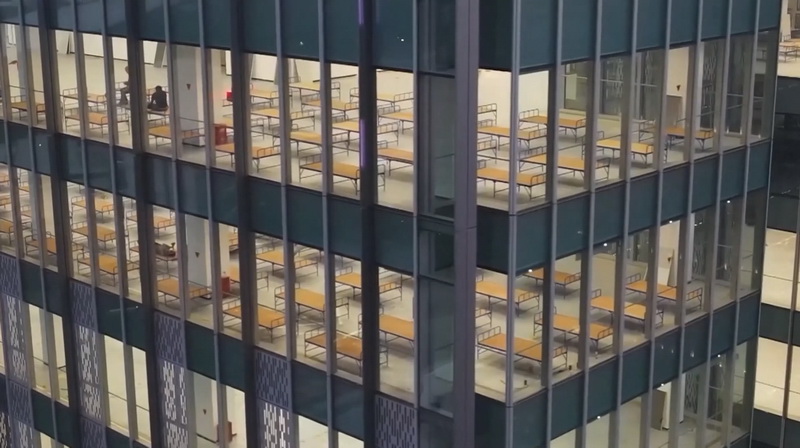 “We also worked at night. It was necessary to prepare an office building with an area of 50,000 square meters for the hospital within 48 hours. More than 1,000 builders participated in this. 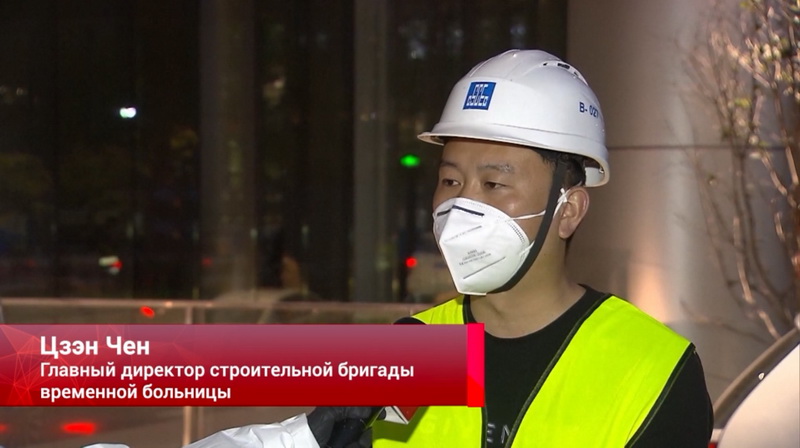 Local resident Zhang Weifeng was one of the first 500 cases during the current wave of COVID-19. A makeshift medical center in Pudong business district became his home for a week.

“Doctors visit us every day, and the nurses also constantly look after us. Volunteers work daily at the hospital to reduce the burden on medical staff.”

Recovered patients are required to disinfect their belongings and pack them in yellow bags before how to leave the hospital. It will be possible to get clothes only after 14 days. After being discharged, citizens must go through a seven-day stage of self-control at home.

The Baihetan Hydroelectric Basin in southwest China has officially reopened after its first inspection since it opened in May 2020. The inspection lasted 4 months. 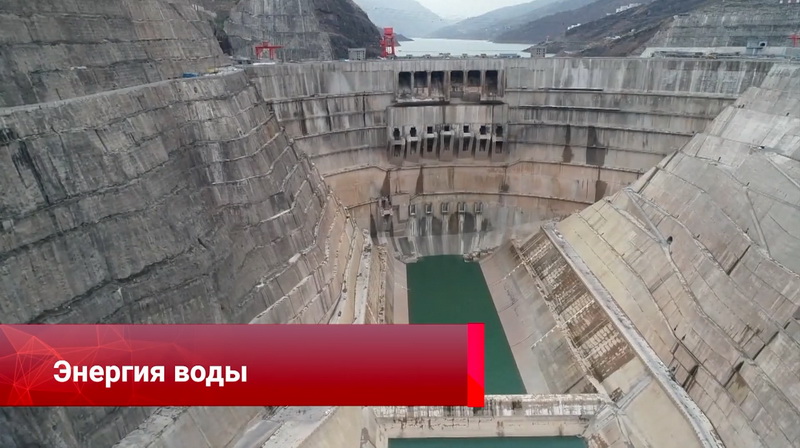 “During operation, the pool was exposed to high-speed water flows for a long time. This could have damaged his hull, so regular checks are necessary. According to the results, we can see that there was practically no erosional and anomalous damage in the concrete of the pool. The bottom slabs of the excavation are smooth and flat, and there are no leaks or cracks. This means that the catchment area has passed the tests perfectly.”

The Baihetan Basin is the largest in the world. This is a vital facility, which is entrusted with the functions of diverting floods, as well as stabilizing the riverbed behind the dam. The designers gave it the shape of an inverted arch. With a depth of 48 meters, it can hold 2 million cubic meters of water. 1000 standard swimming pools have the same volume. 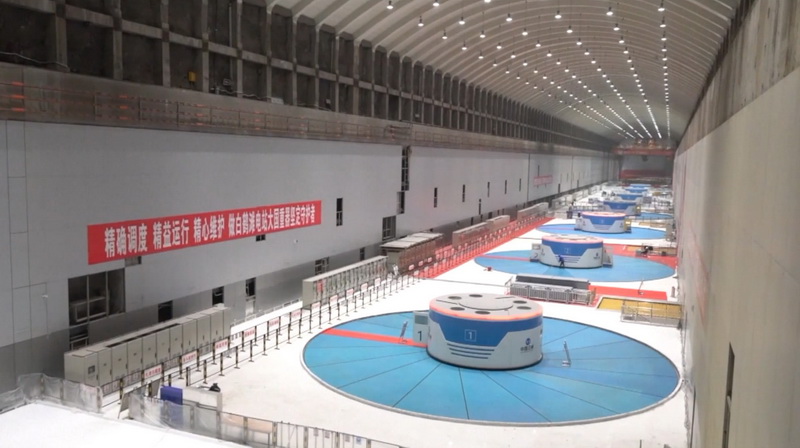 Since the commissioning of the first power unit in 2020, the Baihetan Hydro Power Plant has generated more than 23 billion kWh of electricity. In terms of capacity, it is the second in the world after the Three Gorges HPP in Hubei Province.

The crew of the Shenzhou-13 spacecraft completed more than 20 scientific experiments during their stay in orbit. Some space explorers from the Middle Kingdom were the first in the world to conduct some research and achieved outstanding results in a record 6 months in the main module of the Tianhe space station. 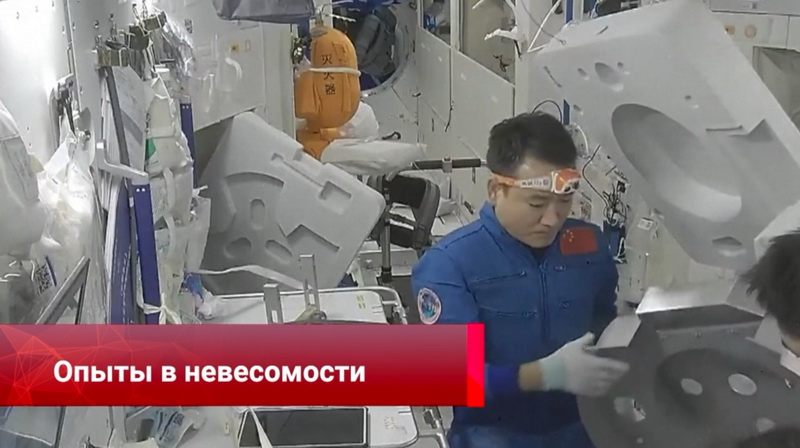 “The crew of Shenzhou-13 conducted scientific experiments based on the data obtained by the previous mission, Shenzhou-12. These experiments were carried out as part of the study of the health of astronauts in weightlessness, and the taikonauts also collect data for subsequent scientific discoveries. 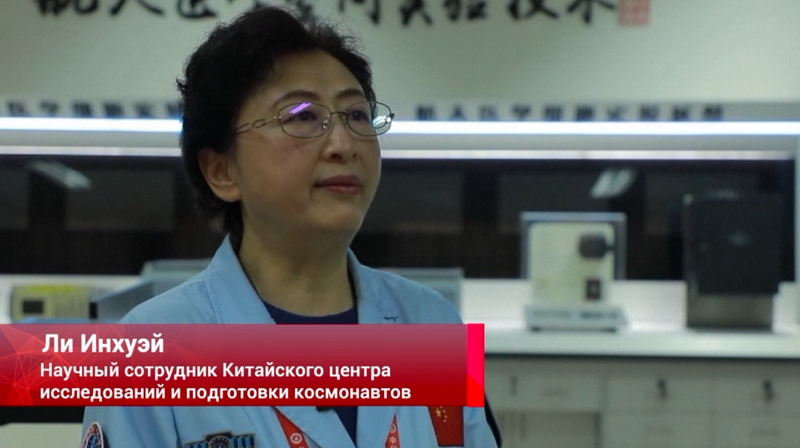 The state of weightlessness is ideal for studying the origin of life. During the mission, Chinese astronauts created a long-term cell culture system and cell models. Experiments were also carried out with cardiac muscle cells. 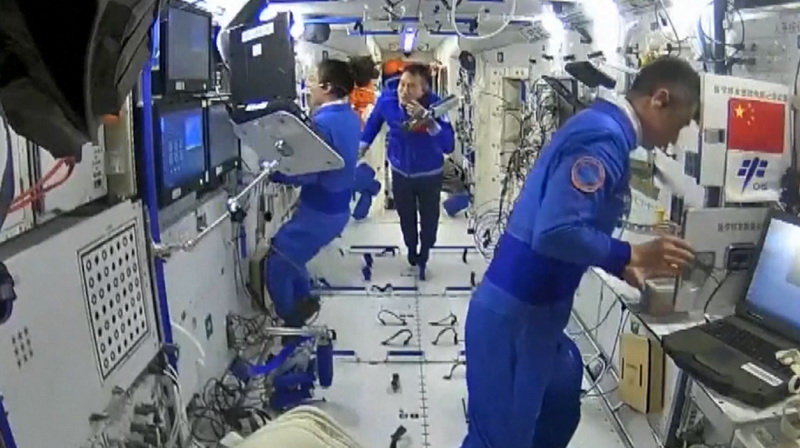 “On the one hand, this technology will be useful for understanding the cardiovascular changes in astronauts in zero gravity. On the other hand, it also provides a good experimental model for the study of human public health, regeneration and aging. This concerns longevity and the occurrence of heart disease.”

In addition, Chinese researchers have completed the world's first long-term experiment to grow skin stem cells in zero gravity. 13" launched in October last year. This is the longest stay of taikonauts in orbit in the history of the Chinese space program.

The National Skating Stadium, which was one of the main venues for the Winter Olympics, will soon open its doors to the general public. Everyone will be able to ride on its huge ice rink and watch competitions. But before the official opening, the builders of the Olympic facility and their families were invited there with a tour.

The skating stadium, also known as the Ice Ribbon due to its shape, is renowned for its conceptual design and cutting-edge technology.  During the Winter Games, ten Olympic records were set there and one world record was broken.

Li Shaohua, construction manager of the National Skating Stadium:
“We feel a great sense of satisfaction seeing the result of our work. When the stadium is open to the public, we hope that people from all walks of life will be able to come and ride and watch the competition.” 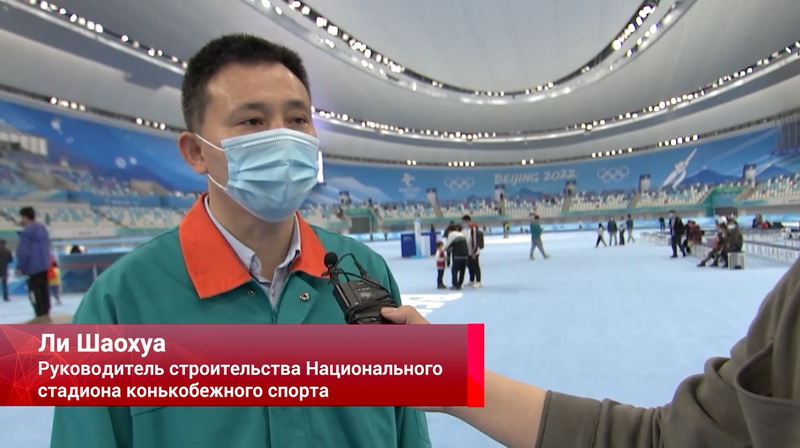 The site will open for visitors at the end of April . The stadium management promises that every fan of winter sports will find something to their liking here.

Peaches, jackfruits and beans are harvesting in full swing in southern China.

Nearly 40 hectares are occupied by jackfruit or breadfruit plantations in Hunan province. The income from its harvest will be more than two million yuan. Farm workers say they have spent years improving the taste of the fruit. 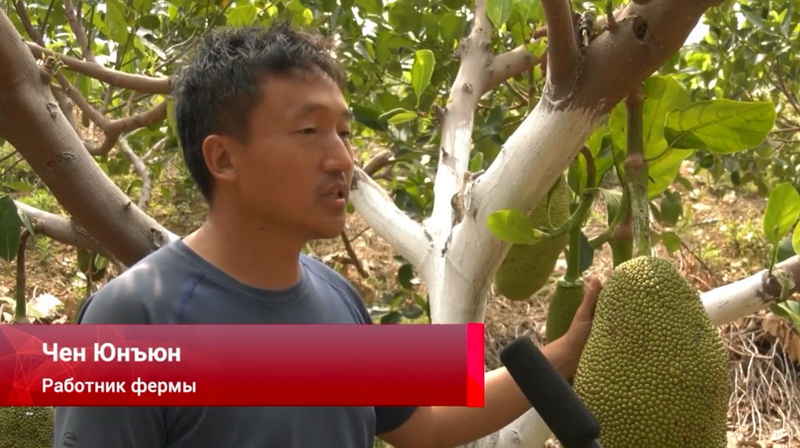 < i> “Our fruit trees were planted in November 2017. But until this year, we almost did not put the crop up for sale. Today we want to offer consumers something of high quality, something unusual.”

Meanwhile, an agrotech company in neighboring Kaiyuan City has developed two new varieties of peach after years of effort. They ripen two months earlier than most other sweet fruit varieties. This allows the farm to be the first in the region to make money on the love of summer delicacy, while growing peas and beans brings the greatest benefit to residents of other counties. 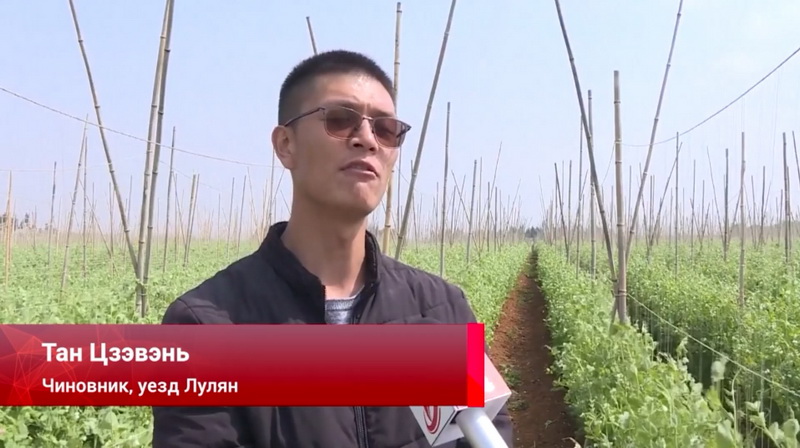 "We planted about 100 hectares of peas and earned a total of 24 million yuan."

Thanks to such a rich harvest farmers expect their incomes to increase this year compared to previous ones.


Icebergs formed on the Ulungur Lake in Xinjiang

Miraculous the spectacle can be seen at Ulungur Lake in the Xinjiang Uygur Autonomous Region. Spring has already come to many regions of the country, but here real icebergs have formed on the surface of the reservoir due to strong winds.

This lake always freezes in winter. And in the spring, when the temperature rises, the broken pieces of ice drift towards the shore. The wind pushes them to the ground, they accumulate and gather in rows of arched icebergs. Some of them reach a height of up to several meters. Ice walls stretch for tens of kilometers on the surface of the lake. The rare beauty of the landscape has already attracted photographers and nature lovers from all over the country. 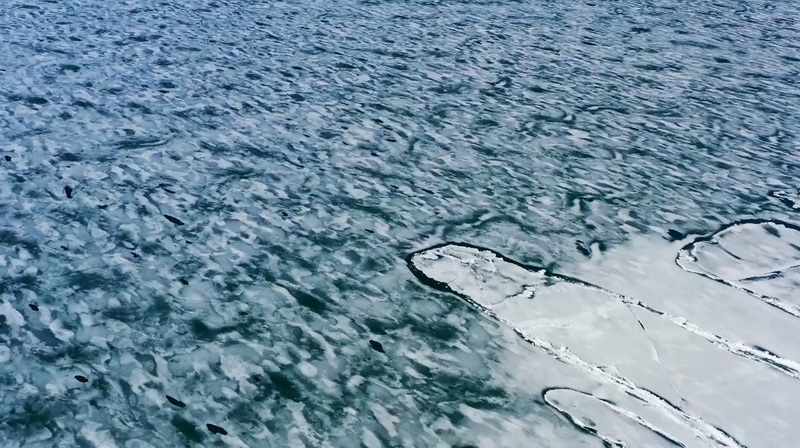 Russia and China to jointly develop health certificates for travelers

The largest aquarium in the Middle East will appear in Oman