The Prime Minister of Japan apologized for his participation in the crowded dinner.

Japanese Prime Minister Yoshihide Suga apologized for his attendance on December 14 at a crowded dinner attended by eight people, including Toshihiro Nikai, general secretary of the ruling Liberal Democratic Party. On Wednesday, the head of government himself told reporters in Tokyo on Wednesday.

“Although a sufficient distance was maintained between the dinner participants, I truly regret that what happened caused misunderstanding among the population,” said Yoshihide Suga, answering a question , whether he considers such an event appropriate in the conditions of the spread of coronavirus.

According to the Kyodo news agency, the government earlier urged the people of Japan to refrain from eating in large groups in order to prevent infections.

The situation with the spread of the coronavirus in Japan began to worsen from the beginning of November. The total number of cases of infection exceeded 185.4 thousand, more than 2.4 thousand were recorded. deaths. 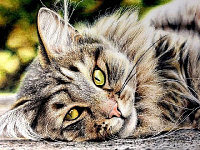 Eid al-Adha will be held in Moscow online

Day of the Unknown Soldier celebrated in China

Japan has developed a method for the rapid detection of omicron