On December 19, the official opening of a new infectious diseases hospital in the city of Sterlitamak of the Republic of Bashkortostan took place. & nbsp;


This is the second such object in the region. The first - in the Ufa region (the village of Zubovo) was built in 55 days. It took 50 days to build the facility in Sterlitamak. Such terms of construction were achieved thanks to the use of technology of prefabricated structures. The new infectious disease center will receive the first patients on Monday, December 21. Minister of Health of the Russian Federation Mikhail Murashko in his video message congratulated the residents of the republic on the opening of the second covid hospital in the region.

approx.) solemnly opened a clinical diagnostic infectious disease center in the city of Ufa. Then, at the solemn ceremony, we talked about the need to replicate the project of prefabricated hospitals, because in a pandemic, such facilities are in great demand in healthcare and allow you to quickly increase the capacity of the medical network. And today we have a wonderful reason for joy and pride - the start of operation of a new infectious disease center in Sterlitamak. This hospital, just like its older brother, was built quickly, efficiently, has all the necessary equipment and infrastructure to treat patients with coronavirus infection of varying severity. There is also a powerful diagnostic department, an operating unit, its own microbiological laboratory, and most importantly, there are qualified medical workers who can apply all their knowledge and skills to help the residents of the republic,” said Mikhail Murashko. 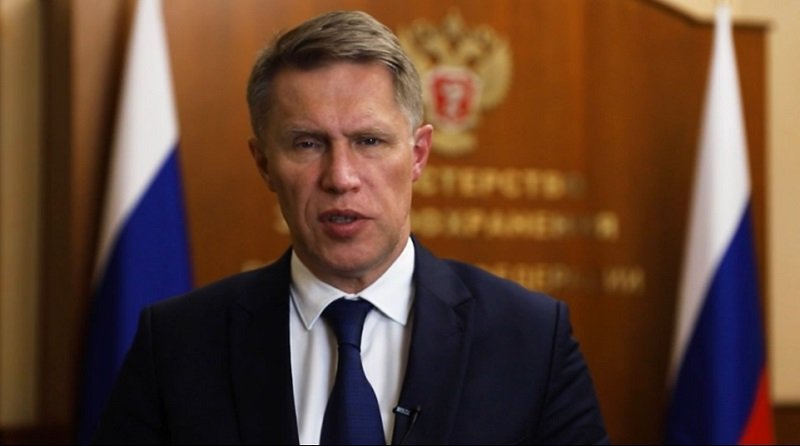 The area of the new hospital in Sterlitamak is 15000 square meters. There are 74 boxed wards on its territory, including 60 boxes (20 for children and 40 for adults) and 14 intensive care units. One resuscitation center specializes in helping newborns - the experience of operating an infectious diseases hospital in the Ufa region showed the need to build children's departments at such facilities. The new hospital also has a delivery room and a modern bacteriological laboratory, which has no analogues in the Republic of Bashkortostan.

the republic did not build so much. This year, we commissioned the oncology building of the dispensary, we activated the construction of a cardiodispensary, we started building a center for pediatric hematology and oncology, we started building a large polyclinic for our hospital. Kuvatova, we are building two polyclinics in the districts, we have built 100 FAPs, we are building a hospice. Do not list how many healthcare facilities we are building. In fact, this is the debt that we must give to healthcare and, above all, to doctors. We have doctors, doctors fight courageously, many of them have been ill, we have lost many doctors. They couldn't handle the disease. And for us now this mission is very, very important. Of course, we have big plans ahead, as I have already said that only for the development of primary (health care units - approx.) Until 2025, by decision of the Government of the Russian Federation, by decision of the President, who did not stop this program, we receive almost 16 billion rubles. 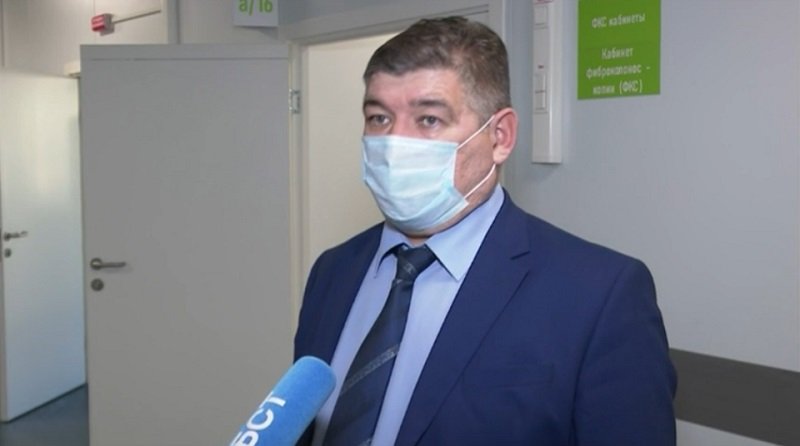 In the photo: Radik Galimov, chief physician of the Clinical Infectious Diseases Hospital of the Republic of Bashkortostan in the city of Sterlitamak

That is, this is an opportunity by 2024 significantly strengthen our healthcare system, and as we have always agreed with our Minister of Health, we must not come out of the pandemic weakened, but rather much stronger and more confident to meet any challenge that we may have ahead. On this day, I want first of all to once again thank the doctors, nurses, nannies - all the healthcare workers who work. You heard, literally the day before yesterday there was a direct line from the President, how many kind words everyone said to the doctors, so I bow to you all. No matter how much we say, but this will not be enough to express the words of our respect and admiration for your courage and heroism. And today, of course, I would like to thank our builders, because the builders are already building the second such facility, in fact, this is not the second for them, because they took part in the construction of the Chelyabinsk covid hospital. I think that in Ulyanovsk they will also help to build, but this is how we, as comrades-in-arms, like brothers, helping each other, solve the complex problems of our country. So this is a big event. I would like to thank Andrei Gennadyevich Nazarov, the Prime Minister of the Government, because it was his original idea, at that time it seemed crazy to me, and now it sometimes seems so, but the most important thing is that we help people, ”said the Head of the Republic of Bashkortostan < b>Rady Khabirov during the opening ceremony of the covid hospital.

b> announced that a new infectious disease center would appear in the republic in less than two months, no one believed that this was possible. Therefore, our project for the rapid construction of hospital facilities is truly unique. Yes, China was the first to deploy covid hospitals, but their projects did not suit us either in terms of infrastructure or operation in our weather conditions. This project is designed for 30-40 years. Now no one needs centuries-old buildings that are very difficult to re-equip to modern requirements, to change the medical “stuffing”. In this regard, such projects can truly become a "panacea" for the Russian healthcare system - a quick, cost-effective construction that meets all the needs of the population in a specific time period in a specific locality. Such a hospital can also be dismantled as soon as possible and a new facility built for other needs in its place. Only in this way will we be able to effectively reflect all the challenges of the current reality,” said the Prime Minister of the Government of the Republic of Bashkortostan Andrey Nazarov.

The capacity of the Sterlitamak hospital in normal operation is 74 beds with the possibility of expanding the bed fund to 282 beds, and in case of emergency - 312 seats. In addition, a dormitory for 24 employees is provided on the territory of the facility, 40 employees in emergency mode.
The project complies with all current sanitary standards and recommendations of the Russian Ministry of Health. The architects took into account the wishes that arose during the operation of a similar hospital in the Ufa region: they expanded the corridors, made more spacious rooms for the staff.

It is worth noting that more than 15 regions of Russia. For example, a similar facility was put into operation in the Chelyabinsk region in November, the construction of which took 74 days.

Commissioner for Diaspora Affairs of Armenia leaves for Russia

Xi Jinping called for the harmonious coexistence of man and nature

Young compatriots from 35 countries took part in the forum-seminar in St. Petersburg

State support of tourism was discussed in Vladivostok