Beijing successfully held the winter games in the difficult conditions of the COVID-19 pandemic, said International Olympic Committee President Thomas Bach. He stressed that measures to protect athletes, such as the closed bubble system, have made Beijing one of the safest venues in the history of competition. This Olympics showed the whole world that in an atmosphere of solidarity, where the contribution of everyone is important, everything is possible - even holding a world-class event in a pandemic, the head of the IOC noted. 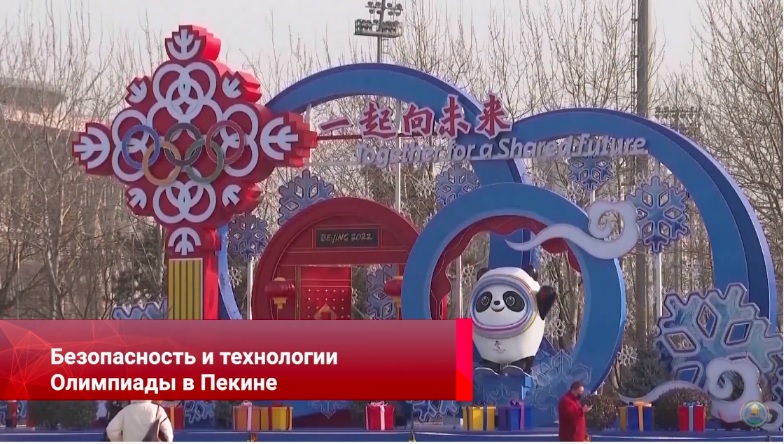 In addition, records at the Beijing Games installed not only sports, but also spectators. Nearly three billion comments have been posted on the Olympic Committee's social media accounts. About two billion people watched the competition on TV and online platforms. The China Media Corporation was broadcasting in ultra-high definition 8K, and this was one of the reasons for the huge popularity of the Olympics, even among those who had not been interested in sports at all before. 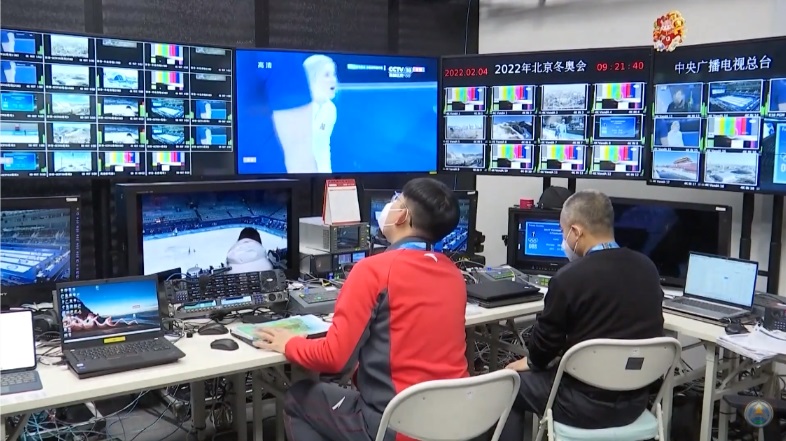 According to Thomas Bach, more than three hundred million Chinese people have been introduced to winter sports through the World Games. The IOC President praised the outstanding work done by the China Media Corporation for high-quality broadcast of the Games in real time, and also noted the cordiality of the inhabitants of the Celestial Empire, their warmth and hospitality. The Winter Olympics brought breakthroughs in many areas. Thomas Bachexpressed his confidence that these technologies will be more widely used in other events, and Chinese science and technology will contribute even more to the Olympic movement in the future. 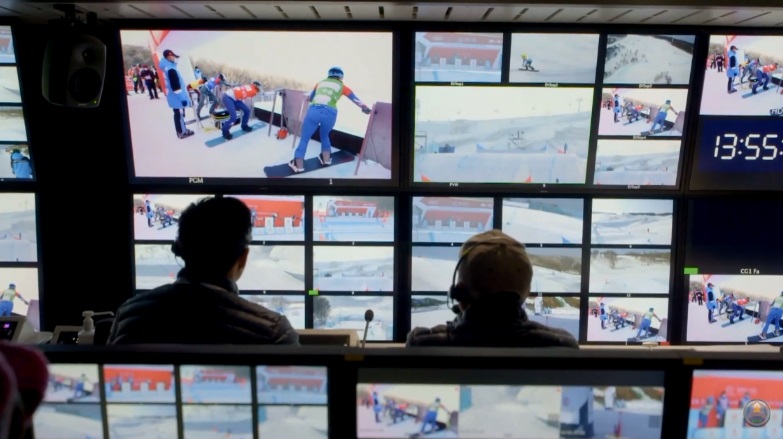 China Media Corporation is one of the most promising broadcasters in the world, says Olympic Broadcasting Service CEO Yannis Exarchos. The thing is that the Media Corporation successfully introduces new technologies into its work, which became obvious during the Olympic Games. Broadcasts were conducted using ultra-high definition technologies on ultra-modern equipment. Thanks to this, the audience had the effect of being at the competition. Showing the World Games in ultra-clear resolution was the goal of the China Media Corporation. In the future, this will accelerate the growth of the entire industry and lead to the mass distribution of 8K technology and related TVs in every home.

Yannis Exarchos, Director General of the Olympic Broadcasting Service:< /i>

“This is the most comprehensive work of broadcasting the Games on all platforms that we have seen in the history of the Olympics. China Media Corporation is one of the most forward-thinking and forward-thinking broadcasters in the world, both in terms of introducing new working methods and cutting-edge developments. Today, this company is at the forefront of the industry.”

The head of the Olympic Broadcasting Service also admired the equipment that was developed for the Olympics, including a high-speed orbital camera. Thanks to her, millions of viewers around the world watched the broadcasts incessantly. The system was named "Cheetah" - it, like this fast beast, can move at speeds up to 90 kilometers per hour. The camera approaches the athletes and captures all their movements. 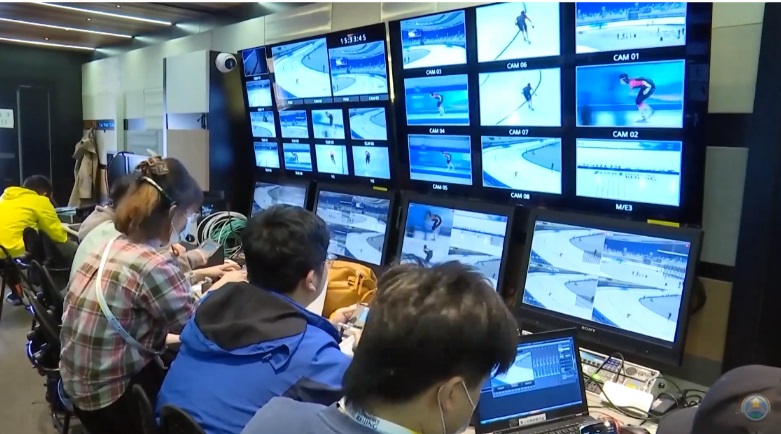 “The new Gepard system captures even very fast movements brilliantly. I think that's one of the reasons why the Games were so interesting to watch."

Exarchos also noted that the China Media Corporation and the Olympic Broadcasting Service share the same goals and visions and their collaboration will continue even after these iconic Winter Olympics.

“The election for the sixth term of Hong Kong's chief of staff, scheduled for March 27, 2022, will take place on May 8. Thus, the registration period for candidates for this post will be shifted from February to the first half of April.”

More than 3,600 new cases of COVID-19 infection were registered in Hong Kong on Friday. According to Carrie Lam, Hong Kong is experiencing the largest outbreak of coronavirus since the beginning of the pandemic and added that the government should focus all its resources on fighting the pandemic. Mainland China has already sent a team of leading epidemiologists to support Hong Kong in the fight against COVID-19.


Beijing achieves carbon neutrality at the Olympic Games
< br> The Beijing Winter Olympics were the first ever carbon-neutral World competition. All sports facilities are environmentally friendly and operate using energy only from "green sources". This was stated by the head of the Academy of Environmental Planning under the Ministry of Ecology and Environment of China Wang Jinnan. Thus, the Chinese government has fulfilled its promise to host a greener Olympic Games. In particular, for some competitions it was decided to use old facilities instead of building new ones. 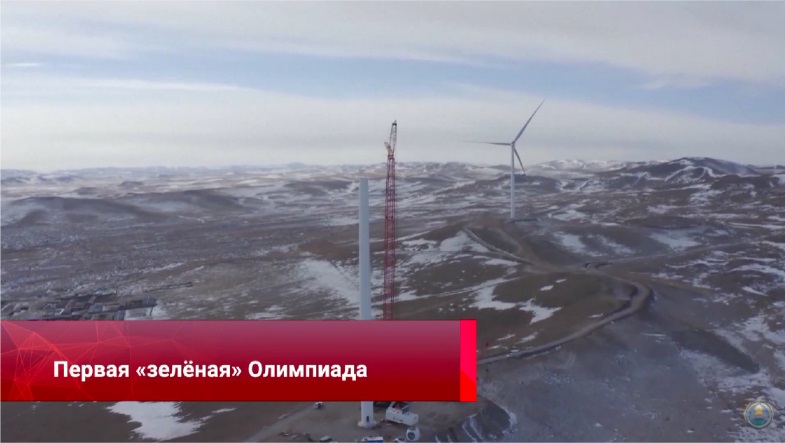 After the necessary repairs, the competition was hosted by the Bird's Nest stadium, the Water Cube and Ukeson sports centers. This reduced the environmental impact that active construction would have caused. The National Ice Skating Palace, or Ice Ribbon, is the first ever Winter Olympics to use carbon dioxide as its coolant, with a near-zero carbon footprint. 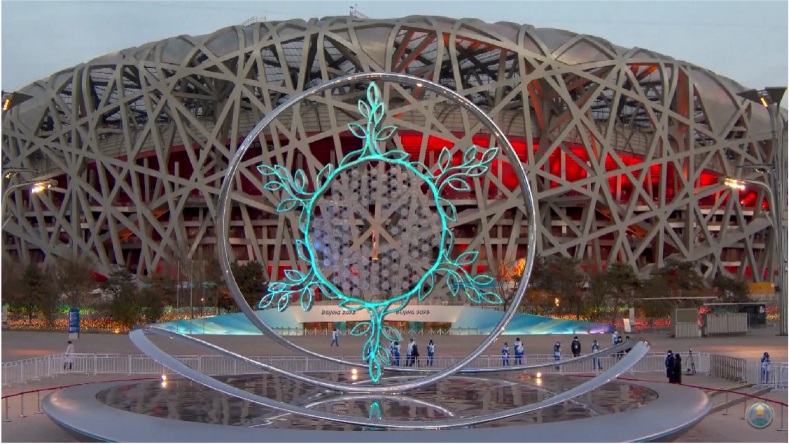 Buses were used to service the Olympics and hydrogen powered shuttles. They made up 85% of all vehicles at the Games.

Wang Jinnan also revealed that China has fulfilled its commitment to hosting a carbon neutral Games through intensive use of solar and wind energy, active reforestation and changes in agricultural practices to reduce greenhouse gas concentrations.

During this time, the share of coal in China's energy consumption has decreased to about 56%, and the share clean energy increased to 25%. China ranks first in the world in photovoltaic, wind and power generation, as well as in the production and sales of vehicles powered by alternative energy sources. 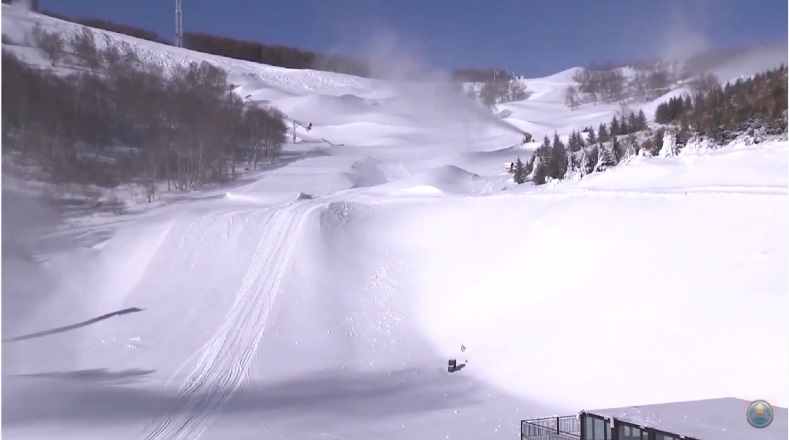 By 2020 China's carbon dioxide emissions have fallen significantly in 2018, exceeding the country's stated emissions reduction commitments. China is also one of the countries with the highest rate of energy intensity reduction per plan. 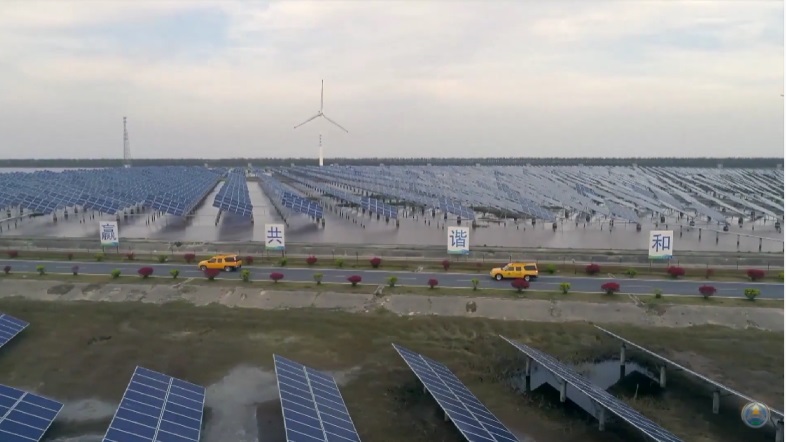 Military skill competition held in the Tibetan city of Shigatse

The military unit of the Shigatse military district of the Tibetan military command held a military competition skill. The first discipline is a three-kilometer cross with weapons and in full uniform at an altitude of more than 4000 meters above sea level. The soldiers experienced a lack of oxygen and chills, but this did not soften the strict judging team, which monitored the observance of all the rules by the participants. 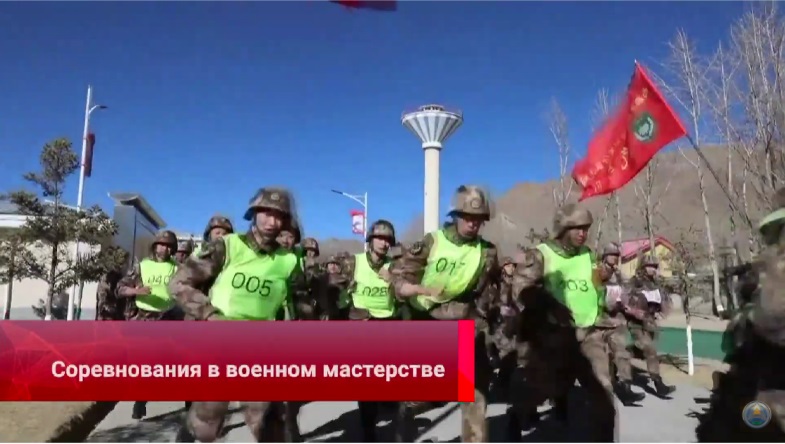 After the cross-country, the servicemen competed in flips on the horizontal bar. This exercise showed strength, flexibility and coordination. The next stages of the competition were grenade throwing, firing from military weapons, reading maps of the area and setting up tents in conditions as close as possible to combat. To achieve a good team result, a clear division of tasks was required. 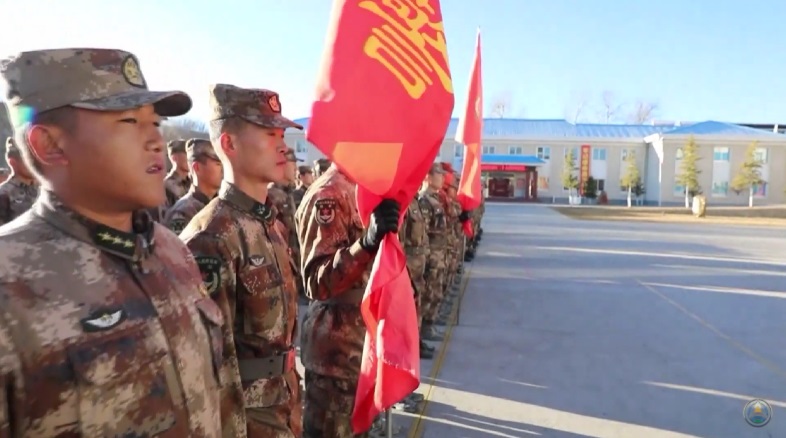 Sun Zhixian, commander of the motor transport corps of the military unit:

“Now we will focus on the weak points in our training. We will solve problems and motivate soldiers for constant training in order to comprehensively improve the combat competence of our troops.”


The latest Chinese developments were shown at the Games

The Beijing Winter Olympics is not only an international sports festival that took place against the backdrop of the COVID-19 pandemic. 19, but also a demonstration site for high-tech developments in China. 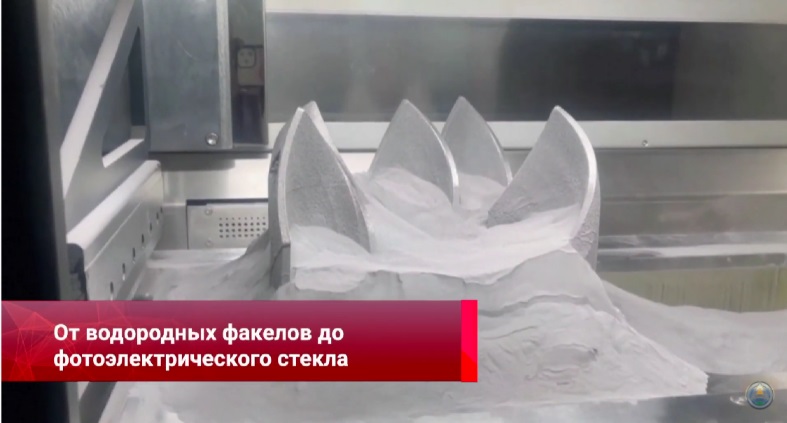 The ribbon-shaped Winter Games torch, called the "Flying" torch, is the world's first hydrogen-fueled Olympic torch. When it was created, new materials were used that guarantee combustion in all weather conditions. All Beijing Olympic torches were 3D printed.

“With the help of 3D printers, we were able to produce many complex parts at the same time. Thanks to this, the aesthetic design of the Olympic torch is combined with its functions.”

The attention of viewers and experts was attracted by another high-tech product that was first used in Beijing - photovoltaic glass for generating electricity, which reduces carbon emissions to almost zero. 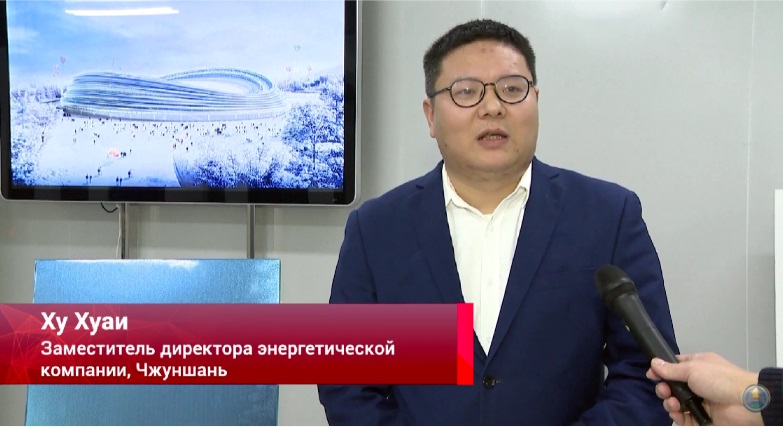 < i> “This photovoltaic system complex generates about 500 thousand kilowatt-hours of electricity per year, which is equal to saving 200 tons of standard coal and reducing carbon dioxide emissions by 480 tons per year. It provides round-the-clock ice production at the National Skating Palace.”

The National Speed Skating Palace, or Ice Ribbon, is the only object for competitions on ice, which was built specifically for the Beijing Winter Olympics. It covers an area of about 80,000 square meters and can accommodate 12,000 spectators. During the Olympic Games, speed skating competitions were held here, at which 14 sets of medals were played.

Xiamen Egret Stadium almost completed! Workers have finished installing the steel structures of the roof of the sports facility. In 2023, the Asian Football Cup will be held here. More than 8.5 billion yuan (more than a billion US dollars) has already been invested in the new football ground. The stadium covers about 180,000 square meters and can accommodate more than 60,000 spectators. 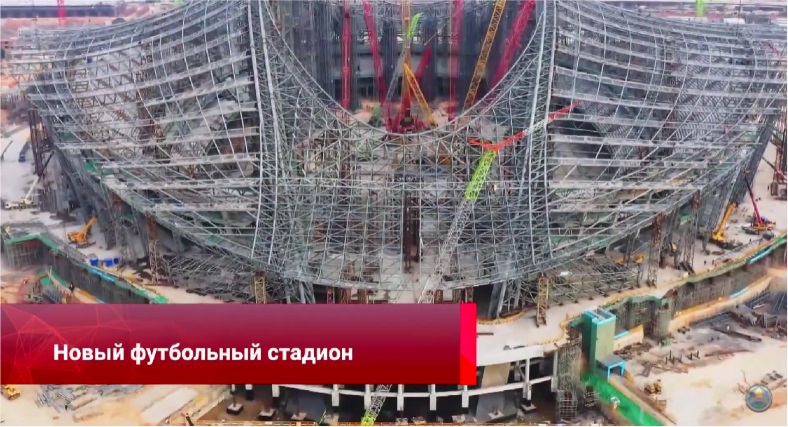 At the same time, 25,000 spectator seats can be moved to the right places or taken out, which means that in the future the football stadium can be transformed into a venue for competitions in other sports. Xiamen Egret will be the first sports center of its kind in China.


A rare mirage was filmed in Xinjiang

Beautiful A natural phenomenon - a mirage - was seen by locals and tourists in the Kumtag Desert in northwest China. The combination of majestic yellow sands and blue skies has always attracted the attention of photographers, but recently the usual landscape has changed. Small puddles formed above the sand, and after a while they turned into a lake, on the surface of which aquatic plants became visible. A little later, dunes appeared near the lake. 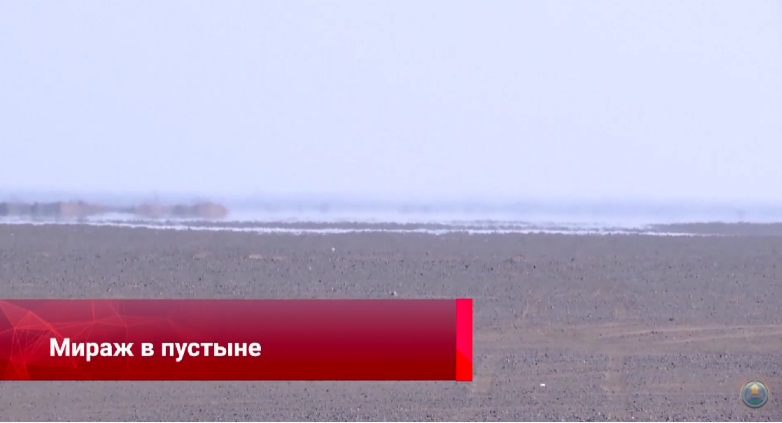 Mirage is an optical phenomenon in which light rays penetrate into layers of air of different density, reflect from them and form an image of distant objects. 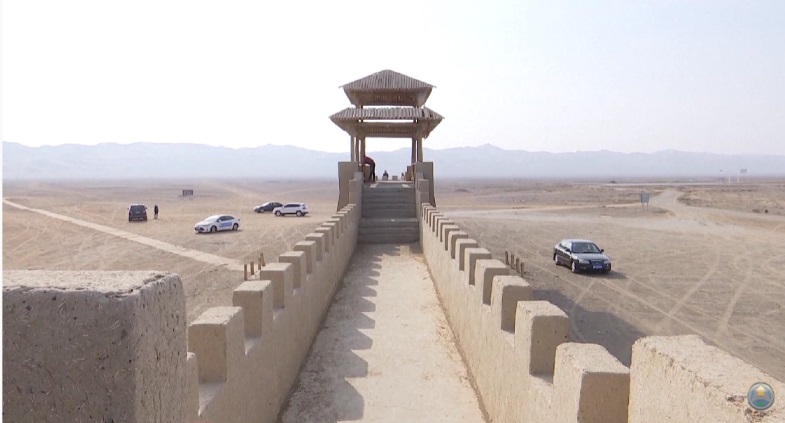 The Mirage appeared more than once in the Kumtag Desert, usually it happened in the warm season from May to October. Recent snowfall, clear skies and high visibility contributed to the appearance of this February fantastic landscape, about 20 kilometers long.< br>

The shaman performed a ceremony in Chelyabinsk

The best beers will be presented in North Ossetia 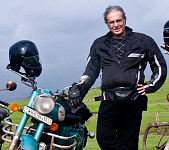 Aditya Raj Kapoor: There is a lot of Europe in Russia, but there is no Russia in Europe

The second metro line will appear in Yekaterinburg

WHO team "resting" in quarantine in China