The third phase of clinical trials of the QazVac vaccine has been completed in Kazakhstan.

Kazakh scientists have completed clinical trials as part of the third phase of trials of the domestic coronavirus vaccine QazVac. This was announced on Monday at a briefing by the developer of the drug, director general of the Scientific Research Institute (NII) for Biological Safety Problems Kunsulu Zakarya.

“In the third phase, all clinical trials have been completed. On July 9, we collected the latest analyzes, after which, until the end of July, a huge layer of data was processed, 3 thousand people participated. At the end of July, we prepared the final report on the third phase, it was submitted to the National Center for Expertise of Medicines and Medical Devices,” she said.

According to her, the conclusion of the National Center for Vaccine has not yet been received. “But following our report, which was prepared by our institute, clinical trials of the first Kazakh vaccine QazVac were successful,” said Kunsulu Zakarya.

Institute of Biological Safety Problems of Kazakhstan. The first batches of the vaccine were produced on the basis of this research institute and entered the regions of the country. Vaccination with a local drug against coronavirus began in Kazakhstan on April 26. QazVac is recommended for persons aged 18 years and older. The drug is administered intramuscularly in two stages, the recommended interval between which is 21 days. Vaccine developers are awaiting approval from the World Health Organization. As the head of the research institute said on Monday, since April the institute has produced and delivered to the warehouses of the single distributor of medicines SK-Pharmacy 1 million doses of the vaccine.
Kazakhstan research vaccine coronavirus COVID-19 TASS
|
Facebook
|
Twitter
|
VKontakte
|
Odnoklassniki 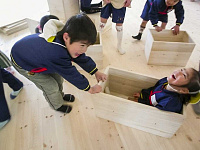 Potato Day will be celebrated in Uzbekistan

Baghdad approves project to save seven Iraqi cities from drought

Xi Jinping took part in the preparation of festive buns

Energy products will not be sold to teenagers in Uzbekistan