China's first coronavirus vaccine based on messenger ribonucleic acid (mRNA) technology was found to be safe, effective and well tolerated in early clinical trials. This was reported by the Shenzhen Daily newspaper on Friday, citing a report published in the medical scientific journal Lancet Microbe.

This is a vaccine called ARCoV. The principle of its action is similar to the Western drugs Pfizer - BioNTech and Moderna. The novelty was developed by Abogen Biosciences  and Walvax Biotechnology in cooperation with the Academy of Military Sciences of the People's Liberation Army of China.

Testing of the drug took place in a hospital in Hangzhou (eastern Zhejiang province) from October 30 to December 2 last year. The studies involved 120 people aged 18 to 59 years.

The vaccination procedure included two injections, while doctors evaluated five types of doses: 5, 10, 15, 20 and 25 micrograms. It was found that doses of 15 mcg induced the highest titers of neutralizing antibodies, twice as high as in recovering patients from COVID-19.

During the 56 days after the experiments, no serious side effects were recorded. Phase 3 clinical trials are currently underway with a large number of participants.

Mass production of the drug is planned at a facility in the southwestern province of Yunnan, which is specially built by Walvax Biotechnology. At the initial stage, it is planned to produce about 120 million doses per year there.
China COVID-19 coronavirus vaccine trials effectiveness TASS
|
Facebook
|
Twitter
|
VKontakte
|
Odnoklassniki

Young experts from Kyrgyzstan talked about power and society 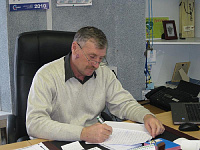 The Regiment of Excellent Conservationists has arrived!

Vietnam cancels quarantine and vaccination passports for entry into the country

Over 1 million citizens vaccinated in Tajikistan

Russia contributes to the reorganization of the armed forces of Armenia

Indonesia is the first in Asia to register Avifavir

More than 100,000 people attended the Fast and the Furious festival and the finals of the Tank Biathlon 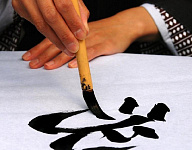 Saudi Arabia to reopen borders on May 17