China Media Corporation held between international video festival dedicated to the UN Chinese Language Day. This holiday was established in 2010 and is celebrated annually on April 20.

General Director of China Media Corporation Shen Haixiongin his speech at the festival said that the United Nations Chinese Language Day Nations gives people all over the world the opportunity to see how traditional Chinese culture has evolved into a new era and how it contributes to the promotion of multiculturalism.

The cross-cutting theme of the holiday is “Chinese Chic”. That is how the video contest dedicated to the festival was called. More than 900 works from 45 countries from all continents were sent to it. The videos are dedicated to how young people perceive Chinese cultural heritage. The virtual event showed 14 videos that made it to the final. Their authors received awards. 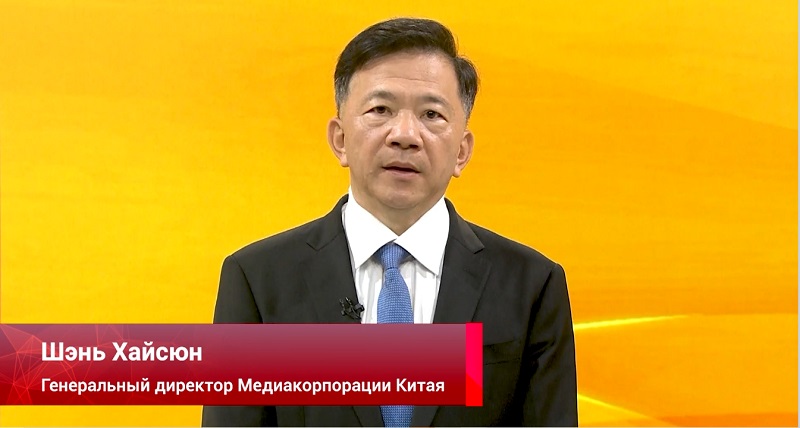 “This year we invited friends from all over the world to the video festival to see how foreign influencers learn how to make traditional Suzhou fans, how a Serbian artist creates Chinese-style ink paintings, how a virtual singer Luo Tianyi i> performs the Chinese folk song "Jasmine Flower". We believe that by combining artwork and communication technology, we can better show how traditional Chinese culture has developed and continues to be updated in the new era." 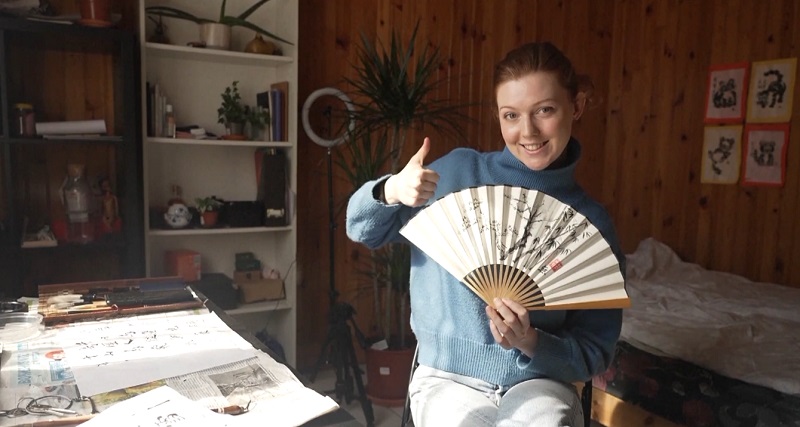 Shen Haixiong also said that the China Media Corporation has taken responsibility for promoting mutual understanding between the people of China and the people of other countries.

“UN Chinese Language Day is a day dedicated to the diversity of languages and cultures and aimed at promoting the concept of multilateralism. Today, the international environment is undergoing profound and complex changes, and a pandemic has also occurred. Nothing like this has happened for a hundred years, and it is all the more important for us to reach consensus and work together. As the state media flagship of the country, we will continue to carry out a responsible mission: to break down barriers and strengthen mutual understanding. We do this to bring peace and tranquility to the world, and to jointly build a World Community with a Shared Destiny.” 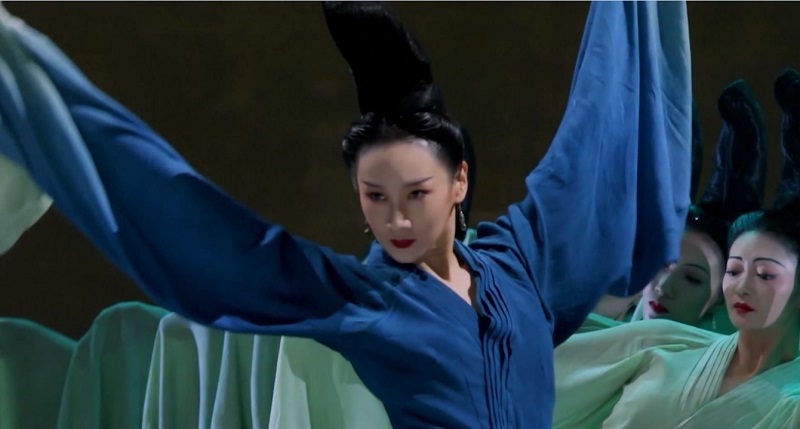 Shen Haixiong urged people around the world to work together for the sake of building a World community with a common destiny. And shared his memories of an online meeting with the President of the International Olympic Committee Thomas Bach during the Winter Olympic Games in Beijing. 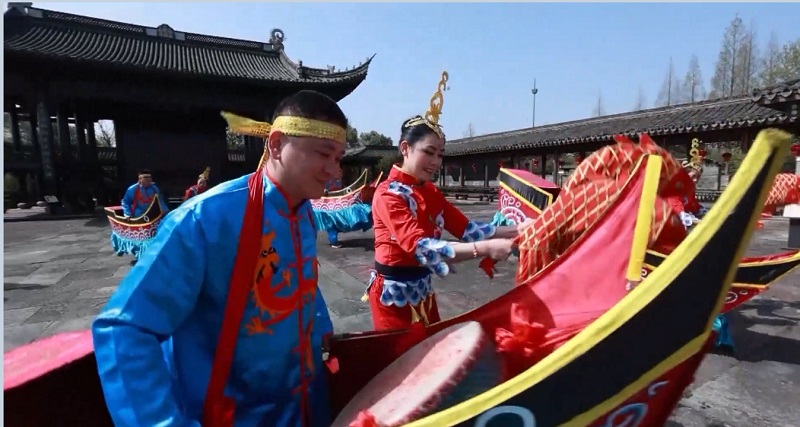 “I gave Thomas Bach “Hu Bi ”, a writing brush created in my hometown of Shanglian in Zhejiang Province. In return, the IOC President gave me a pen made in his hometown of Würzburg in Germany. The exchange of gifts made in our places of origin attracted media attention and generated a lot of discussion on the Internet. The pen is an important tool that is used to spread culture, advance civilization and communicate. So, dear friends, let's take up the pen and together write a new brilliant chapter on building a World Community with a common destiny.” 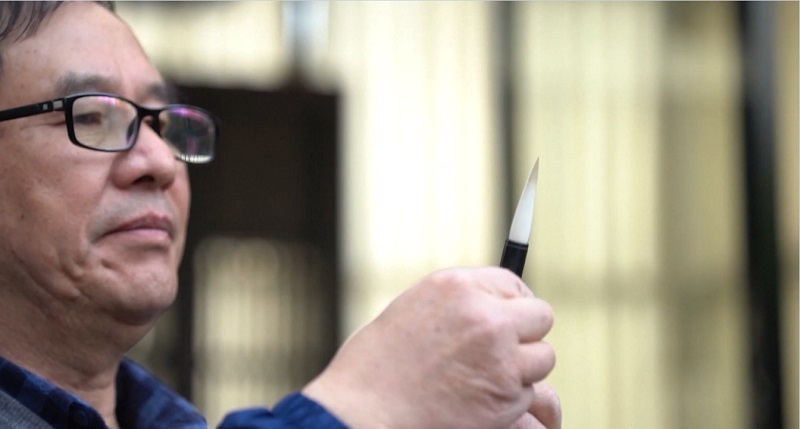 Chinese Language Day is celebrated exactly on April 20, because it is approximately corresponds to the beginning of the month Guyu in the Chinese calendar during the Qin Dynasty. The UN has specially chosen for the holiday the beginning of the season "Guyui". According to legend, on this day, the heavenly powers thanked the creator of Chinese writing, Cang Jie, by sending the inhabitants of the Celestial Empire a rain of grains of bread, which saved many people from hunger. 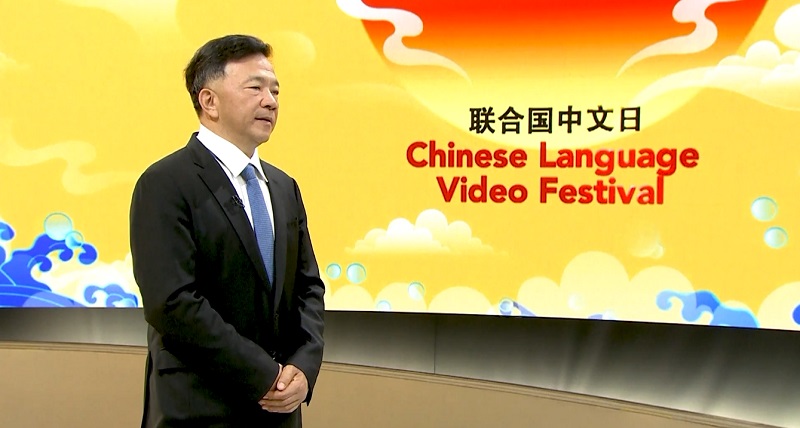 Hong Kong completed the construction of the first stage of the public isolation facility, the premises were handed over to the local authorities. This is the largest facility for residents to stay in quarantine. Mainland China provided assistance in its construction. 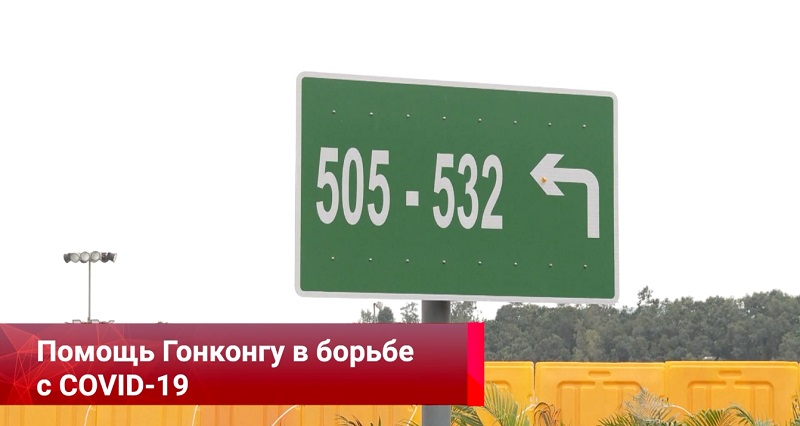 “The size of the isolation room will allow us to meet the needs and expectations of residents during the fight against the epidemic. This facility will take on the main burden and responsibility in Hong Kong's fight against the coronavirus.”

The chief executive added that all of Hong Kong is uniting efforts to overcome difficulties, so the region will win in the fight against the epidemic COVID-19 and will soon return to normal. 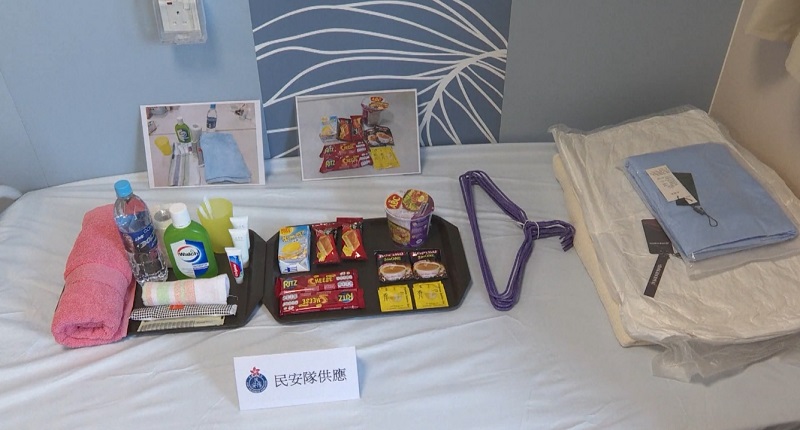 “I believe that uninterrupted construction is the result of the joint efforts of all participants in this project. We believe that the commissioning of the first stage of the isolation ward will be of great help in anti-epidemic work.”

The construction of the first stage of the isolation ward took two months. It can simultaneously accommodate 2,000 people in more than a thousand wards. 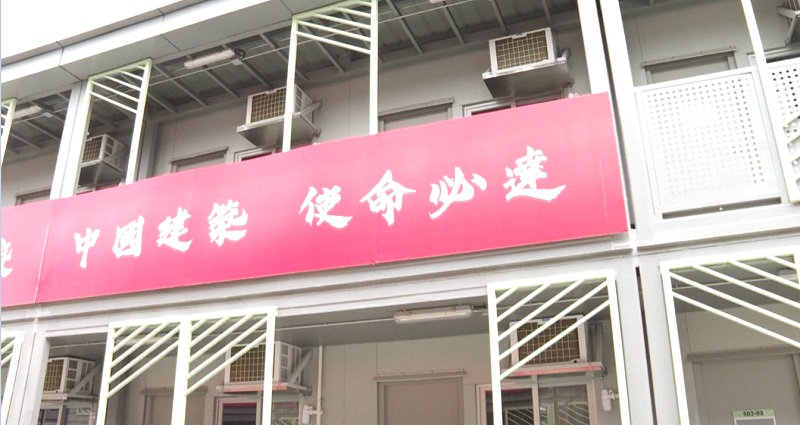 One trillion yuan has surpassed the size of the Industrial Internet of Things market in China. This was reported by the Ministry of Industry and Informatization. 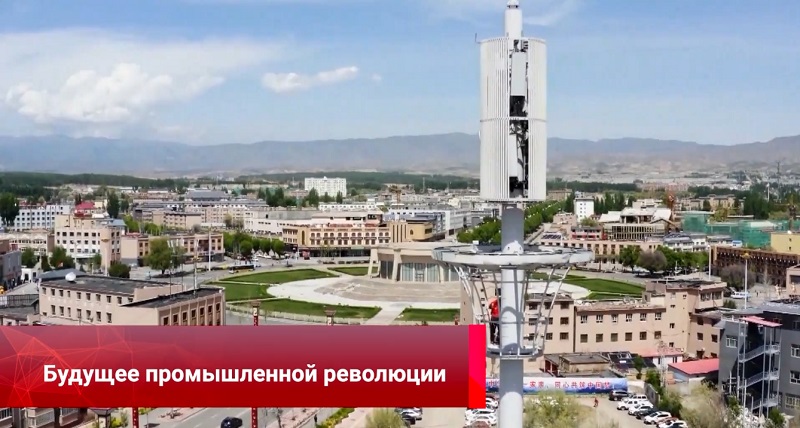 According to the agency, 75 projects were put into operation in China in the first quarter of this year, including the Industrial Internet Big Data International Root Server. In parallel, work is underway to introduce 5G wireless communication technology in production. The number of such objects throughout the country has reached 2400. 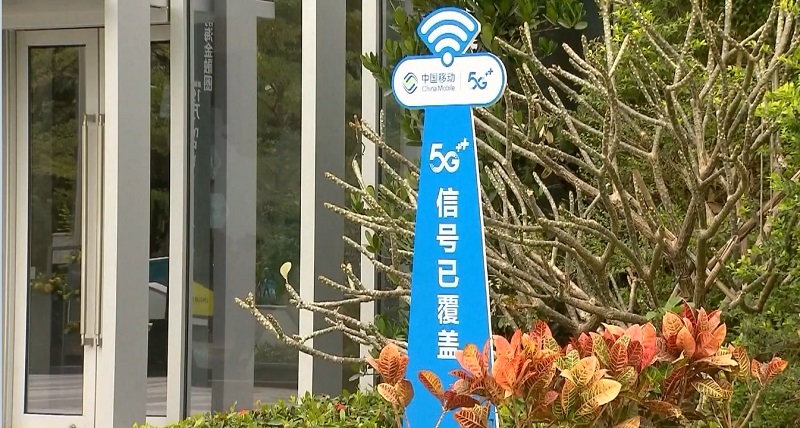 The Ministry of Industry and Informatization also released 120 IoT pilot projects and four demonstration bases for workshops and enterprises. Today, such an ultra-modern system is used in 45 sectors of the national economy. 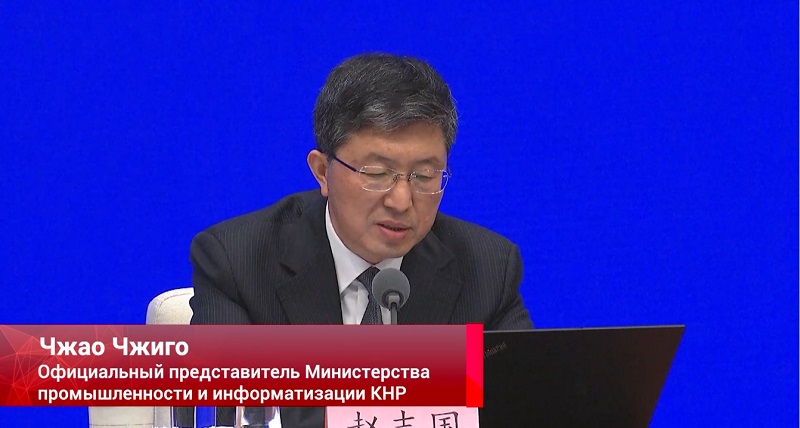 Zhao Zhiguo, official representative of the Ministry of Industry and Informatization of China:

“Industrial Internet of Things is widely used in research and development, design, manufacturing, operational management, and communication channels. In particular, 5G technology is rapidly spreading to the production management link.”

The ministry spokesman stressed that China will promote the digitalization of industry, as well as work on the security of key facilities. Internet of Things can use data from machines and equipment to transform modern manufacturing processes. Its scope extends from smart meters and sensors on equipment to the housing sector.

These industries use the Internet of Things for real-time data analysis, equipment monitoring, preventive maintenance and machine automation. Under patronage Ministry of Industry and other departments developed a plan for the development of the industrial Internet. This year it is one of the priorities. Full automation with smart control will help solve many problems in the field of production. 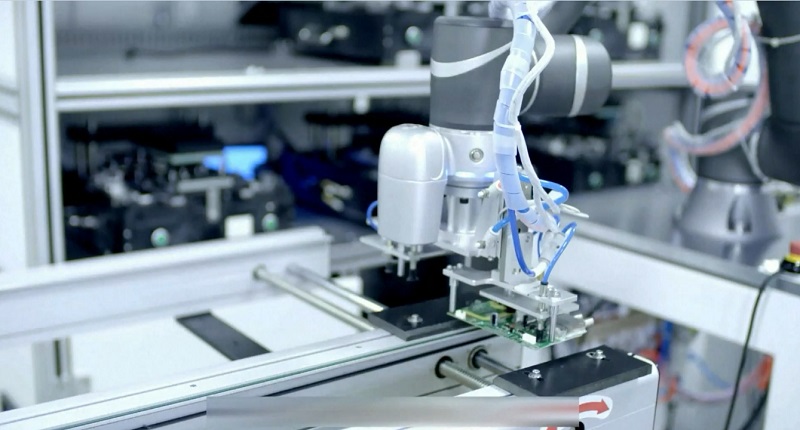 Shanghai's largest auto plants resume production, but with strict measures for the prevention and control of the coronavirus epidemic. More than 2,100 employees of China's leading construction machinery company have been living and working at the plant in the Lingang Special Free Trade Zone since late March, when the organization went into self-isolation. 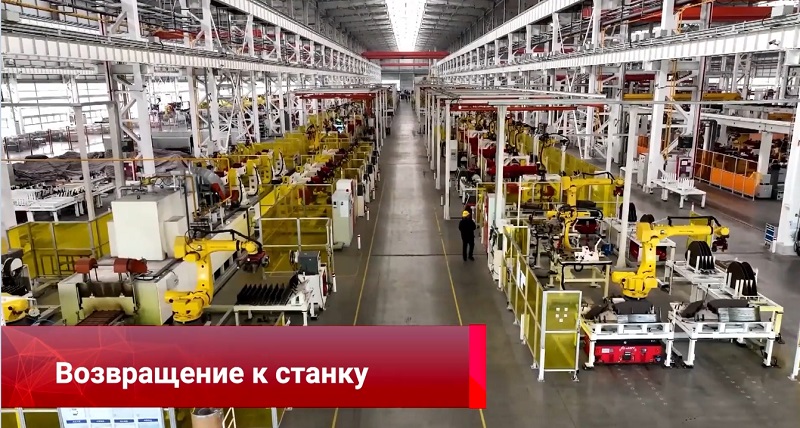 Over time, the company began to run out of raw materials, and it became impossible to continue production in the same volume. Management now holds daily online meetings with customers to ensure timely delivery of products that leave the production line to various parts of China. Suppliers are also constantly in touch: they solve the issues of providing raw materials to restore production volumes.

Automakers in the Lingang Special Free Trade Zone also paused production a few weeks ago due to the COVID-19 outbreak. Recently, the work of China's largest state-owned automaker has resumed. Now there is only one shift at the plant, there is an increased distance between employees on the conveyor, and the air is being disinfected in all production, storage and residential premises. In addition, the company is making every effort to improve the security and efficiency of the supply chain and logistics.

“So far, we have spoken to almost 400 suppliers and received detailed information about their production facilities, stocks and sources of raw materials. We pay close attention to employees and production conditions at sub-suppliers and offer them support to resume work. In addition, we have contacted government departments to obtain permits for inter-regional green delivery channels as soon as possible.” 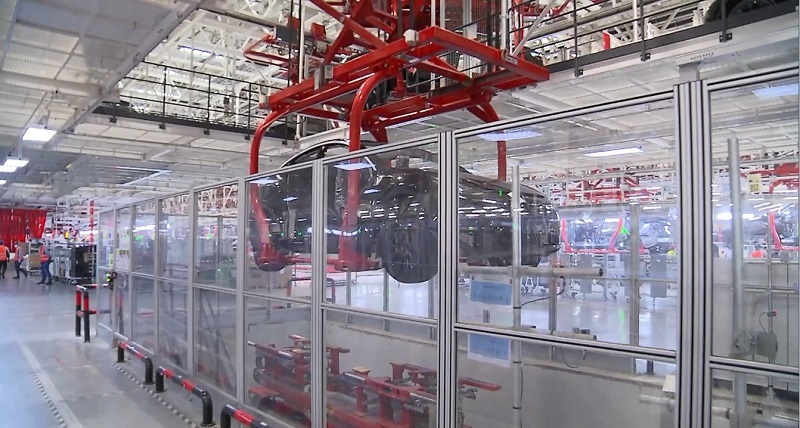 Tesla factory in Shanghai resumed work. 8,000 of its employees returned to their duties. The production lines for batteries, engines, and car assembly are back in operation.

In the coming days, we will gradually increase production until we reach full capacity.

Tesla factory workers take a rapid test every morning, and every evening - PCR test. All production and office premises are disinfected daily. 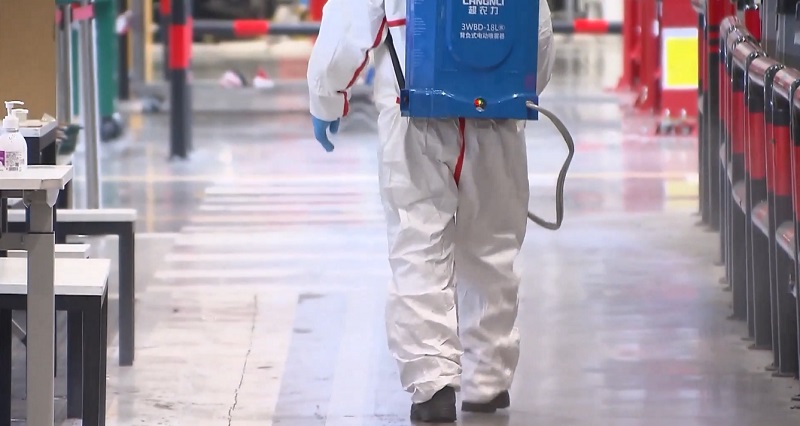 The annual Boao Asian Forum was held in Hainan Province

The annual Boao Forum was held in the resort town of Boao in Hainan Province Asian Forum. Round tables and thematic sections were held under the motto "Pandemic and peace: interaction for global development and a common future" in online and offline formats. 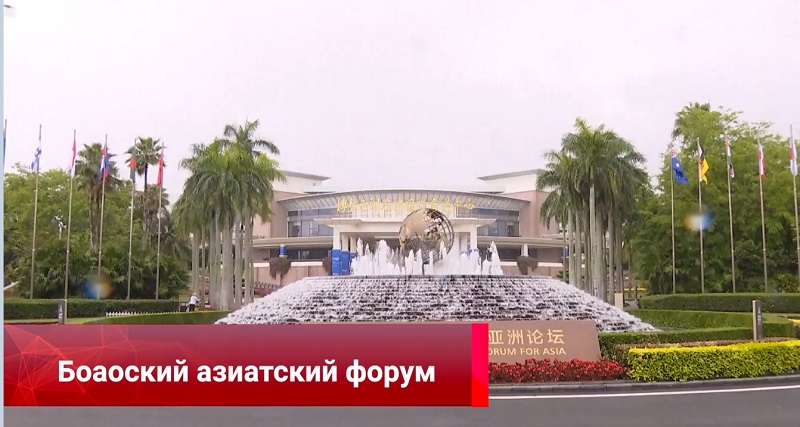 At the forum events, representatives of political, business, academic and media circles discussed prevention issues and the fight against the pandemic, the problems of the digital and global economy, green development, global governance, as well as ways to strengthen cooperation between Asian countries and other states. 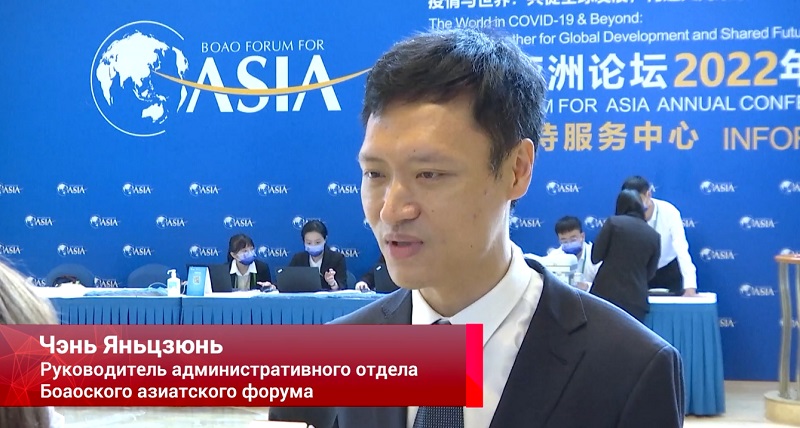 “All topics are of great importance both in terms of their scale of influence and degree of relevance. Speaking about the scale of influence, we mean those issues that affect the whole world and its development. In terms of relevance, we pay special attention to such “hot” issues, such as, for example, a roadmap for achieving carbon neutrality. 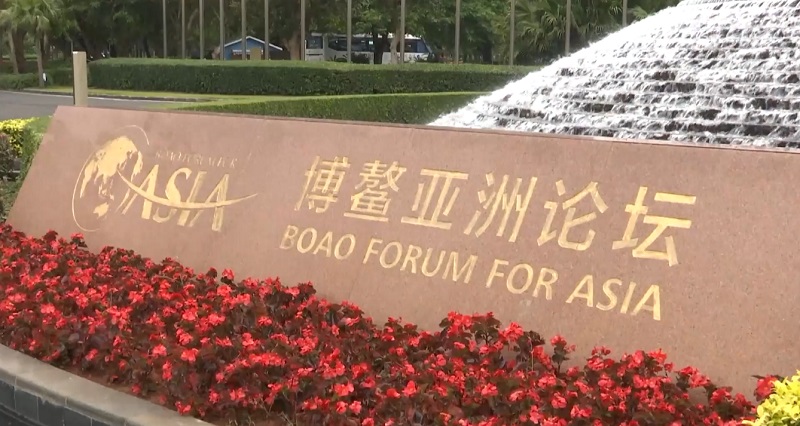 The Boao Forum for Asia is an international non-governmental and non-profit organization which was established in 2001. Its activities are aimed at supporting and developing economic exchange and interaction both in Asia and beyond. The influence and scope of the forum has expanded significantly over the past year. Now more and more industry leaders in Asia and other continents are participating in this prestigious event.

A flying squirrel was resting on a tall banyan tree, but its siesta was suddenly interrupted by a black crested gibbon. He started the attack by jumping from a height and began to tease the squirrel, trying to hit her with his paws. 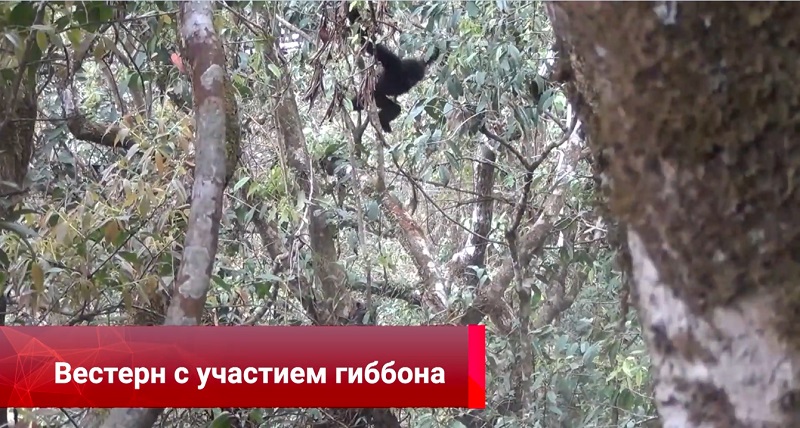 The little rodent chose a defense strategy: the animal used tree branches as a fortress and successfully fought off the attacker in them. The fight lasted three to four minutes with several rounds, after which the gibbon left in search of easier prey. Such a western of the animal world was captured by the staff of the Ailao Mountain Nature Reserve in Yunnan Province.

“In addition to fruits and leaves, gibbons also feed on some small animals. They rob bird nests, sometimes steal eggs, and even eat chicks. We have seen how black crested gibbons consume not only flying squirrels, but also ordinary squirrels, which are larger. But in general this is a rare occurrence.” 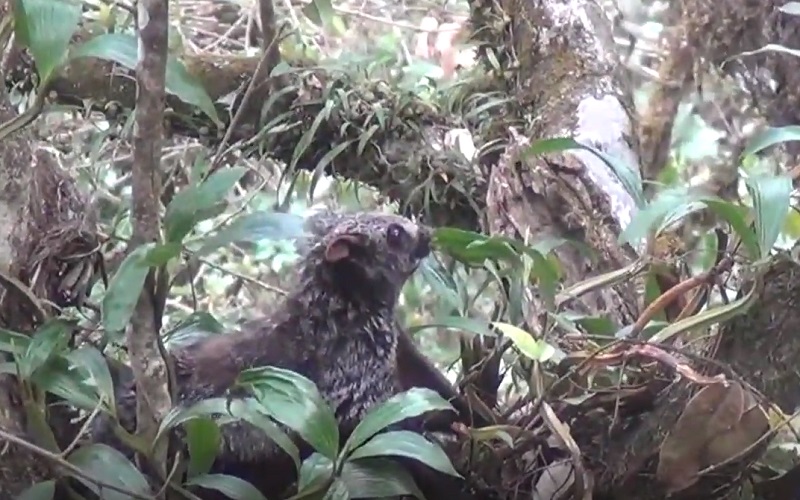 Black crested gibbons are under state protection of the first class in China, and are also listed in the Red Book of the International Union for Conservation of Nature. In China, animals live in the Ailao and Wulingshan mountains in Yunnan province. In recent years, the gibbon population has been steadily growing thanks to the efforts of local authorities. According to the latest data, more than 600 rare primates now live in the Wulingshan Mountains. 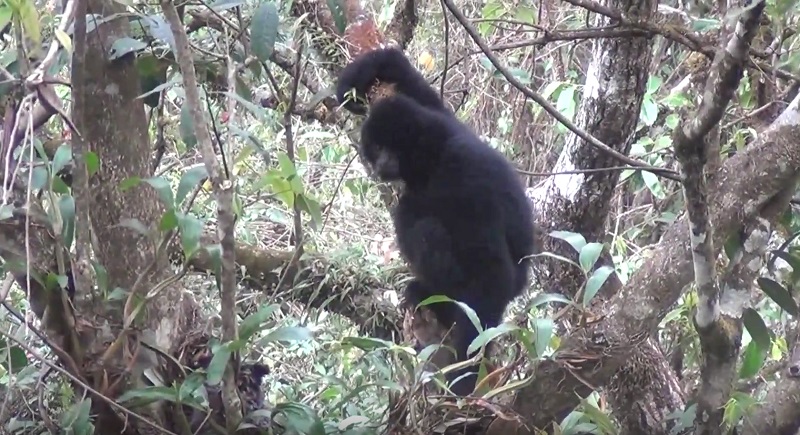 Russia conducts big maneuvers along all its borders

Large families of Primorye will receive ₽1 million per car

One taxi company to operate at Baku airport

The tourist flow to Uzbekistan has almost doubled