China has started using Pfizer's Paxlovid in eight regions of the country.

Chinese doctors have begun using the anti-covid drug Paxlovid of the American company Pfizer in eight regions and cities of the country. The Chinese newspaper Jiankan Shibao reported this on Sunday.

According to it, the first batches of the drug have already arrived at medical institutions in the provinces of Jilin, Guangdong, Fujian, Jiangxi, Shandong, Zhejiang, as well as in the Guangxi Zhuang Autonomous Liu Lei, head of the National Medical Center for Clinical Research on Infectious Diseases, Paxlovid is used to treat patients with mild to moderate COVID-19. It significantly reduces the risk that the disease will become severe.

“After five days of using the drug, the patient's viral load is significantly reduced. The length of stay in the hospital until discharge is reduced to 5-7 days,” he said.

According to the publication, the Third People's Hospital of Shenzhen (Guangdong Province) purchased 1,000 boxes of Paxlovid at a price of 2,300 yuan (about $362) each.

On Feb. 11, Chinese authorities approved the import of the anti-covid drug Paxlovid. It comes in the form of two types of tablets to be taken together twice a day for five days.
China drug Pfizer coronavirus COVID-19 TASS
|
Facebook
|
Twitter
|
VKontakte
|
Odnoklassniki 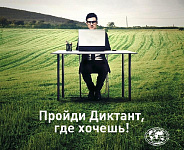 Employees of the Katunsky Reserve will dictate a geographical dictation

India has launched an application to maintain order on the beaches

In Japan, men are buying umbrellas in bulk to hide from the sun.