China is developing the industry of "green" transport

Life in rural areas of China is in full swing: the economy is developing, new jobs are appearing, wages are rising. Deputies of the National People's Congress of China played a significant role in the revival of the villages of the Middle Kingdom.

So, the village of Niujiaoshan used to be a poor region. Long Xianwen, the party secretary of the village branch, found out that the local soil and climate are perfect for growing tea. The official made a lot of efforts to convince fellow countrymen to develop the tea industry. The plantation area has grown from three to 600 hectares, and the annual income of local residents has increased from 800 yuan (about 15,000 rubles) to 23,000 yuan (more than 450,000 rubles). Last year, Long Xianwen encouraged the villagers to invest in tourism development to introduce the Miao ethnic culture to visitors. 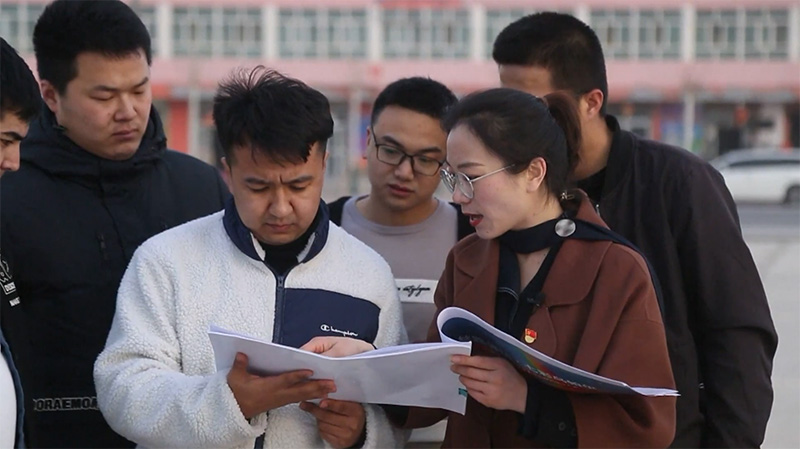 And in the village of Opal, the inhabitants traditionally cultivated fruit , forestry and animal husbandry, but the large population, limited land resources, and arid climate hindered the development of the settlement.
The village party deputy leader Cui Jiuxiu taught farmers new ways to increase crops and opened additional employment opportunities. 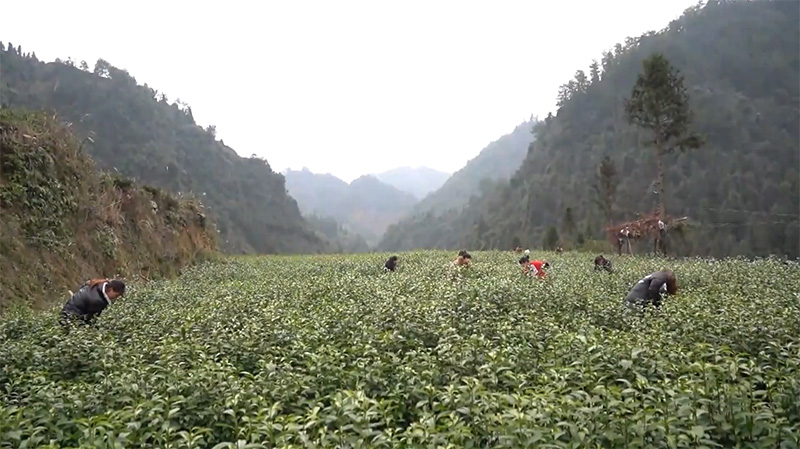 Deputies are confident : their importance as people's representatives lies in the fact that they are able to join forces and work together with their countrymen for a better life. 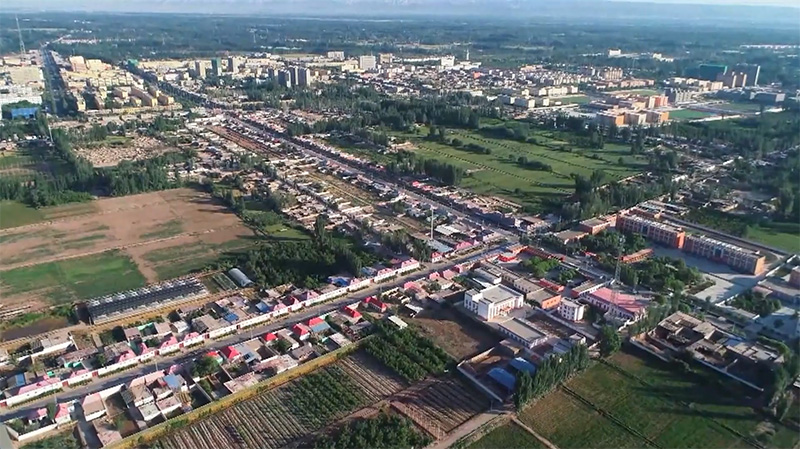 2.8 trillion yuan was spent on research and innovation last year in China. This is a new high for government spending in this area. The costs amounted to almost 2.5 percent of the country's GDP. A significant part of the funds went to biopharmaceutical developments. 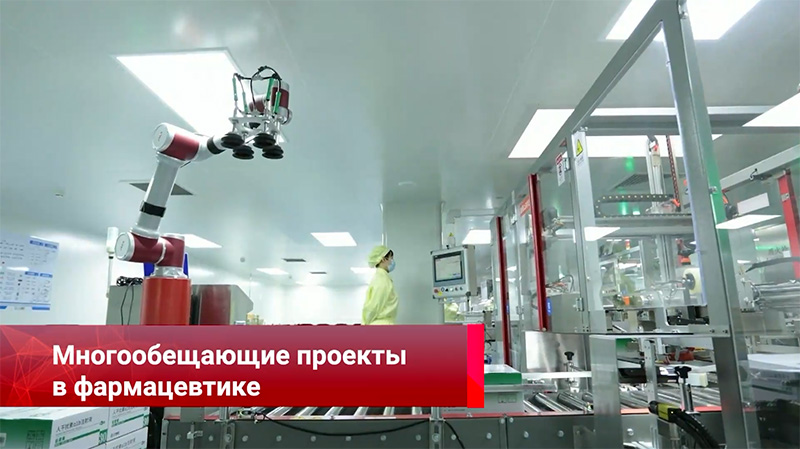 Efficient distribution of money to enterprises with promising projects has helped to advance research and achieve success in pharmaceuticals, according to market participants.

Cheng Yongqing, the president of a pharmaceutical company, says that when he started his business, almost all genetically engineered drugs in China were imported, but now almost 95 percent of them are produced domestically. 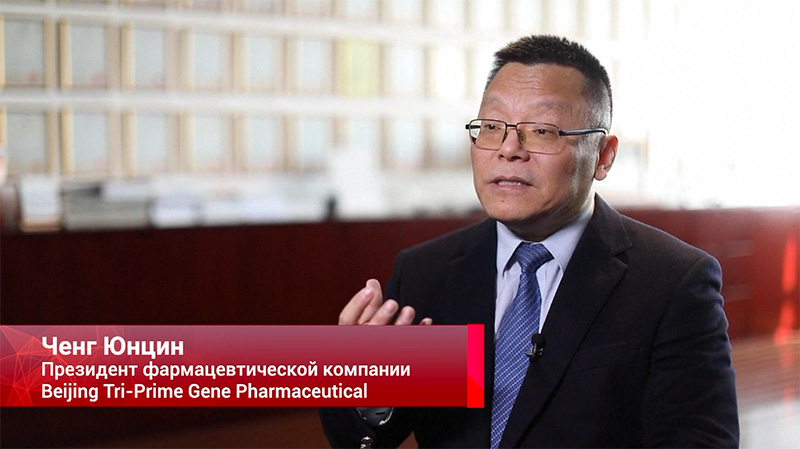 development plan of the country mentions the development of innovative drugs TV and digitalization of the entire production system. We are working according to this plan, all our processes are well tuned.”

Cheng Yongqingalso noted the importance of innovation in drug development.

“Innovation is the only way for companies to grow, especially when they go global and need to be competitive. But good innovation requires good financial markets and, more importantly, good corporate governance. Innovation should be the driving force behind business along with professionalism, dedication and moral values.”

When the company debuted on the China National Stock Exchange in 2016, its market value was less than 300 million yuan. The company has grown 10 times in five years. Now its value on the stock exchange is more than 3 billion yuan. The enterprise also managed to attract almost 30 million RMB from investors, and this money was invested in revolutionary research and development projects. 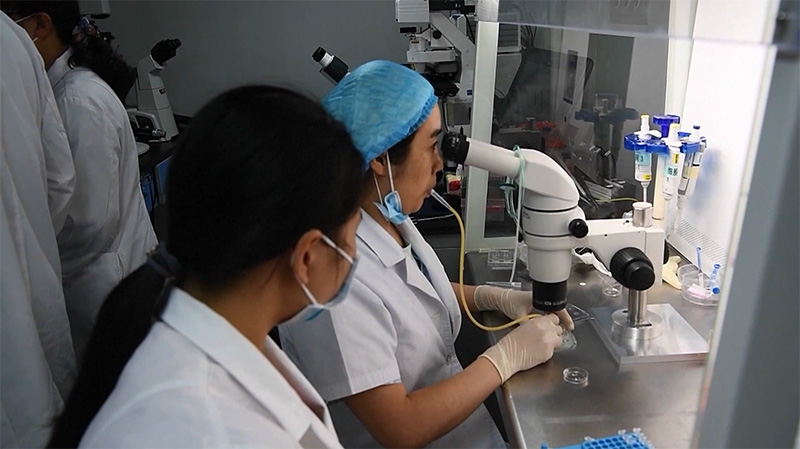 Chinese astronauts will return from orbit in April

The Chinese astronauts, who have been in orbit for almost five months, are doing well and will return home in April. This was reported in the China National Space Administration. 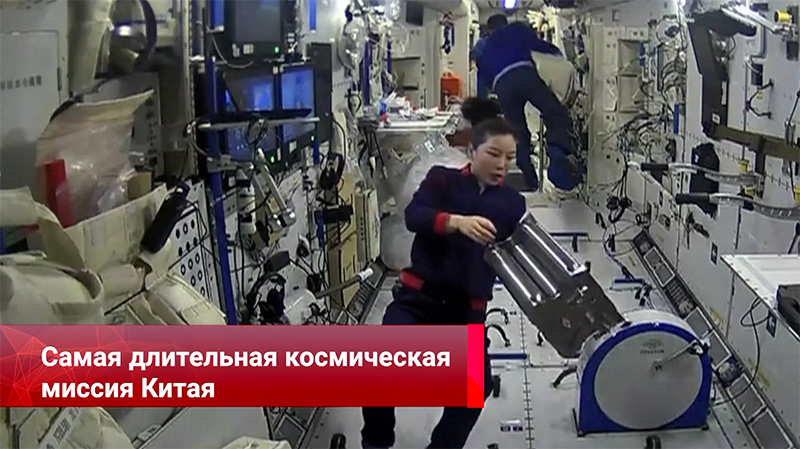 Astronauts Zhai Zhigang, Wang YapingandYe Guangfu went into space aboard the ship « Shenzhou-13 on October 16 and have been successfully operating on the space station ever since. This crew is the second on the Chinese orbital station, and Wang Yaping became the first woman on board. During the time in orbit, the pilots made several spacewalks and conducted scientific experiments.

Chinese astronauts are planning several more flights this year. The commission has already selected the crews, and now they are undergoing intensive training. Two cargo and two manned spacecraft will go into space to complete the construction of the orbital station.
The National Space Administration also plans to launch two new laboratory modules, which have already been given the names "Wentian" and "Mengtian", which is poetically translated as "Inquiry to the sky and Dreams of Heaven. China plans to finish building its first space station this year. In parallel, specialists are working on a project for manned reconnaissance of the Moon. 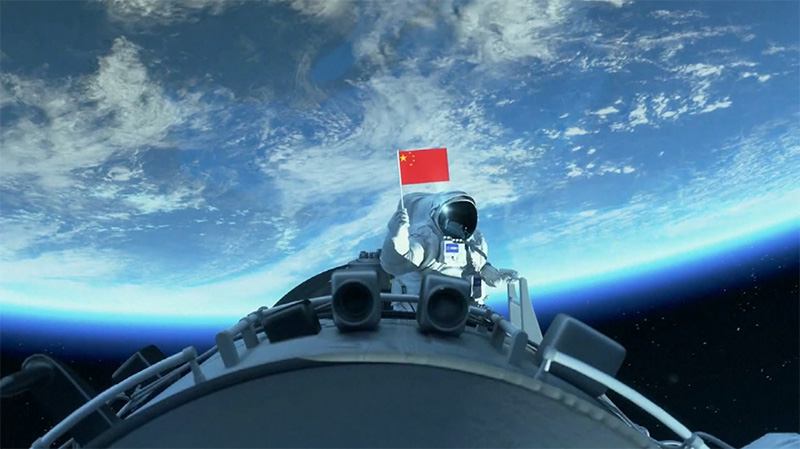 The Celestial Empire has sent the 251st freight train on the China-Europe route since the beginning of 2022. It consists of 84 cars, and one of them is the 300,000th anniversary one. That is how many freight wagons with goods and instruments left China for the West in eight years.

The route, which starts at Yiỳ Railway Station in eastern China, was opened in November 2014. The destination is Madrid, Spain and it is the longest railway line in the world. The train travels 13 thousand kilometers through Russia, Belarus, Poland, Germany and France, and finally reaches its stop in Madrid. 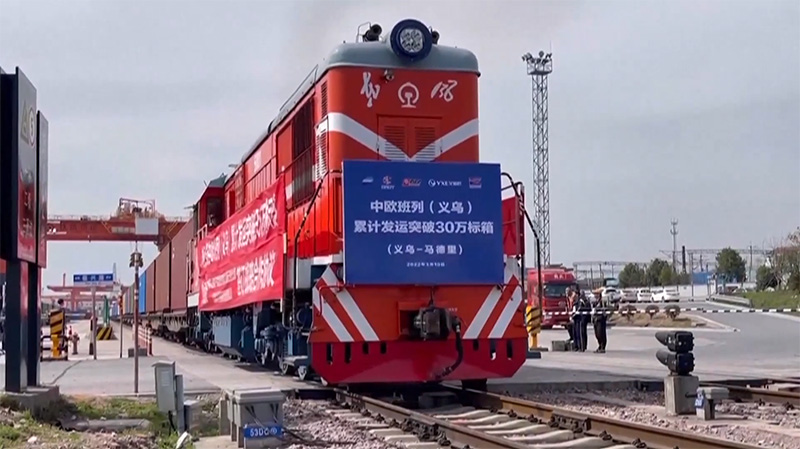 The very first train sent small goods and electrical appliances. Now clothes, shoes, dishes, home furnishings, equipment and much more are also being transported to Europe. Iỳ-Madrid cargo transportation is part of the One Belt One Road project. It allows countries located along the route to be involved in international cooperation and trade.

In China, transport based on new types of energy sources is gaining popularity. These vehicles also include electric vehicles already appreciated by many. Local producers are striving to reduce carbon dioxide emissions, and the state encourages these initiatives by providing comprehensive support. 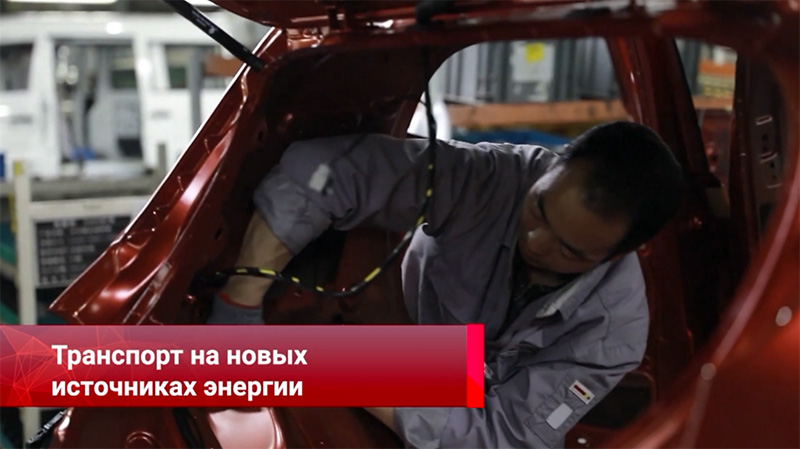 For the development of an environmentally friendly automotive industry, officials draw up roadmaps and make recommendations to industry companies. In order for green transportation to become more confident in the lives of Chinese people, manufacturers have to constantly improve product quality, and users have to improve the experience of driving new cars. The plans of the Middle Kingdom include a complete transition of all vehicles in the public sector to green energy.

Xin Guobin, Vice Minister of Industry and Informatization of China:
“The state will promote the development of electrification, further improve safety and adapt batteries to low temperatures. We also include accelerating the use of 5G technologies and improving the interaction of vehicles and roads with the main steps.

Statistics clearly show the popularity of cars running on new energy sources. Almost 370,000 of these vehicles were produced in China last month and more than 330,000 of them were sold, according to data from the China Automobile Manufacturers Association. This is almost double the February 2021 sales. Most of this market belongs to electric vehicles. Their production and sales increased by more than one and a half times - 285 thousand and 258 thousand units, respectively.

In the period from January to February, sales of new energy vehicles in China amounted to almost 770 thousand, increasing 1.5 times as compared to the same period last year. In just the first two months of this year, 820 thousand electric vehicles left the assembly line, which is 1.6 times more than last year. 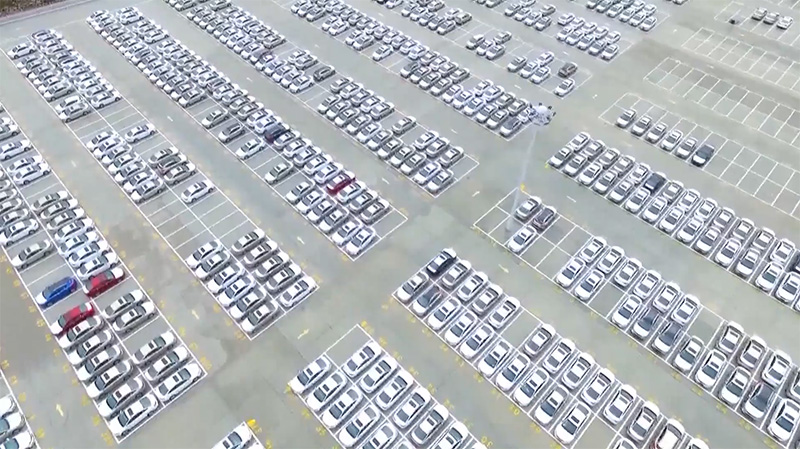 The Peking Opera presented a performance based on the longest epic in the world. "Tsar Gesar" captivates with an unusual libretto, as well as a unique manner of singing and dancing.

The authors of the production are the Tibetan opera troupe. It was in Tibet that this epic appeared more than a thousand years ago. It has over 20 million words. From generation to generation it was passed on orally, then in handwritten books and traditional painting, and only in 1980 did a libretto for opera performance appear. Since then, the performance about the life of King Gesar, his victories and the conquest of the throne has not lost its popularity in the Celestial Empire.

Yan Dan, Deputy Director of the Tibetan Opera Company:< /i>

“We want to share our intangible cultural heritage and preserve the tradition of Tibetan opera. To make it more understandable to the audience, we have translated it into Chinese.” 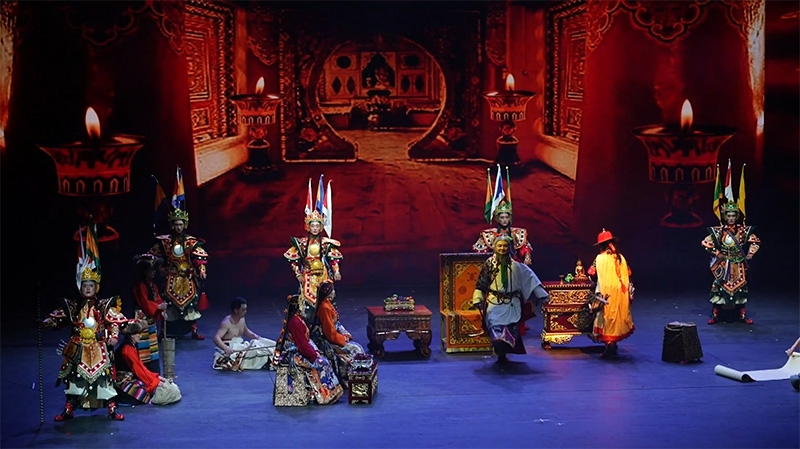 The Tibetan theater troupe was founded 12 years ago by the son of the author of the opera “King Gesar ". Today, the team has 50 artists, and the repertoire includes 10 plays, including traditional Tibetan opera.

“The artists hail from Gardze-Tibet Autonomous Prefecture in Sichuan Province. In the summer they graze cattle, and in the spring they gather mushrooms. They have been singing and dancing since childhood, and have grown up with stories about King Gesar. Therefore, they are natural in their images. 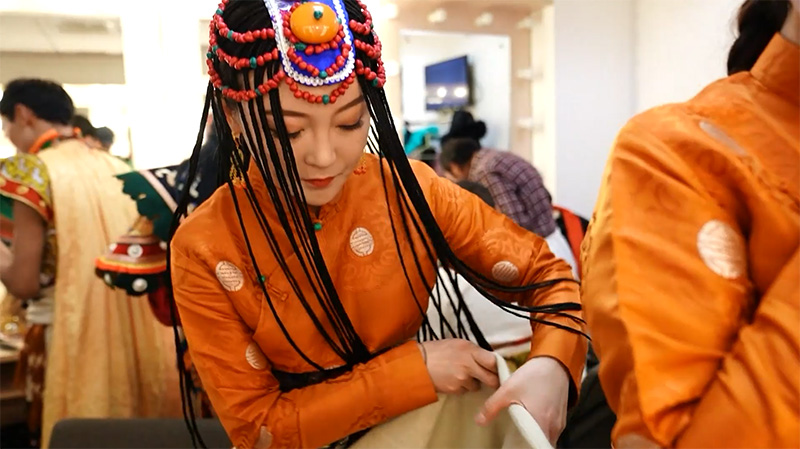 An important part of the plot is horse racing. Real horses cannot be brought on stage, so the actors imitate horseback riding. And the intricately embroidered costumes delight the audience.

“Such suits cannot be made on the assembly line of a clothing factory. This is very delicate work. They are sewn for us by a master with 40 years of experience. When time is running out; then our artists are also working on their costumes.”

In 2020, the troupe organized performances, exhibitions and seminars on the epic King Gesar in Shanghai. And last year, at the Dalian International Festival, the opera was broadcast online. Now residents and guests of the Chinese capital can see the cult production and even buy souvenir dolls dressed as heroes of the Tibetan epic as a keepsake. In addition, it is planned to launch thematic videos on social networks - all so that as many people as possible learn about the Tibetan opera King Gesar. 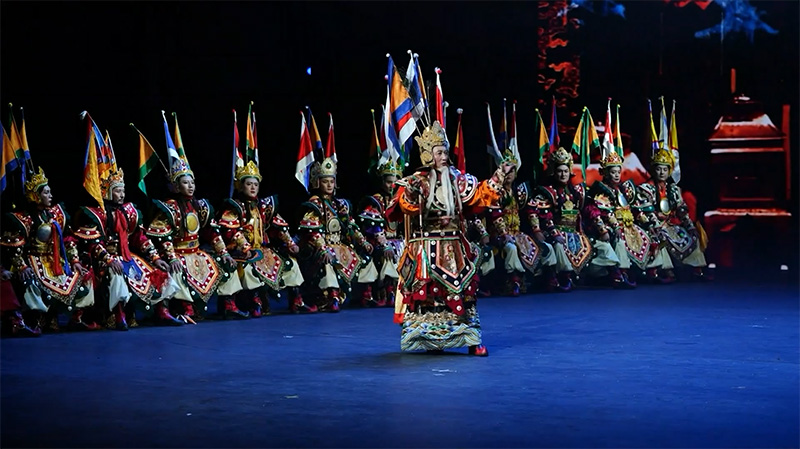 Residents of Hangzhou launched the Dragon of the Asian Games into the sky. So the organizers of the holiday called the giant kite. It has become a symbol of Chinese hospitality and enthusiasm for the Asian Games, which the city will host in September this year. The length of the flying dragon is 2022 meters, and each of its almost nine hundred elements is decorated with logos and emblems of upcoming competitions.

is an example of an outstanding urban civilization of antiquity and is included in the UNESCO World Heritage List.

The Asian Games have been held every four years for athletes from all over the continent since 1951. This year the Asian Games will include competitions in 40 sports. The medal program will include esports and breakdance for the first time. 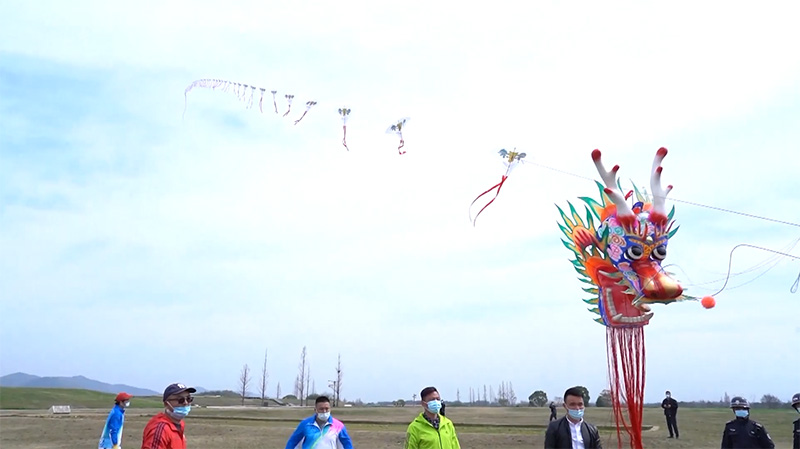 A rare bird settled in Xiamen

which is under the threat of extinction - settled in the city of Xiamen in the east of the country. The Association of Ornithologists of China drew attention to this. 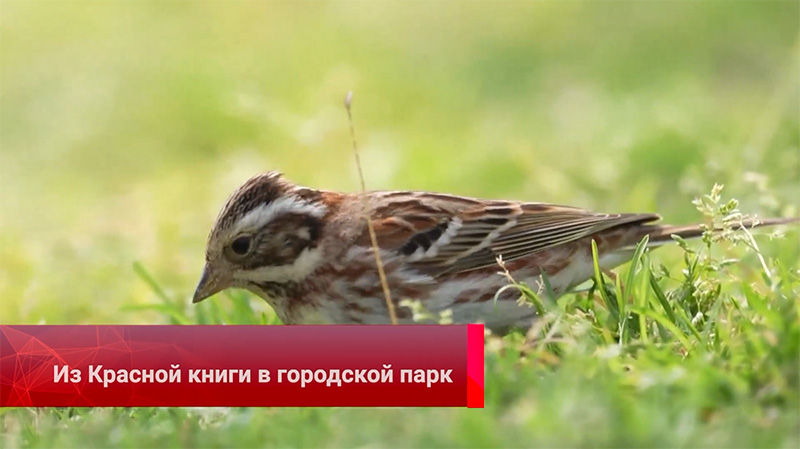 For the first time in years of observation, a rare bird was noticed within the city. The appearance of these birds in an ordinary park indicates that the general urban environment and ecological situation are gradually changing for the better.

This type of bunting is known for its soft and melodic singing. They live in the northern part of Eurasia from Scandinavia to Japan and China. Some birds winter in the east of China and in the northwestern Xinjiang Uygur Autonomous Region. 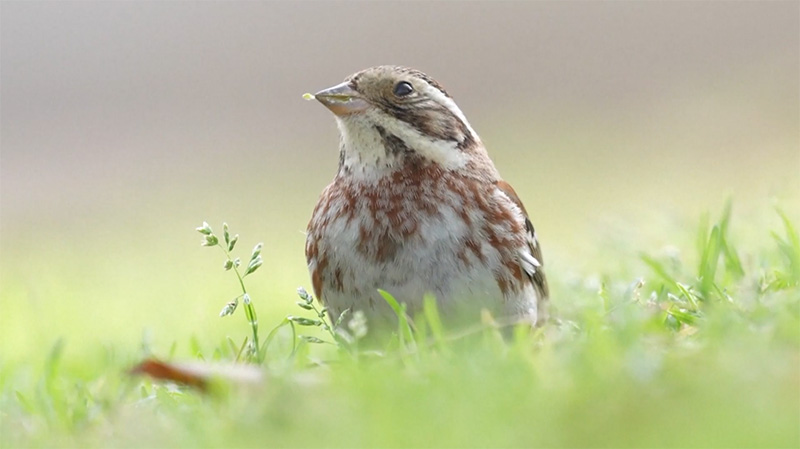 In 2016, the bird was added to the list of vulnerable species

Japan has its first ninja specialist with a university degree