Xi Jinping praised the contribution of women doctors in the fight against the pandemic.

Women working in the  health sector have made a significant contribution to the fight pandemic. This was stated on Thursday by Chinese President Xi Jinping at a high-level meeting of the UN General Assembly dedicated to the 25th anniversary of the IV World Conference on the Status of Women, held in Beijing in 1995.

“Now we fight the epidemic of pneumonia caused by the new coronavirus, a huge number of women who are doctors, disease combatants, researchers, social workers and and volunteers, not being afraid of difficulties and dangers, are fighting fiercely both during the day and at night, steadfastly defending the front line of preventive control, we should appreciate this, - said the head of China.

He also stressed that more than 40 thousand medical workers participated in the fight against the coronavirus in the Chinese province of Hubei, where an outbreak of the disease caused by it was recorded at the end of last year, and two-thirds of them were women. "Their sense of duty and dedication has kept the nation going through difficult times, " added Xi Jinping.

25 tons of humanitarian cargo delivered from Ingushetia to Syria 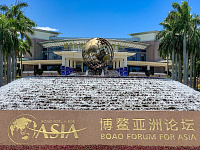 At Vnukovo airport, announcements will sound in Chinese