China has given 393 million coronavirus vaccines.

The Chinese authorities have accelerated the process of vaccinating the population against a new type of coronavirus against the backdrop of a new outbreak of the epidemic in the eastern and northeastern parts of the country; Almost 393 million vaccinations have already been made in the country. This is evidenced by the data published on Sunday by the State Committee for Hygiene and Health of the People's Republic of China.

According to its data, more than 12 million vaccinations have been made in China in the last 24 hours. Exactly a month ago, this figure was three times lower and amounted to about 4 million injections.

On Friday, the PRC epidemiological control authorities for the first time in the last three weeks identified several local cases of coronavirus infection. The cases were found in the eastern province of Anhui and in the province of Liaoning in northeast China. Anti-pandemic response levels have been raised in 13 residential areas of the country as a new wave of infections threatens to emerge.

The news of the new outbreak has "prompted many citizens to immediately go to vaccination sites", according to The Global Times.

A global campaign to provide the population with vaccines against coronavirus was launched in China in December last year and is constantly gaining momentum. By April, the authorities had distributed more than 126 million doses of vaccines among residents, and by May 1, more than 270 million. China has already created five coronavirus vaccines ready for sale on the market: three inactivated, adenovirus and recombinant protein vaccines. In parallel, national pharmaceutical campaigns are conducting clinical trials with new drugs.

According to China's leading epidemiologist Zhong Nanshan, by June, the government will be able to vaccinate about 40% of the country's population, that is, approximately 560 million of over 1.4 billion people.
China vaccination coronavirus COVID-19 pandemic TASS
|
Facebook
|
Twitter
|
VKontakte
|
Odnoklassniki 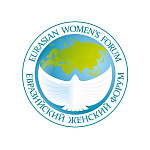 The Eurasian Women's Forum will be held in the Northern Capital

RAUIE launched a video message: “China, we are with you!”

Russia and Uzbekistan to discuss new formats in journalism

Priests of Kyrgyzstan will study in Tatarstan