Scientists from China have confirmed that the Russian drug Triazavirin, according to preliminary results of the study, is effective in the fight against COVID-19.

At the request of the Chinese Consulate General in Yekaterinburg, scientists sent the drug to China for testing against the coronavirus.

Triazavirin shortens the duration of the disease and alleviates many symptoms. We received this information from Yang Baofeng, President of Harbin Medical University. While the answer is unofficial, as the research is not completed. The result is intermediate, it needs to be further developed, but in general there is a positive effect, ”the words of  Vice-President of the Russian Academy of SciencesValery Charushin are quoted in the message of the Ural Federal University (UrFU).

According to the scientist, China has approved a clinical trial protocol (published in the international journal Engineering), according to which randomized double-blind studies are being conducted in ten hospitals in Heilongjiang province: on the control group and on those patients who receive the drug, but don't know what they're getting. Studies are conducted on patients with mild or moderate severity.

According to the Ural Federal University, 245 patients from the province are involved in the study. Similar surveys are being carried out in a number of hospitals in Yekaterinburg. 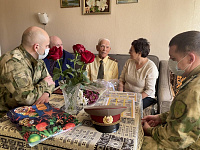 The Russian Guard congratulated on the 96th anniversary of a service veteran, a front-line soldier who liberated Hungary and Yugoslavia

Unusual water creature became a symbol of Expo-2025 in Osaka

School for brides and grooms opened in Tashkent 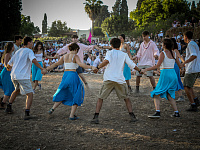 Israel celebrated the holiday of Shavuot