To conduct the tests, three groups were created, each of which will consist of 36 people aged 18 to 60.

Chinese doctors have begun testing a newly created vaccine against a new coronavirus on volunteers. TASS reports with reference to the Global Times newspaper.

The drug was developed by experts from the Academy of Military Medical Sciences of the People's Liberation Army of China in cooperation with the country's pharmaceutical companies. In the course of the work, experience in creating a vaccine against the Ebola virus was taken into account.

As the head of the research team specified, the project participants will not be infected with the virus during vaccination. They will be injected with antibodies, after which a control will be established over the volunteers, the task of which is to determine whether these people have acquired immunity to the virus.

Specialists have already received official permission from the authorities to conduct clinical trials. To conduct the tests, three groups were created, each of which will consist of 36 people aged 18 to 60, all from the city of Wuhan. They will be quarantined for two weeks, and then within six months, the doctors plan to observe how their body reacts to the serum.

In the Omsk region, self-isolation of the elderly was canceled 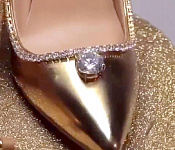