Chinese scientists are accelerating the development of coronavirus drugs as the COVID-19 pandemic continues to rage around the world.

Tsinghua University, Shenzhen Third People's Hospital and Brii Biosciences have jointly developed a cocktail therapy with monoclonal antibodies BRII-196 and BRII-198, which are derived from antibodies formed in the bodies of people who have recovered from COVID-19.

This cocktail therapy is undergoing clinical phase III trials in seven foreign countries, including the United States, Brazil, and the Philippines.
Drugs with BRII-196 and BRII-198 antibodies have been used in the clinical treatment of more than 700 patients in China, and clinical trial data at home and abroad show that Zhang Linqi, a professor at the Tsinghua University Institute of Medicine, said that these drugs can reduce the chances of developing severe illness and death by 78%.

approval for the entry of the respective drugs on the market. 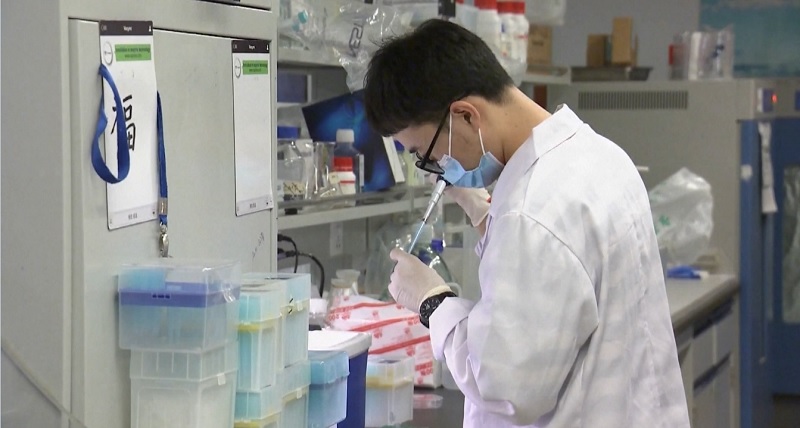 China mainly applies three technical routes for developing drugs for COVID-19: blocking the entry of the virus into the cell, inhibiting the replication of the virus, and regulating the human immune system.

A new drug based on neutralizing antibodies DXP-604 has also been approved by Ditan Hospital in Beijing for "compassionate use," an option for treating life-threatening patients with experimental medicines outside of clinical trials when no other treatments are available.

This drug was shared developed by Singlomics Biopharmaceuticals and a team led by Professor Xie Xiaoliang of Peking University.

In Primorye, employees of the National Guard rescued a family with three children

Indian designers have developed a unique tuning for the Chevrolet Cruze

A new cable car will be built in Tbilisi

Double-decker buses to be launched in Mongolia

In the Astrakhan region, a camel detained a passenger train

In Turkey, rescuers remove people and even pets from the rubble