China Media Corporation showcases advanced technologies during the Beijing Winter Games. Spectators from all over the world felt the pulse of the competition in real time and saw the enchanting opening and closing ceremonies. 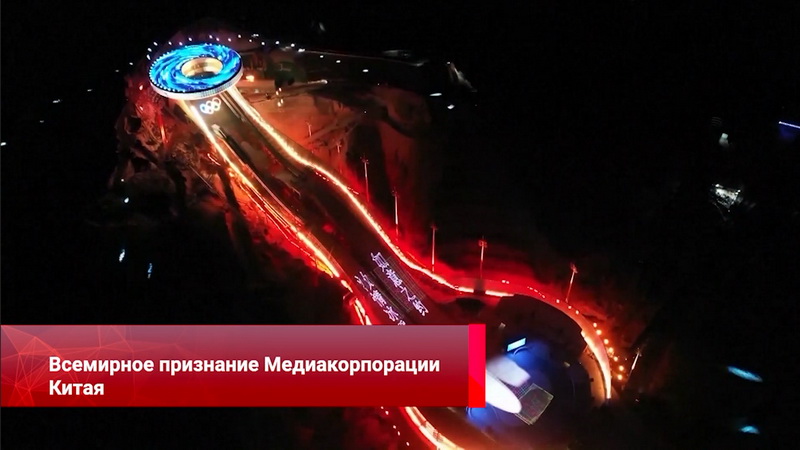 “For the first time, the Olympic and Paralympic Winter Games were broadcast in ultra-high definition. Spectators from all over the world liked it, because they could watch competitions at home and in public places on their smartphones, at any time of the day and in any place. 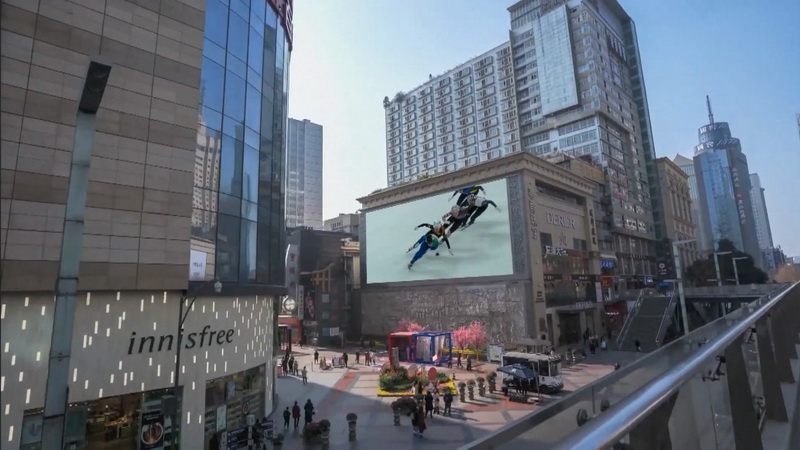 More than 120 huge screens were installed in public places in 34 Chinese cities. Olympic medal competitions were broadcast live on them.

The first high-speed orbital camera "Gepard" was presented at the Games. This is a proprietary development of the China Media Corporation, its maximum speed is 25 meters per second.  The camera allowed viewers to watch the speed skating competitions in detail.

Another record was set at the Winter Games. For the first time in the world, the Beijing-Zhangjiakou train, moving at a speed of 350 kilometers per hour, received a long-term transmission of an Ultra HD signal.  The media corporation also launched an artificial intelligence sign language interpreter during the games, thanks to which 430 million people with hearing impairments were able to watch the Olympic Games. 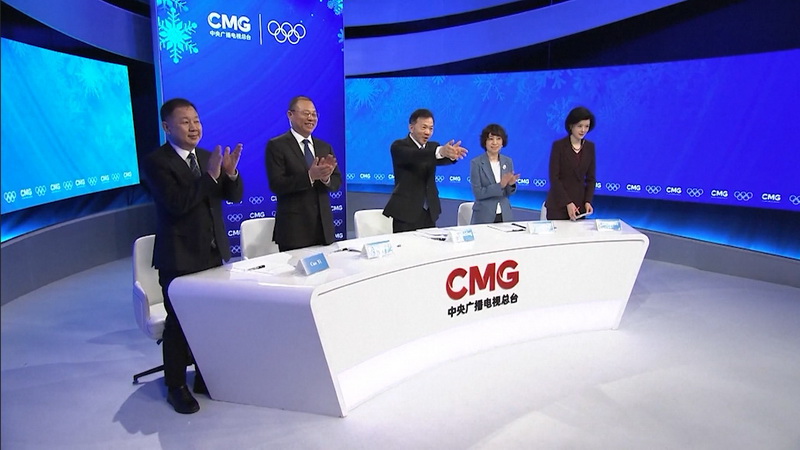 International Olympic Committee President Thomas Bach stated that the IOC appreciated the success of the China Media Corporation in promoting the Olympic spirit.  The coverage of the Beijing Games has received worldwide recognition. 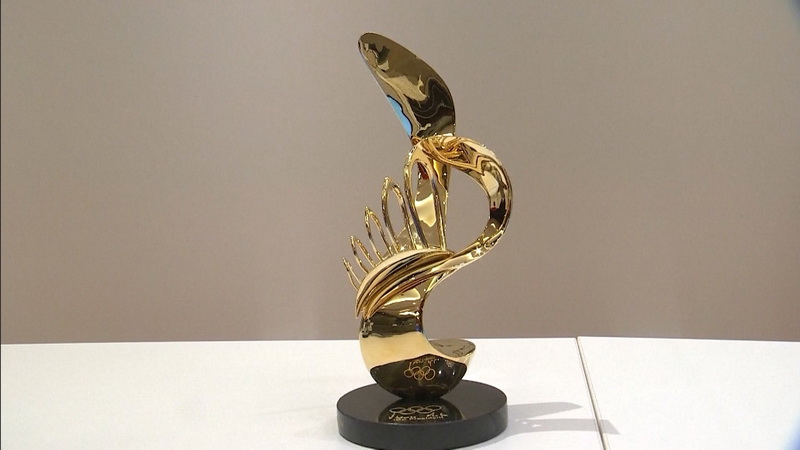 China is changing the strategy of rare-earth metals mining, to mitigate the harmful effects on the environment. For example, in Guangxi Zhuang Autonomous Region, which is rich in rare earth resources, a mining company is using a more sustainable method to extract 17 metals. They are necessary for the production of high-tech products: from smartphones and tablets to batteries for electric vehicles and wind turbine blades.

“The project is divided into two parts: we pump liquid into the mountains, and then we collect it. This method is quite environmentally friendly."

The resulting mixture is transferred to the pool, in which the process of extraction of rare earth metals takes place.

“We use this method after we get rare earth metals. It is designed to treat wastewater in the mountains, which contain ammonia nitrogen."

The company has invested eight million yuan in the construction of a treatment plant to remove toxic waste.
< br>
Tens of thousands of volunteers join the fight against the COVID-19 outbreak in Shanghai

Tens of thousands of young volunteers in Shanghai volunteer to support the fight against the coronavirus epidemic. Most of them are between 20 and 30 years old. Zhou Xiaoyang is the fire chief of Xiuhui District in Shanghai. She was preparing for the wedding, but the outbreak of COVID-19 made the girl change her mind.

“We planned to have a wedding in Nanjing, and we could go there. But since help is needed here, we decided to postpone the wedding and join the fight against the pandemic.

Zhou is one of many Shanghai residents who puts the needs of the city ahead of his own. The day before, several families ran out of infant formula in a gated community. Police officerLi Feng found out about the situation and came to help. Two more volunteers, instead of celebrating their birthday, maintained order during testing for COVID-19 and controlled the delivery of vegetables and medicines. 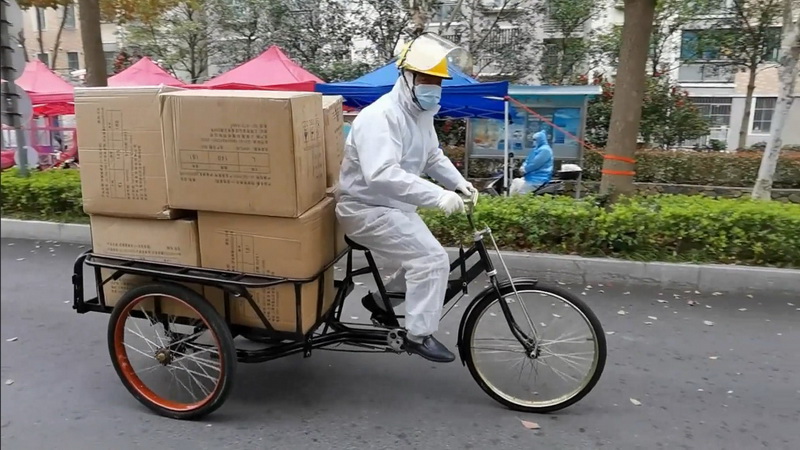 A traditional spring trend in China is cherry flavored products or sakura designs. Shops offer a variety of goods: from cheesecake and coffee to shower gel.

“I just bought cherry flavored tea, it has a beautiful pink color, I think this mug will look good in photographs, one of the customers rejoices. “I really like this kind of tea because it is associated with warmth.”

I like their smell better - this is the opinion of the buyer-young man. "For example, cherry-flavored Coca-Cola is delicious."

"Cherry" goods can only be bought in spring. This restriction does not affect the profits of companies in any way. On the contrary, Chinese people are looking forward to spring to enjoy seasonal products, and sellers use this time to their advantage. 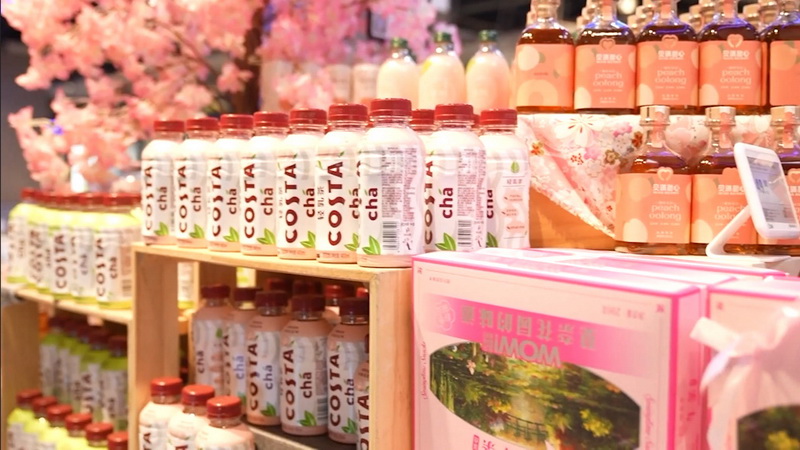 Turkey reached the second peak of the COVID-19 pandemic 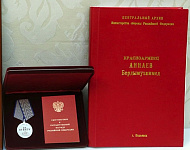 A new fire broke out in Beirut, but the situation is already under control