According to the head of Chechnya Ramzan Kadyrov, it is planned to change communications in the village, erect apartment buildings, hospitals, kindergartens, schools, recreation areas.

The head of Chechnya, Ramzan Kadyrov, intends to give the status of a city to the village of Achkhoy-Martan after a large-scale reconstruction. He announced this on Thursday in his Telegram channel.

"In the near future, it is planned to begin large-scale construction work on the improvement of the village territory, the construction of social and other facilities for the subsequent granting of the status of the city. Together with the head of the administration of the Achkhoy-Martan municipal district, we examined the sites subject to thorough reconstruction, as well as the places of possible construction of facilities," Ramzan Kadyrov wrote.

According to him, the village plans to change communications, the construction of apartment buildings, hospitals, kindergartens, schools, recreation areas.

"In the near future, we will have a really huge amount of work to create better conditions for the residents of Achkhoy-Martan. The task is to turn it into one of the most attractive and comfortable cities," the head of Chechnya said.

Ramzan Kadyrov instructed the government to form a headquarters for the reconstruction of Achkhoy-Martan and prepare the necessary documentation for the start of construction work, which is scheduled for the middle of next year. 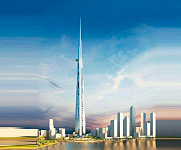 In China, the cured city of Wuhan thanks doctors across the country

Citrus Festival kicks off in Turkey