Cable car to appear in Grozny

The agreement on this was signed at the Russian Investment Forum in Sochi.

The mayor of the Chechen capital, Ibragim Zakriev, and the general director of the National Ropeway Company, Boris Shloma, agreed that a cable car will appear in the city center. Its capacity is expected to be up to two thousand passengers per hour.

As Ibragim Zakriev noted, the appearance of the cable car will bring the city closer to making Grozny "the youth center of the Caucasus and all of Russia." The mayor is confident that the highway will help relieve traffic congestion and become a tourist attraction of the republic's capital.

The preliminary plan assumes that the route of the cable car will stretch from the Minutka shopping and entertainment center to the Grozny City complex. It is planned to equip two stations along the two-kilometer route.

The Russian Investment Forum (RIF) has been held in Sochi since 2002 and is a traditional platform for presenting Russia's investment and economic potential. The main topic of RIF-2019, which takes place on February 14-15, is the implementation of national projects.

To strengthen the patriotic education of young people in Hong Kong, a special day was established 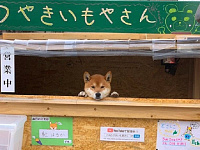 In Japan, a dog works as a seller of potatoes (video) 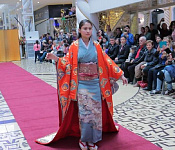 Winter has arrived in Saudi Arabia 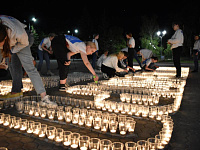 "Victory Volunteers" will hold a memorial event on the Beirut embankment