The corresponding decree was signed by President Vladimir Putin, the document was published on the official Internet portal of legal information .

By the same decree, the head of state instructed the head of his administration to approve the structure and staffing of the apparatus of presidential plenipotentiaries in these two districts.

The government was instructed to bring its acts in line with this decree within 3 months. The head of the presidential administration was instructed to approve the structure and staffing of the offices of the presidential envoys in the indicated federal districts, and to carry out appropriate organizational measures. Baikal regions in the program for the development of the Far East. At the end of October, Alexander Osipov, the former deputy head of the Ministry for the Development of the Far East, was appointed acting head of Transbaikalia.

After the exclusion of Buryatia and Transbaikalia, ten regions remained in the Siberian Federal District: Altai, Altai Territory, Irkutsk, Kemerovo, Novosibirsk, Omsk and Tomsk Regions, Krasnoyarsk Territory , Tuva and Khakassia. The current presidential envoy in this district is the former governor of Sevastopol, ex-deputy commander of the Russian Black Sea Fleet Sergei Menyailo.

The Far Eastern Federal District now has 11 subjects. In addition to Buryatia and Transbaikalia, these are Kamchatka, Primorsky and Khabarovsk Territories, Amur, Jewish Autonomous, Magadan and Sakhalin Regions, as well as Yakutia and Chukotka. The Far Eastern embassy is headed by Yuri Trutnev, who combines this position with the post of Deputy Prime Minister in the Russian government.

The federal districts were created in May 2000 in accordance with the decree of President Putin.

A young resident of Vladikavkaz entered the Russian Book of Records

Japan lowers the age of majority

Dragon boat race to be held in Okinawa

In Japan, for the first time tested an unmanned high-speed train

China adheres to a human-centered philosophy 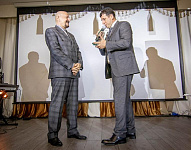 The Sergei Weinstein Prizes were presented in Moscow