The armed forces of Azerbaijan and Turkey worked out counter-terrorist operations during the exercises.

The Armed Forces of Azerbaijan and Turkey held joint tactical exercises, where skills were developed to destroy sabotage groups and conduct counter-terrorist operations. The press service of the Azerbaijani Ministry of Defense reported this on Saturday.

“According to the joint action plan for 2021, tactical exercises were held with the participation of Azerbaijani and Turkish military personnel. The main goal of the exercises held at the combined-arms training ground of the Azerbaijani army was to improve interaction and increase the combat capability of the units of the armies of the two countries, to develop the skills of commanders of operational units to make military decisions, initiative and managerial abilities,” the message says.

According to the defense ministry, during the exercises, special groups "solved the tasks of covert penetration and organizing an ambush in the depths of the defense of a mock enemy at various times of the day, as well as capturing a command post and military facilities."

"Particular attention was paid to the organization covert movement, the destruction of sabotage groups, the suppression of enemy provocations and the study of the features of counter-terrorist operations,” the Ministry of Defense added.

The number of servicemen and military equipment involved in the exercises is not reported.

The Russian delegation will assess the epidemiological situation in Turkey

The main Jewish reception of the year was held in Russia

In the UAE, products will be painted in three colors 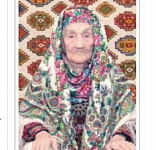