Production of the Russian drug "Sputnik V" has begun in Armenia.

Armenian specialists, together with their colleagues from the Russian Federation, have started the production of the Russian vaccine against coronavirus "Sputnik V" in Armenia, which will undergo laboratory tests in the near future. About this on Thursday, after a government meeting, she told reporters and. about. Health Minister Anahit Avanesyan.

“We have pretty good progress regarding the production of the Russian drug Sputnik V in Armenia. Production has begun, in the near future the first copies will undergo appropriate research," she said.

The vaccination campaign began in Armenia in the spring. According to the latest data, about 80,000 people received vaccinations. people (about 2% of the population). In recent days, the daily increase in the number of people infected with coronavirus in the republic has ranged from 90 to 130. Since the beginning of the pandemic, 225,095 people (approximately 8% of the population) have been infected, 4,514 have died from complications caused by the infection.

License plate sold for more than $10 million in Dubai

Nevinnomyssk Azot will be engaged in the production of medical oxygen

Vaccination rate in Iran to reach 70% in coming days

Russia to present BMP-3 at an exhibition in the UAE 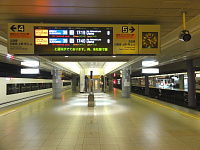 Thai schoolchildren rescued from Tham Luang cave to be filmed

The President of Kazakhstan will meet with the Pope