China's State Council decides to appoint John Lee as Chief Executive of Hong Kong. He won the election on May 8 and will take office on July 1 this year. The decree appointing him was signed by Prime Minister Li Keqiang.

Xia Baolong, Head of the Office of the State Council of the People's Republic of China for Hong Kong and Macau Affairs, presented a report on the elections. According to him, the victoryof John Leewith an overwhelming majority testifies to the common desire of all sectors of Hong Kong to embark on a new path of solidarity. 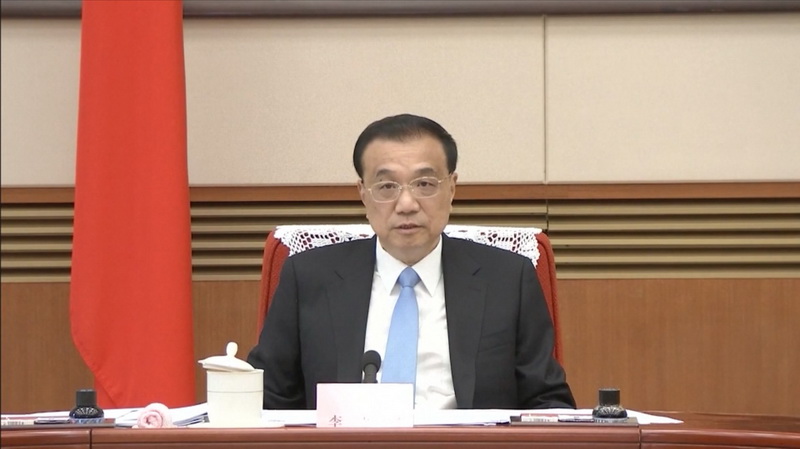 Prime Minister Li Keqiang noted that the central government will remain firmly committed to the full and faithful implementation of the "one country, two systems" principle, according to which Hong Kong enjoys a high degree of autonomy. Beijing will also fully support the head of the executive branch and the government of the special administrative region in the implementation of legal administration, the premier said.

He also promised to support Hong Kong in strengthening and raising its status as a global financial, trade and shipping center, in accelerating its transformation into an international center of innovation and technology, as well as its long-term prosperity and stability.

PM expresses confidence that John Lee, upon taking office, will unite and lead the new government of Hong Kong and people from all walks of life to open up new horizons in the development of the region. The meeting was attended by the Deputy Prime Minister Han Zheng and other leaders of the State Council. 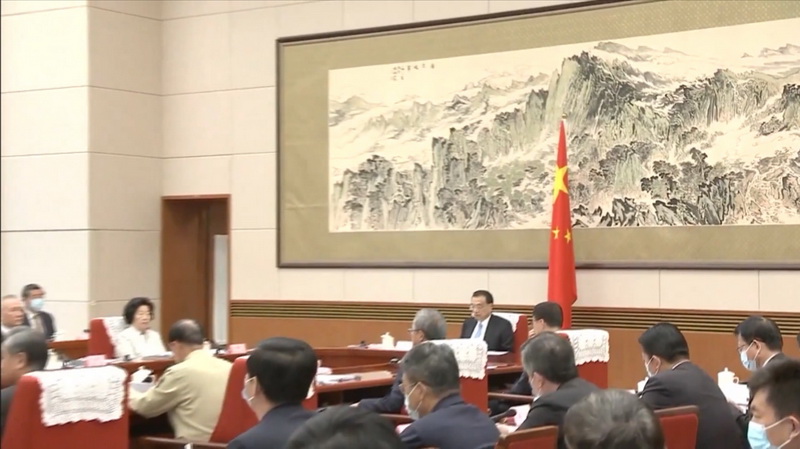 Earthquake magnitude of almost 5 occurred in Sichuan province at about half past eight on Friday morning Beijing time. The epicenter was fixed at a depth of 20 kilometers. 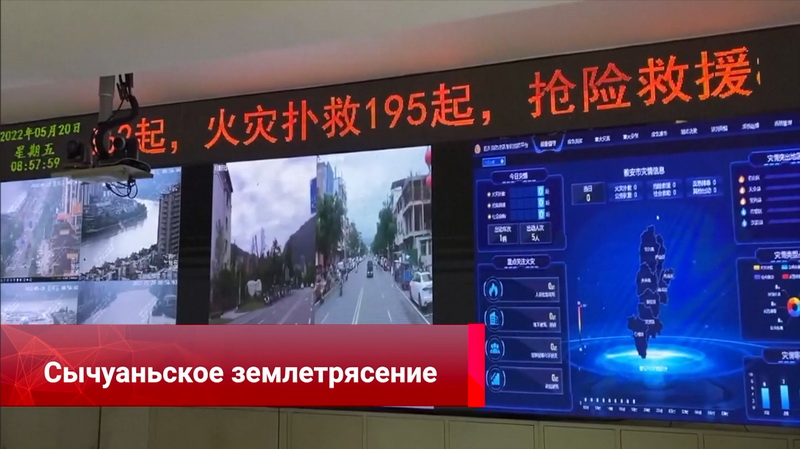 “At the moment we have already reached the epicenter of the earthquake. Several old buildings were damaged, and brickwork collapsed in some places. In addition, rockfalls occur in the mountains, but the roads to the area where the earthquake occurred are mostly unblocked. 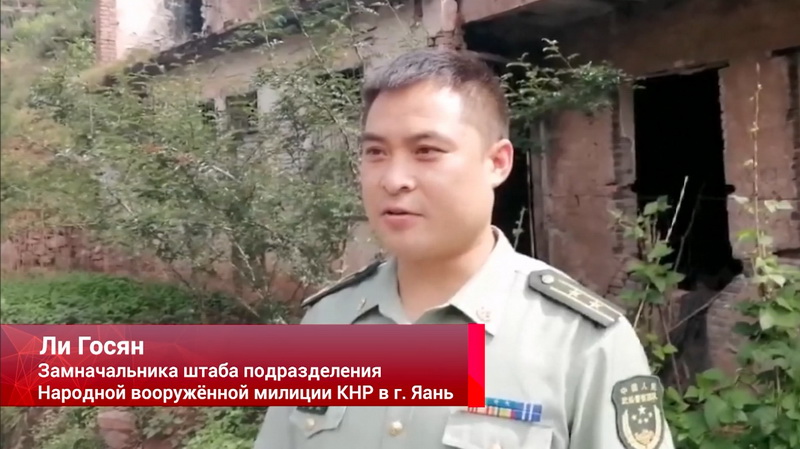 National and regional trails in the area of the earthquake epicenter are free. Power supply and communications are operating normally, there are no reports of casualties. Local rescue teams, medical teams and technicians arrived at the scene to check the situation and prevent secondary damage.

A unique intelligent fish farming vessel was delivered to the port of Qingdao in Shandong Province. The new aircraft is a technological breakthrough in Chinese shipbuilding and deep sea aquaculture. 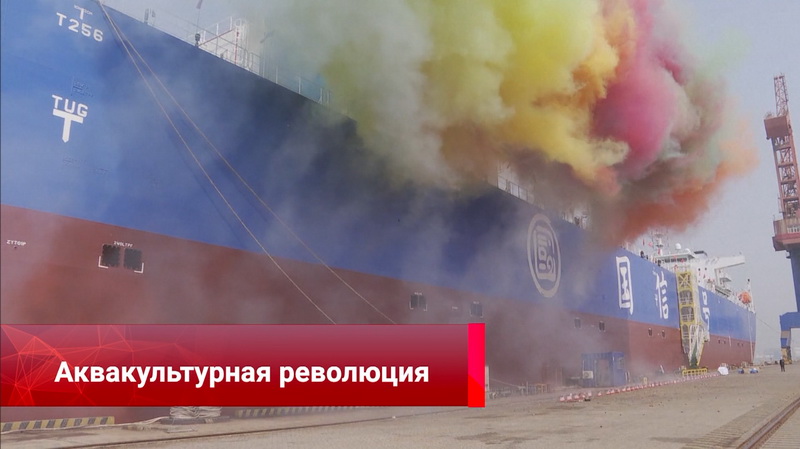 A ship with a length of almost 250 meters called "Guoxin-1" has a maximum carrying capacity of 100,000 tons and a displacement of 130,000 tons. It holds 15 aquariums, each larger than two standard swimming pools. The vessel is capable of producing 3,700 tons of high-quality fish annually, including yellow croaker, groupers and Atlantic salmon. 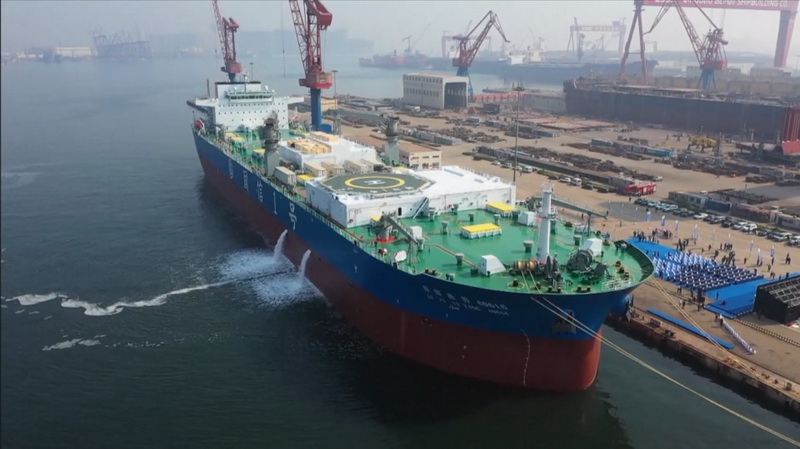 More than 30 patented technologies were used to create Guoxin-1. The key innovation is the continuous exchange of water between the sea and the tanks in the hold. This means that the water is constantly recycled and purified. This creates optimal conditions for the reproduction of fish. The duration of their breeding cycle in the Guoxin-1 pools is a quarter shorter than in conventional fish farms.

The vessel will operate in the Yellow, East China and South China Seas, and the first batch of yellow slabs is expected to hit the market by autumn 2022. The Guoxin-2 and Guoxin-3 ships of the same model are under construction, which is scheduled to be completed by March 2024. And at the end of 2023, China intends to start building the Guoxin-4 vessel, which will have even more advanced technologies. 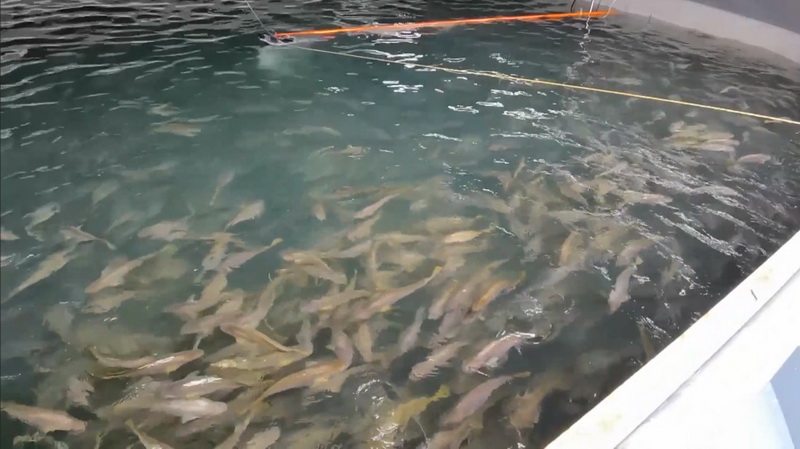 China's Zhuzhong rover has been put into sleep mode until the weather improves on the surface of the Red Planet. The scientists compared images taken by the spacecraft on March 16 and April 30 and analyzed data on how much electricity its solar panels generate. These calculations showed that the planet is experiencing severe sandstorms. 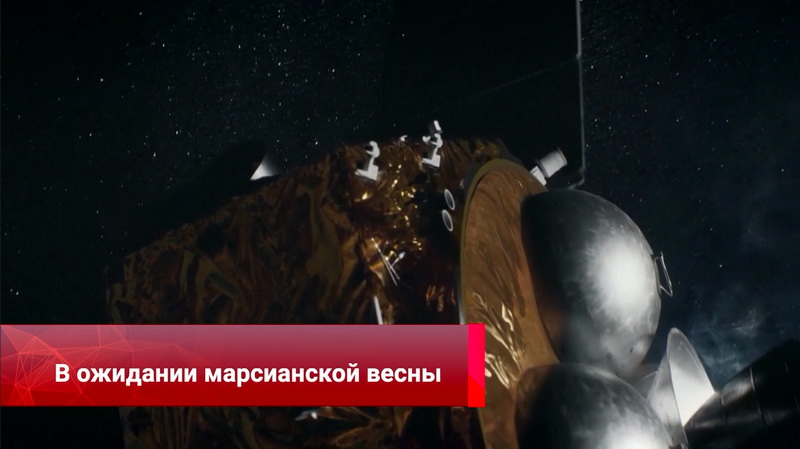 In addition, Martian winter has set in in the Zhuzhong landing zone and daytime temperatures do not exceed minus 20 degrees Celsius, and at night frost can reach 100 degrees. Sandstorms and excessively cold weather can weaken the Zhurong's generating capacity, so the scientists decided to put the rover into sleep mode. 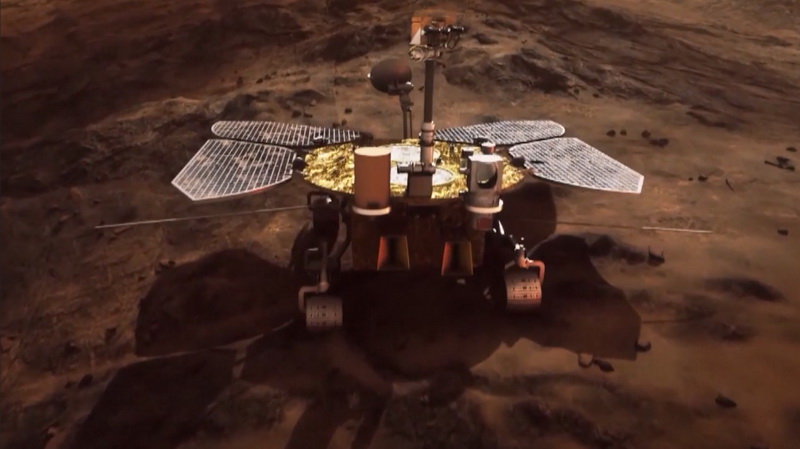 landing, spring will come and environmental conditions will improve, the rover will return to work. The Mars mission team plans to continue monitoring the weather with the Tianwen-1 orbiter, which conducts remote sensing of Mars. One of the last images he sent back to Earth shows circumpolar latitude terrain in the southern hemisphere of the fourth planet in the solar system.

The AC352 medium multi-purpose helicopter developed in China has completed the flight test phase. It entered the final phase before receiving the airworthiness certificate. Passed tests of the new model included 87 parameters, such as takeoff and landing, level flight, climb performance, as well as stability and low speed operation. The total duration of this stage exceeded 37 flight hours. 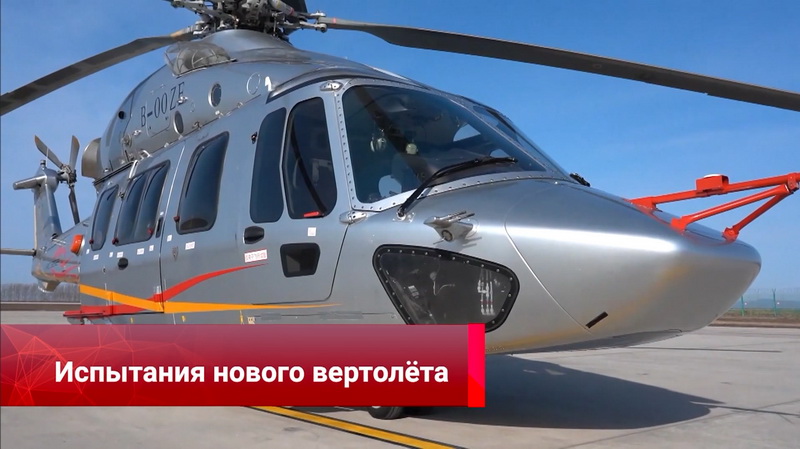 The new aircraft is a medium-sized twin-engine helicopter. It can carry up to 16 passengers with a maximum takeoff weight of 7.5 tons. Its first flight took place on December 20, 2016 in Harbin. Tests for the helicopter airworthiness certification began at the end of 2019. Previous testing of this model included performance tests at high and low temperatures, in various geographical zones and weather conditions throughout the country. 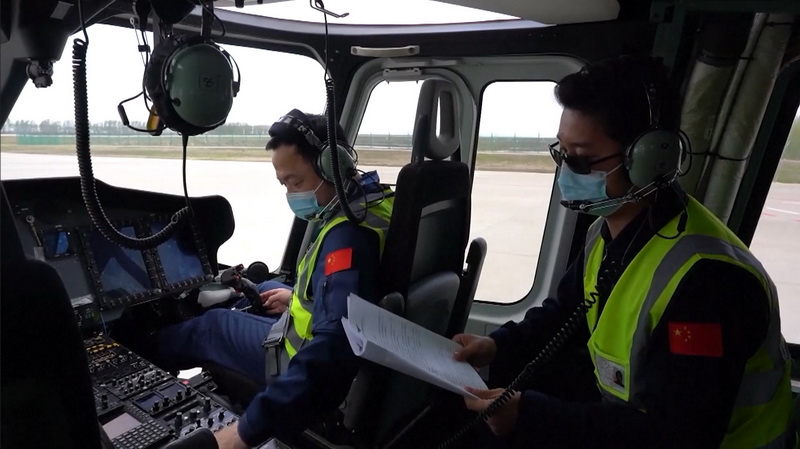 "Sincerity is more important than technique." These are the words of the famous Chinese artist Huang Yongyu. For more than half a century, he has been loved by audiences of all ages, and all because he puts his heart and soul into his art. 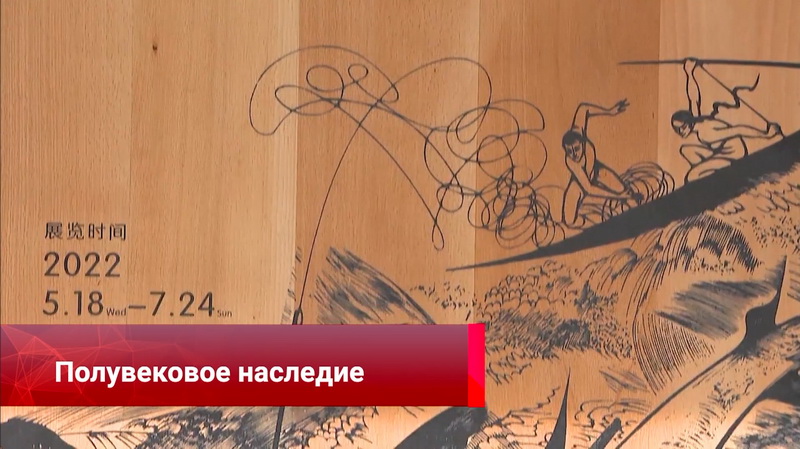 Today he is almost 99 years old, behind his back - a lot of works in various genres and techniques, his engravings are especially famous. The best can be seen at the Suzhou Museum, which has opened an exhibition of his works created in the second half of the 20th century. Here are 78 portraits and illustrations for classical literary works, the famous work "Spring Tide" and the artist's most famous series of paintings - "Ashima" - a set of portraits based on folk epic. 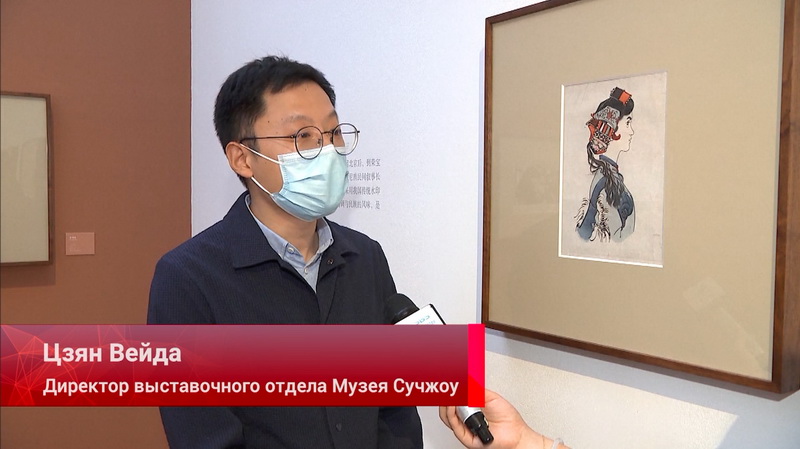 < i>Jiang Weida, director of the exhibition department of the Suzhou Museum:

“Huang Yongyu is known for his Ashima work. This is a set of 10 paintings. Five of them are now on display. The artist created these illustrations during his visit to Yunnan in the 1950s, inspired by the epic poem "Ashima" written by the Sani people. Please note that the headdress in the portrait is decorated with intricate ethnic patterns, but the profile itself is depicted with simple strokes. This contrast provides a strong visual effect." 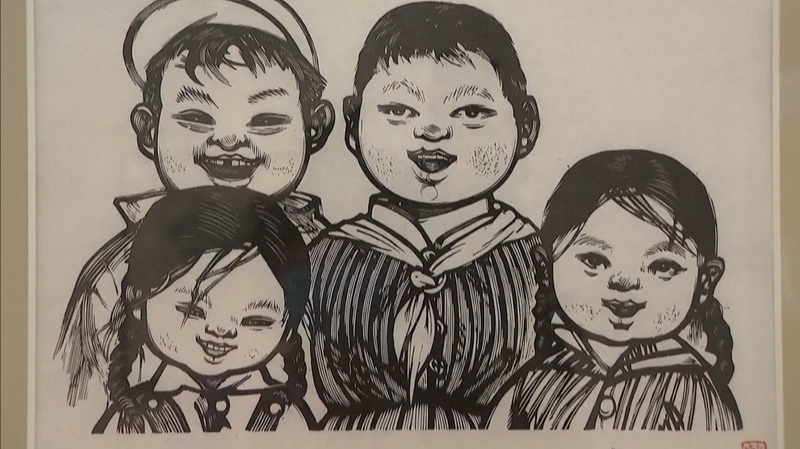 Huang Yongyu was born in Hunan province in central China in 1924. He left his hometown of Fenghuang as a teenager and traveled extensively around the country. His works - engravings, wood carvings and literary compositions - are filled with a deep understanding of people from different walks of life and reflect the spirit of the times. 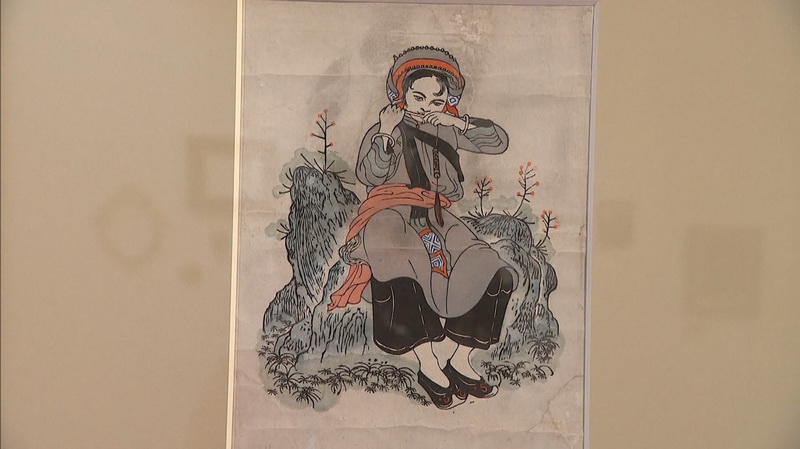 The 98-year-old master is very pleased with the opening of the exhibition of his works. He recorded a special video for the museum to express his gratitude and hopes to have another exhibition soon, this time dedicated to his centenary. 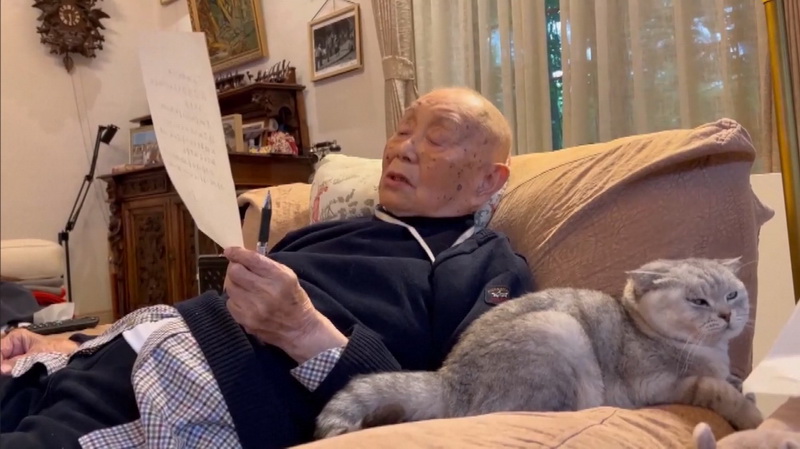 “I consider this exhibition in Suzhou a great honor. I have many friends in the artistic circle of this city. I have been working in art for several decades and the only wisdom I have gained is not to flaunt my seniority. God willing, if I live to be 100 years old. Just over a year left. When the time comes, I will arrange an exhibition of my latest works.”

The opening of the exhibition in Suzhou was timed to coincide with the International Museum Day. It will last until July 24. 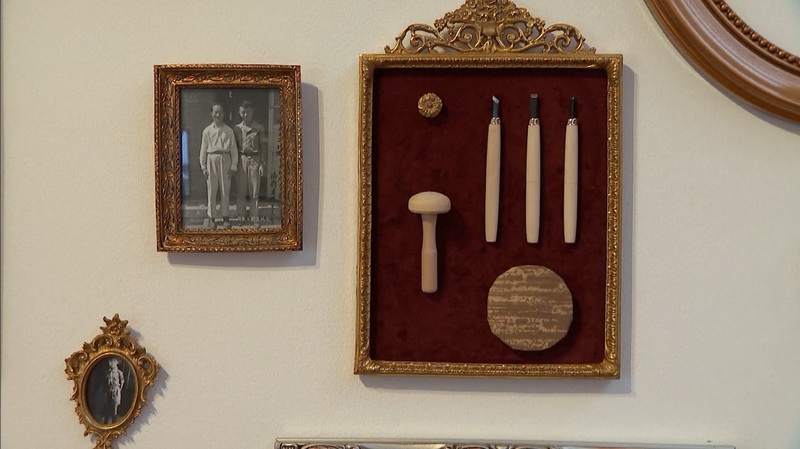 10-year-old Sun Jiarui from Wuxi City, Jiangsu Province has become popular on the Internet thanks to her amazing culinary skills for such a young age. The girl started learning to cook two years ago from her father. He runs a restaurant that serves homemade meals. 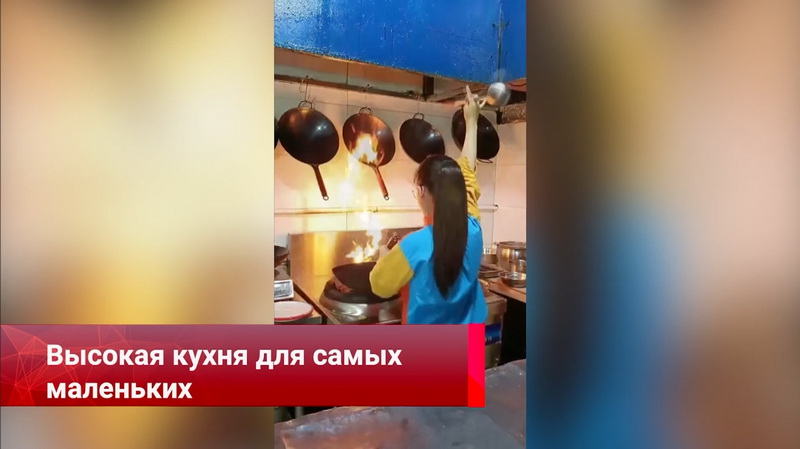 In culinary skills, Jiarui surpasses many adults. She can hold a large iron pan with one hand and easily turn it on the stove.

“My dad and mom worked very hard. I wanted to do something to make their lives easier. In the beginning, when I was little, I just helped them take orders, pack and wash dishes.” 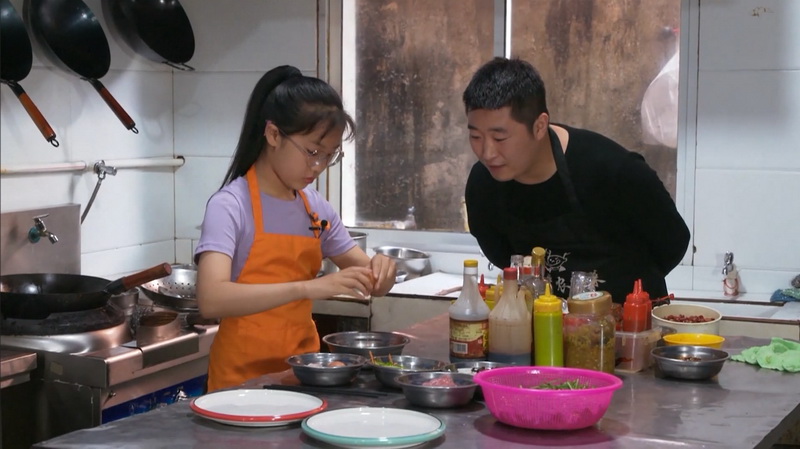 Gradually Jiarui found that she really liked cooking. Therefore, the girl began to ask her father to teach her this art after school.

a job as a cook and she asked me to teach her. She said she could cook for me in the future.”

After two years of training, a ten-year-old girl can cook more than 50 gourmet dishes. Since last year, "Little Cook" has been recording and posting short cooking videos on the Internet. They quickly became popular, and the young craftswoman had a lot of fans. Sun Jiaruialready teaches at her own school - she has been invited to teach cooking classes at the new fine dining studio. 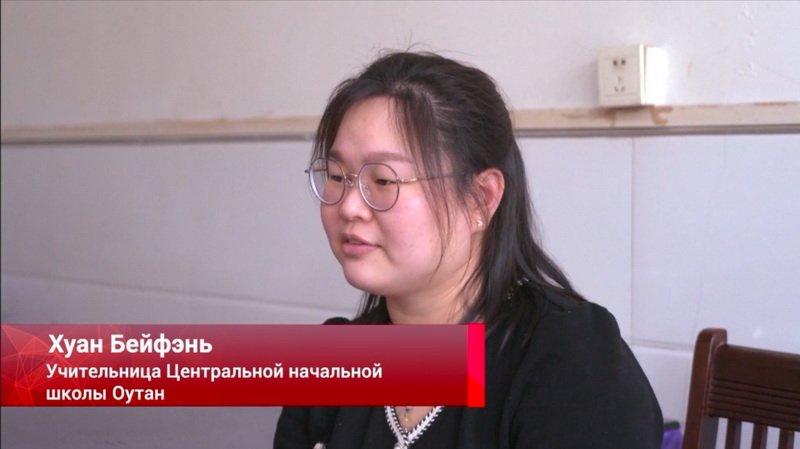 “This little girl is getting more and more confident as her skill adds to her popularity. This will benefit her studies, as it is directly interconnected."

Hands-on skills training will be included in the curriculum of China's primary and secondary schools as early as this fall, according to with the new recommendations of the Ministry of Education. 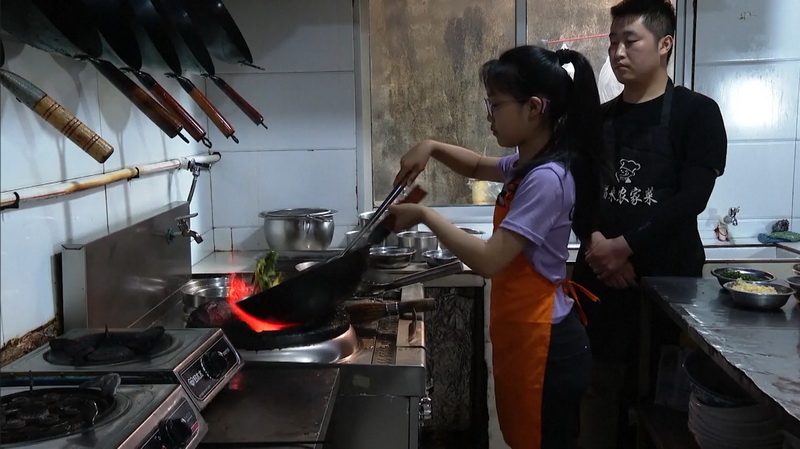 Children will be able to acquire many skills, from household chores such as cleaning and cooking, to working in agriculture, manufacturing and services. The purpose of including such subjects in the school curriculum is to encourage students to participate in manual labor, in addition to academic education, and to provide them with comprehensive training. Lessons will be held at least once a week, and student progress will be assessed using a multi-pronged approach.  Previously, the country reduced the excessive teaching load on schoolchildren by reducing the amount of homework and additional courses.

Anthem Day will be celebrated in Tajikistan