Anniversary is celebrated by Yasen Zasursky

The President of the Faculty of Journalism of Moscow State University and the ex-dean of the same educational institution turns 90 years old.

Prime Minister Dmitry Medvedev has already congratulated the Doctor of Philology on his birthday.

“Today, in the digital age, new knowledge and skills are required from journalists. Your merit lies in the fact that the high “human dimension” of this profession remains unchanged, and the traditions you laid down find a worthy continuation in today’s very technological world,” the head of government emphasized.

He also noted the journalist’s skill, his erudition, sincere love and respect for students.

Yasen Zasursky was born on October 29, 1929 in Moscow. In 1944, after graduating from high school as an external student, at the age of 14 he entered the English department of the Moscow State Pedagogical Institute of Foreign Languages.

Received the specialty "teacher of English in secondary and higher schools." In 1948-1951 he was a post-graduate student of the Faculty of Philology of Lomonosov Moscow State University.

Yasen Zasursky has a number of awards, including two Orders of the Badge of Honor, the Order of Friendship and the UNESCO gold medal named after Mahatma Gandhi. He was awarded the Russian Government Prize in the field of mass media for his personal contribution to the development of the media, he is an honored journalist of the Russian Federation.

A cluster for extreme tourism will be created in the Arctic region of Yakutia.

China explains why WHO experts cannot enter the country yet

In Israel, the government is fighting for an urgent exit from the pandemic

In Japan, an underwater tunnel was built to discharge water from the Fukushima-1 nuclear power plant 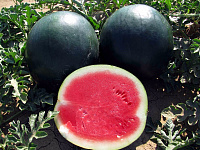