The airline operates flights on the route Moscow - Bishkek twice a day, in the morning and in the afternoon.

The Russian airline Aeroflot resumed regular flights to the capital of Kyrgyzstan on Tuesday. This was reported to TASS in the press service of the joint-stock company Manas International Airport, which includes all major Kyrgyz air harbors.

“From March 22, 2022, morning flights on the Moscow-Bishkek-Moscow “are resumed,” the press service representative said.

According to her, Aeroflot now operates flights on the Moscow-Bishkek route “twice a day, in the morning and afternoon.”
< br> It was previously planned that regular Aeroflot flights from Moscow to Bishkek were to begin on March 14, however, air traffic resumed in full only on March 22.

Regular passenger flights between Russia and Kyrgyzstan were terminated in the spring of 2020 years due to the corona virus pandemic. However, since the summer of the same year, the number of charter flights from the Russian Federation to Kyrgyzstan and in the opposite direction has been significantly increased.
Russia Kyrgyzstan Moscow Bishkek Aeroflot air communication flight TASS
|
Facebook
|
Twitter
|
VKontakte
|
Odnoklassniki

Monument to Islam Karimov to open in Moscow soon

Medical experts from China flew to Russia to fight coronavirus

Flower beds in the form of carpets appeared in Bishkek

In Bratsk, a citizen saved a 4-year-old boy from a fire 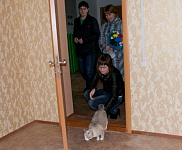 Seven tons of sumalak will be prepared in Tashkent