A war veteran from Tajikistan received Russian citizenship on the eve of Victory Day.

Veteran of the Great Patriotic War Oleg Sobolev, being a citizen of Tajikistan, received a Russian passport. The document was handed over to the veteran by the Ambassador of the Russian Federation to Tajikistan Igor Lyakin-Frolov at the Russian Center for Science and Culture in Dushanbe, where the congratulations of war veterans on the 76th anniversary of the Victory took place, according to a correspondent on Wednesday. TASS.

Lyakin-Frolov noted that Sobolev wanted to obtain Russian citizenship, for which the diplomatic mission of the Russian Federation sent a corresponding submission to Moscow for consideration by Russian President Vladimir Putin, since this was an exceptional case. “The other day we received a positive response, made a passport and today, on the eve of Victory Day, we solemnly handed Oleg Sobolev a passport of a Russian citizen, said the diplomat. He also noted that Sobolev is a well-deserved veteran, was a blockade survivor, and after moving to Tajikistan, he connected with the republic all his life. The ambassador added that the veteran, who has worked in the press for many years, still writes articles, books, poems, mostly about the war.

The Ambassador of the Russian Federation also congratulated other war veterans and home front workers, conveying Putin's congratulations and handing out gifts and material assistance on the eve of Victory Day.

About the 97-year-old veteran

Oleg Sobolev was born in 1924 in Peterhof, went to the front at 17 years old, enlisting in the 78th fighter battalion of the NKVD troops of the Leningrad Region. Later, he fought in the       For military merits, Sobolev was awarded the Order of the Patriotic War, 1st degree, medals "For Courage", "For the Defense of Leningrad", "For the Liberation of Prague", "For the Victory over Germany", the badge "Defender of the Oranienbaum bridgehead", Anniversary medal for the 75th anniversary of the Victory in the Great Patriotic War and others. In  1950, he arrived for service in an air surveillance regiment in Tajikistan, and since lives in the republic.

After leaving the army, Sobolev began his professional career in journalism. In  July 1954, he went to work in the editorial office of the Tojikistoni Surkh newspaper, and a year later he became assistant to the Minister of Culture of the Tajik SSR. Subsequently, he also worked in the newspapers Komsomolets Tajikistan and Stalinobod. In 1959, Sobolev became an employee of the Tajik Telegraph Agency TajikTA (now the national news agency Khovar) and worked here for more than half a century, of which he gave TASS 30 years, informing the world community about the achievements of Tajik culture and science. 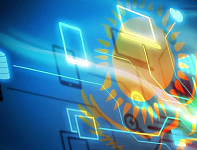 Kazakhstan plans to carry out digitalization on its own

Kazakhstanis will be paid for videos with offenses

Saudi Arabia to reopen borders on May 17

Kizlyar brandy factory was visited by about a thousand tourists