A rare diamond weighing over 100 carats was sold at an auction in Hong Kong for $15.7 million.

A unique 102.39-carat oval-cut colorless diamond went under the hammer in Hong Kong on Monday for $15.7 million. This was announced by the organizers of the auction from the auction house Sotheby's ("Sotheby's").

“Lot sold for 121,562,000 Hong Kong dollars ($15.7 million)”,  This is the final price including all taxes and commission. At the same time, the final bid at auctions broadcast online, according to corr. TASS, amounted to 104 & nbsp; million Hong Kong dollars (13.42 & nbsp; million US dollars). The buyer, whose name was not disclosed, made it by phone

The stone was obtained from a 271-carat rough diamond found two years ago at the Victor Mine in Canada. It has been assigned by experts the color of category D and & nbsp; impeccable characteristics. Only seven diamonds weighing over 100 carats with such properties were put up for auction, this one was the eighth.

Organizers described this auction as unprecedented because it was held without setting a reserved price. This means that the item would have been sold regardless of the size of the highest bid. This was intended to further stir up public interest and expand the circle of customers with confidence in the result.

The auction house also did not set the minimum bid and did given the estimated value of the lot. However, according to the forecasts of a number of experts, the price of such a stone could be about 26 million dollars. It is known that in the past colorless diamonds of this category were sold from  11 to  33 million dollars.

On Israel's Independence Day, only doctors walked the streets 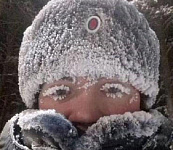 Eyelashes in hoarfrost: the police of Yakutia took a selfie

In a year and a half, the clock tower in Antalya will be restored

Tax free is being launched in the UAE