A new section of the Istanbul-Izmir highway opens

Now the travel time along the route will be reduced by 3.5 hours - up to 8.5 hours. This was announced by the Minister of Transport and Infrastructure of the country Cahit Turhan.

According to him, the new highway will become one of the main transport routes that connect the Marmara and Aegean regions, as well as the western Mediterranean and Anatolia.

Turhan recalled that construction of the motorway began in 2010. During the construction work, the Osmangazi Bridge had to be seriously reconstructed; it was put into operation in 2016.

The cost of the work amounted to $10 billion. The length of the segment is 192 kilometers. Autobahn is unique in that it can be accessed from small roads. The project was planned to be put into operation in 2020, but the construction was completed ahead of schedule.

All the necessary testing of the new road has already been carried out, and its opening was timed to coincide with the holidays on the occasion of the Eid al-Adha holiday. From August 10 to 18, many Turks will go on traditional trips around the country.

Kyrgyzstan's military will take part in the following CSTO exercises 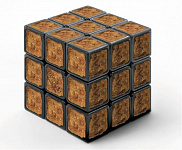 The Leo half marathon was held in Primorye.Run 2022

COVID-19 vaccination to start on February 26 in Malaysia

Lebanon may restore electricity from Monday

Railway construction resumed on the border of Turkmenistan and Afghanistan