A million new jobs, a silkworm paradise, the fabulous success of tiktoker and the White Snake in 4K - watch China Panorama-141


The Chinese economy shows high resistance to risks and shocks

China's economy is gradually recovering from the COVID-19 epidemic. This was stated by the official representative of the State Statistical Bureau of China Fu Linghui.

Fu Linghui, Spokesman for the State Bureau of Statistics of the People's Republic of China:

“In April this year, the Chinese economy was hit by the coronavirus outbreak, but the impact is short-lived. In the long term, we will see better results. The general trend of transformation, modernization and high-quality development of our economy has remained unchanged.”

Thus, in April, the total retail sales amounted to almost 3 trillion yuan, and imports and exports exceeded this amount. Despite the pandemic, China's food and energy industries have managed to maintain growth. The extraction of coal, oil and natural gas has increased.  Steel production reached 110 million tons, and coal - 360 million tons.

Fu Linghui, Spokesperson for China National Bureau of Statistics:
“Since the beginning of this year, the country has provided enhanced financial support for the real sector of the economy: reducing taxes and fees, postponing the payment of social security contributions and issuing preferential loans. This helped solve the problems of many enterprises and stabilize the economy.”

The official noted that in the first four months, the value added of industrial enterprises with annual sales revenue of 20 million yuan or more, increased by 4% year-on-year, while investment in fixed assets and total imports and exports increased by almost 7 and 8 percent, respectively. 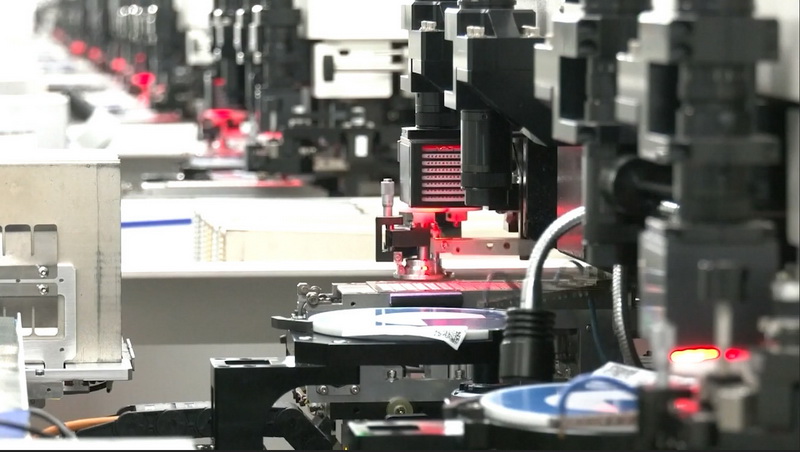 Shanghai is actively recovering from the outbreak of COVID-19, due to which the city spent a month and a half in the regime of strict restrictions. An important milestone in the return to normal life - the airport and the sea harbor of the metropolis have re-opened.

Yangshan port in Shanghai is considered to be the busiest deep water port in the world. Distribution centers of many international companies are located here. By mid-May this year, 85% of enterprises in the Yangshan Free Trade Zone had resumed operations. The transportation of goods from China to foreign markets is being carried out again. More than twenty thousand employees work in a "closed loop" mode to ensure the normal functioning of the port.

“To date, the daily throughput of the Shanghai port has already exceeded 80%. The container turnover rate in the port area has also reached its initial level. Inspection of the container at customs takes place on the day of receipt.

The port of Shanghai is also increasing cargo transportation via water channels and rivers. This method of delivery allows companies to avoid delays due to possible traffic congestion.

York Pan, co-founder and CEO of a technology company:
“A very large amount of cargo is currently transported by waterways. Traffic on roads cannot be absolutely uninterrupted, so carriers have turned their attention to rivers and canals. In this regard, we launched a project to switch from land to water transport. This reduced the load on highways." 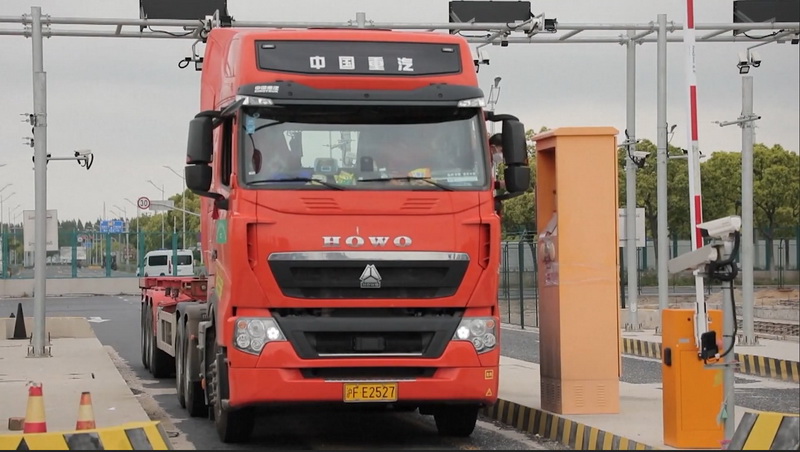 In the meantime, the Shanghai airlines have taken their planes back to the runways. However, only domestic flights are open so far. On May 16, after a long downtime, the first airliner of the local carrier Junyao Airlines took off on the Shanghai-Longyan route. The company said it scheduled three flights a week from Shanghai to Fujian province. Other routes will gradually return to the schedule. 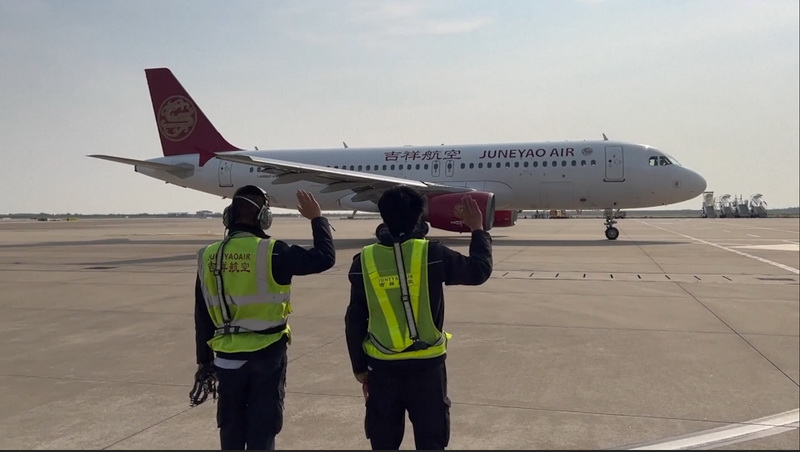 Restrictions on the number of passengers are still in force. As of today, the allowable occupancy of the aircraft is no more than 40 percent.
Passengers departing from Shanghai must provide negative results of the PCR test and the rapid test, which are made within 24 hours before the flight. Those arriving in the metropolis by air must also undergo PCR testing.

The Chinese government has released a three-year plan to create one million new jobs for the disabled. According to the document, until 2024, support measures for people with disabilities will be implemented in urban and rural areas, including the creation of programs for their education and financial assistance. 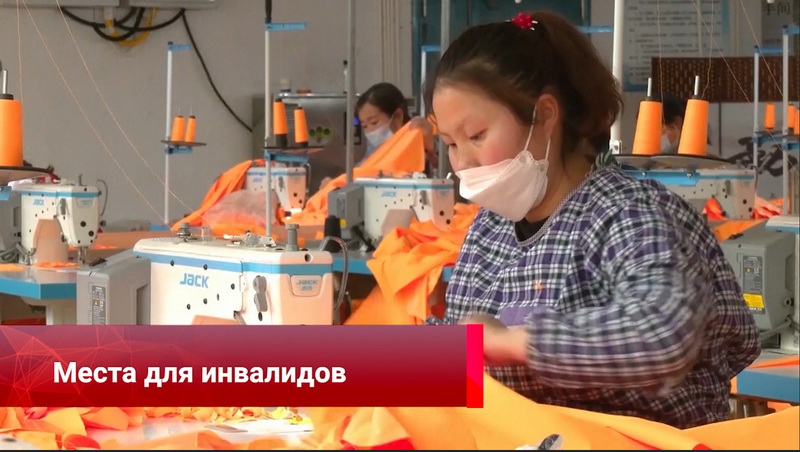 Yu Jiadong, Vice Minister of Human Resources and Welfare of the People's Republic of China:

“Enterprises are encouraged to participate in the creation of a disability skills training system. Technician training schools will also develop more learning projects for the disabled.” 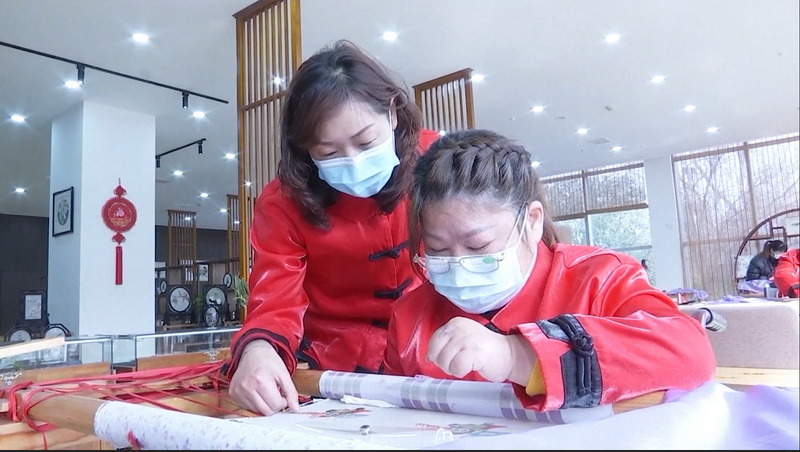 Chongqing, a giant city in southern China, whose economy is based on industry, is taking active measures to help the electronics industry. This area faced difficulties during the new wave of COVID-19.

The city quickly responded to the production and transport problems faced by many companies. The authorities have created a working group to resolve the supply issue, as well as to coordinate various departments.

Simple Technology is the world's largest manufacturer of laptop batteries. At the end of April, its branch office in Chongqing found itself in a difficult position. The company completed an urgent order for seven trucks of materials. But they were unable to send them to their destination, eastern China, due to the tightening of measures to control COVID-19. Thanks to the help of the government team, the order was eventually delivered on time. The companies promptly provided truck passes from Chongqing and access to the destination city.

“The government helped us resolve delivery issues in a timely manner, and allowed us to operate normally and grow our business during the pandemic.”

Industrial park where electronics manufacturers are based also took the initiative. His leadership solves problems related to the organization of workflows. 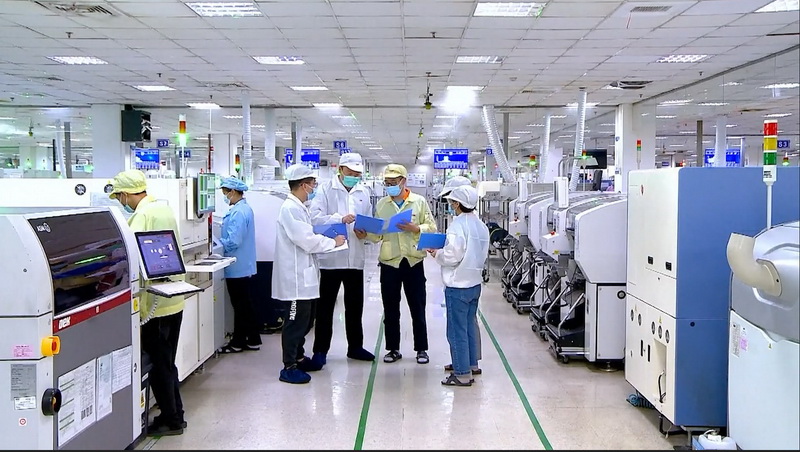 “Having received reports of difficulties from companies, we immediately created a green corridor. We also foresaw some of the challenges that businesses may face during quarantine. In this regard, solutions were proposed in advance in the areas of logistics, recruitment, and sanitization of the production area. 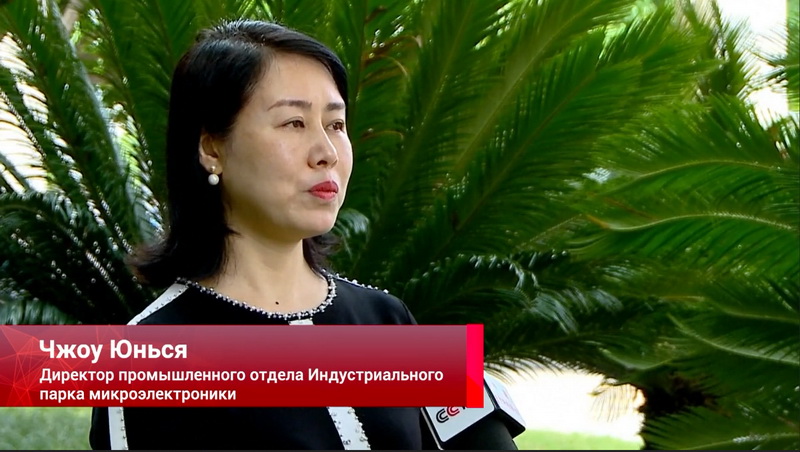 To date, the Chongqing Supply Stabilization Working Group has received about 400 requests for help from local companies. The administration actively cooperates with other regions to keep the industry stable.

In the Qianjiang region of southwest China, thanks to smart silkworm factories, Chinese farmers have moved from traditional manual labor to a more comfortable one. 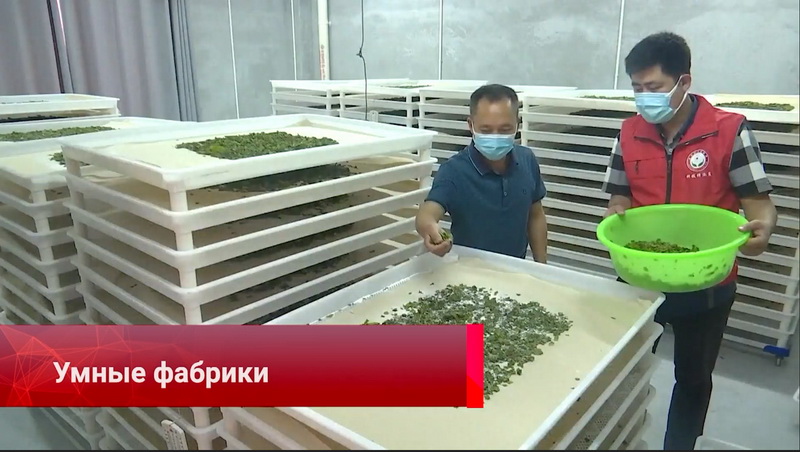 Growing whimsical caterpillars is not easy. They are gentle and very sensitive to environmental conditions. That is why smart factories have automatic incubation rooms that are equipped with temperature controllers and ultrasonic humidifiers.

“When the control system detects that the room temperature or humidity is disturbed, it automatically makes adjustments. Also, in order to create a suitable environment for the growth of silkworms, a ventilation system begins to work in poorly ventilated rooms. It also eases the burden on farmers.” 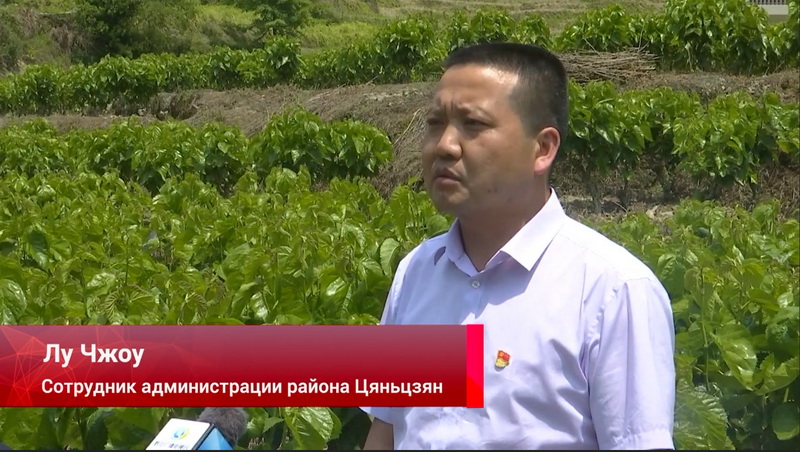 “Once the smart silkworm factories were built, we took control of production costs. In one harvesting season, we can get 10-15 percent more cocoons than before. Sericulture farmers earn at least 10 percent more income than before.” 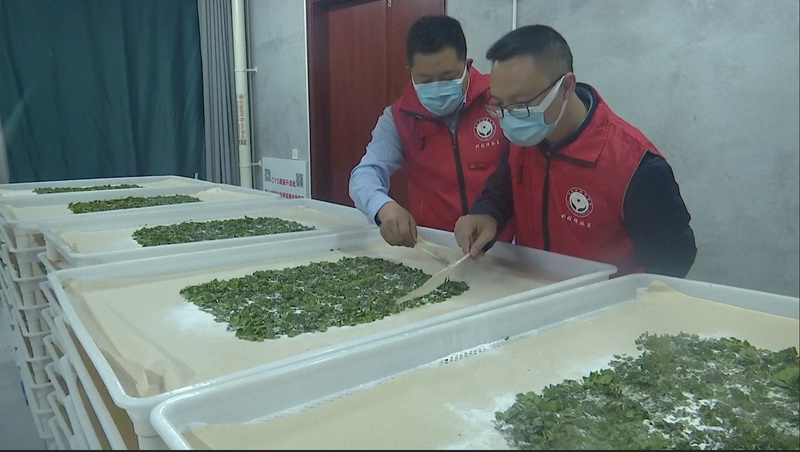 Qianjiang District, which has already built a total of eight smart manufacturing factories silkworm, continues to work on the further development of its industry, applying scientific and technical achievements.

Taiwan Chinese region singer Liu Genghong has become a famous fitness trainer. His videos on social networks are gaining millions of views and inspire the people of China to keep fit.  It all started last year when a man decided to conduct online aerobics classes on the popular TikTok video platform. However, the real glory overtook Liu Genghong two months ago. During the quarantine, people were forced to stay at home and trained from video tutorials on the Internet. Live fitness classes with Liu Genghong and his wife were often joined by up to 4 million people. 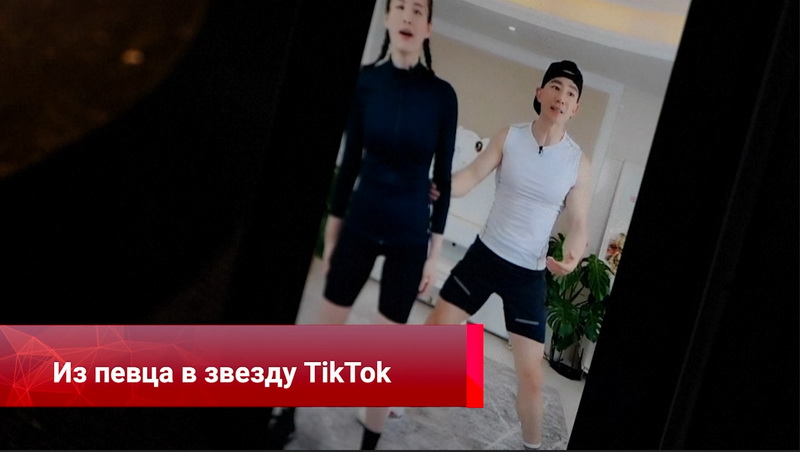 “Once we had like 20,000 viewers, we thought it was amazing. But we never imagined that millions of people would go in for sports with us!”

Last year, Liu Genghong moved from Taiwan with his wife to mainland China and professionally engaged in streaming - online broadcasting.

“My wife always hoped to move to Shanghai. There are a lot of streaming companies out there that want to work with us. I think it would be nice to broadcast online and make money from it.

In Shanghai, the situation with the coronavirus is gradually improving, the work of retail chains is resuming. The young man is already making big plans and hopes to travel soon.

“I've been teaching at home for a few months now, but in the future I plan to teach in a variety of locations, including outdoors. I also want to travel to different cities.” 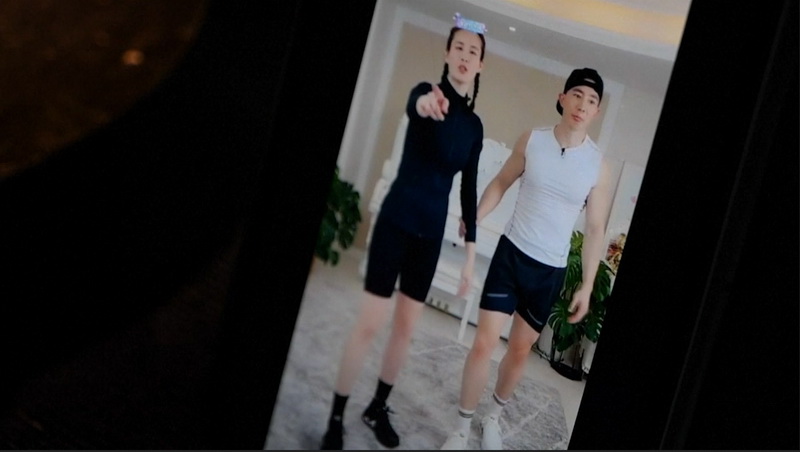 Last year, the number of workout-related videos on Tiktok increased by 134%, and the number of live fitness broadcasts - more than 200%. According to experts, this year the popularity of sports videos will only continue to grow.


The famous film opera "The White Snake" returns to theaters in China
< br> The film "White Snake", which is based on the Cantonese opera, is returning to Chinese cinemas. The unique film brilliantly combines traditional opera, sophisticated dance, acrobatics, martial arts and dazzling visual effects. All this in ultra-high definition 4K format and panoramic sound. 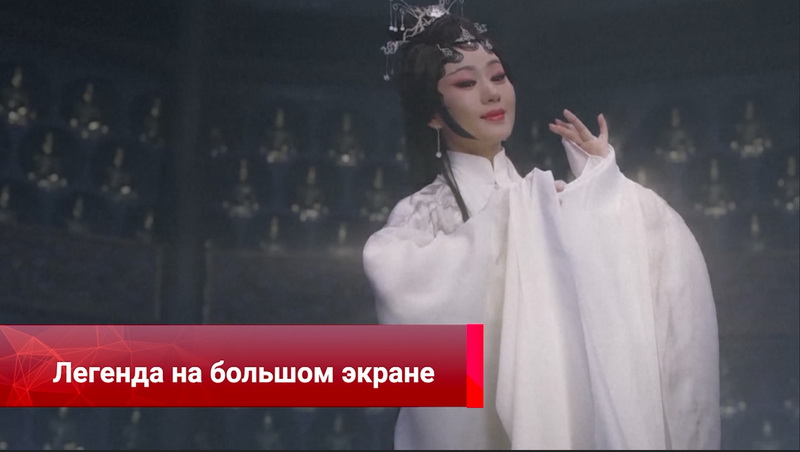 The film was released on big screens a year ago. It grossed over 23 million yuan at the box office and topped the box office rankings for Chinese opera films. More than 13 million people watched it immediately after its release. 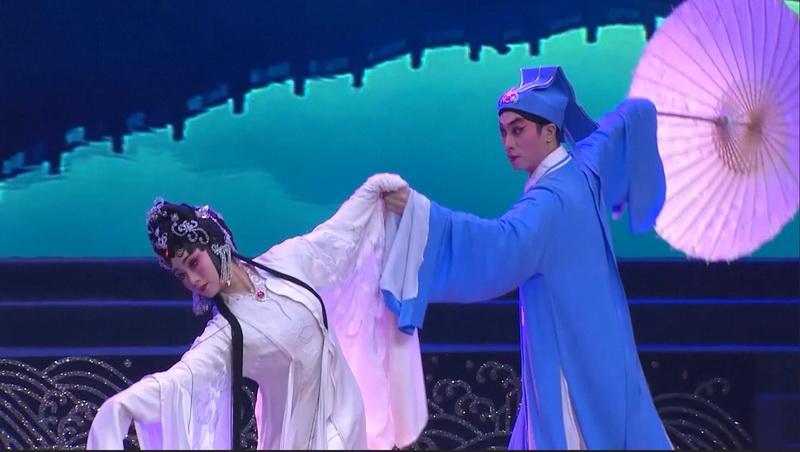 The plot is based on an ancient Chinese legend about the White Snake, which turned into a woman and fell in love with a simple pharmacist. A monk is trying to prevent their marriage, who is against the union of a person with evil spirits.

The White Snake first appeared on the stage in Beijing in the mid-twentieth century. Since then, this story has been repeatedly staged and filmed. In 2006, the opera was included in the list of intangible cultural heritage of the Middle Kingdom.

A resident of Altai arranged a home shelter for animals

A photo session with purebred dogs was arranged in Novosibirsk

The President noted the potential of the YNAO

A railway will be built in the highlands of Tusheti

Anniversary festival "Days of the White Flower" opened in Yekaterinburg