detachment of Pacific Fleet (Pacific Fleet) ships arrived on Monday with a visit to Thailand. As part of the visit, Russian sailors will take part in the naval parade, which will be held in Thailand in honor of the 50th anniversary of the Association of Southeast Asian Nations (ASEAN), said the head of the information support department of the press service of the Eastern Military District for the Pacific Fleet Nikolay Voskresensky

“Today, a detachment of Pacific Fleet ships consisting of the large anti-submarine ship Admiral Panteleev and the large offshore tanker Boris Butoma arrived in the Kingdom of Thailand on an unofficial visit. After anchoring the detachment's ships in Pattaya Bay, a number of organizational meetings were held with the host. As part of the informal visit on November 19, the crews of the Russian ship and the ship will take part in the  naval parade, which will be held in  Thailand in honor of the 50th anniversary of the Association of Southeast Asian Nations (ASEAN),  Pacific Fleet.

Also in the program of the visit is a visit to the Russian detachment by representatives of the Russian diplomatic corps in Kingdom of Thailand and reciprocal visits of sailors from ASEAN countries.

Ships of the Pacific Fleet make a voyage in the southern part of the Asia-Pacific region. The day before, they left Cambodia, where they took part in joint exercises.

Japan will allocate $500 million to support the COVAX mechanism

Turkey has changed the entry rules for Russian tourists

New airline will fly from Blagoveshchensk to Thailand 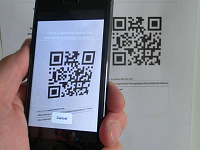 Naftali Bennet asked the Israelis not to forget about precautions

The number of users of the service "Traveling without COVID-19" exceeded 1.5 million