Ilham Aliyev stressed that the authorities managed to keep the epidemic situation under control.

More than half of Azerbaijanis over the age of 18 have received both doses of the coronavirus vaccine. This was announced on Thursday by the President of the Republic Ilham Aliyev.

"More than half of the population over 18 years old - approximately 60% - received both doses of the vaccine," he said, speaking on Thursday at the opening Baku Global Forum "World after COVID-19". The head of state stressed that the authorities managed to keep the epidemic situation under control. “Currently, only the requirement to wear masks in enclosed spaces remains among the restrictions,” added Ilham Aliyev.

According to him, CoronaVac is mainly used for vaccination in the republic. the Chinese company Sinovac Biotech and the vaccine of the American company Pfizer. “Vaccination rates can be considered high. The population treats this with great responsibility, and we do not observe anti-vaccination campaigns, which simplifies our work,” he said.

Ilham Aliyevadded that the Azerbaijani authorities have adopted a package of social support for the population and business for 2020-2021, for which $2.9 billion has been allocated from the budget. “We will continue these steps because we must help people who are faced with a completely new situation,” the president stressed. The Azerbaijani leader also touched upon the problem of countries' unequal access to vaccines.

Vaccination of the population against coronavirus in Azerbaijan has been going on since January 18. According to the operational headquarters under the government, by November 3, more than 9.7 million vaccinations had been made in the republic. More than 4.4 million people received both doses of the vaccine. In total, during the pandemic in Azerbaijan, 537,004 cases of coronavirus infection were confirmed, 499,571 people recovered, 7,153 patients died from complications.
Azerbaijan vaccination population coronavirus COVID-19 TASS
|
Facebook
|
Twitter
|
VKontakte
|
Odnoklassniki 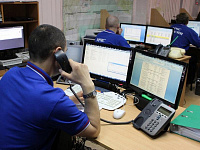 "Emirates" will make a multinational flight

Red and freckled festival will be held in Barnaul

On May 9, the Russian Ambassador to Turkmenistan laid flowers at the memorial in Ashgabat

North Ossetia will receive a billion rubles for social infrastructure

Coronavir will go on sale

CCTV: Russian expert has no doubts about the natural origin of COVID-19