Malaysia received the first batch of AstraZeneca (AstraZeneca) vaccine, it entered the country through the COVAX platform created by the World Health Organization (Kovax). The Star newspaper writes about this on Sunday, citing Health Minister Adham Babu.

be in a special storage," the head of the department said. The minister clarified that "according to the agreement signed last December, this vaccine should be enough for about 3% of the country's inhabitants."

According to him, "in Malaysia, they believe that AstraZeneca is effective for a certain group of the population." Although, admitted Adham Baba, "it is necessary to have several different vaccines."

The national vaccination campaign started in the country at the end of February, and to date, about a million people have received at least one dose of the drug, which is 3% of the country's population. Meanwhile, the government expects that herd immunity may appear before the end of the year, when about 80% of the population will be vaccinated. Currently, local doctors use Pfizer-BioNTech (Pfizer-Biontek) and Sinovac (Sinovac) vaccines.
Malaysia vaccine AstraZeneca COVAX coronavirus COVID-19 TASS
|
Facebook
|
Twitter
|
VKontakte
|
Odnoklassniki 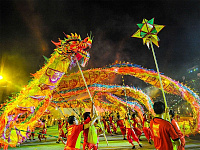 Welcome to 2020 in Singapore

The School of the Eurasian Expert has opened in the Urals 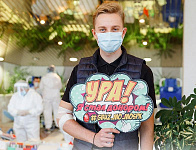 Donor Day was held at MEDSI

Mosques and schools to reopen in low-risk areas in Iran

The smallest village in the world is in Turkey