10 million Kazakhstanis to be vaccinated against COVID-19 by September

In September, 10 million people are going to be vaccinated against coronavirus in Kazakhstan.

The authorities of Kazakhstan in September of this year plan to complete the vaccination against coronavirus of 10 million people from risk groups. This was announced by Prime Minister of Kazakhstan Askar Mamin at a government meeting on Tuesday.

“The Ministry of Health has drawn up a clear vaccination plan. In April, May and June of this year, 2 million people will be vaccinated in the regions every month. In September, we plan to complete the vaccination of 10 million people who are eligible for vaccination. And then we expect a cumulative effect of herd immunity,” said Askar Mamin.

He noted that the healthcare system is fully provided with the necessary volume of medicines and medical devices. In medical institutions, a monthly supply of medicines has been formed, in the warehouses of the single distributor of medicines "SK-Pharmacy" and in pharmacies - a two-month supply.

On February 1, Kazakhstan began to vaccinate the population against coronavirus infection using the Sputnik V vaccine, which was produced in Russia. At the end of February, the shipment of the drug "Sputnik V", produced on the basis of the Karaganda pharmaceutical complex, began to be shipped to the regions of the country. Starting from the second quarter of this year, Kazakhstan-made QazCovid-in (“Kazkovid-in”) vaccine, which is currently undergoing the third phase of clinical trials, is planned to be included in the vaccination process of the population. 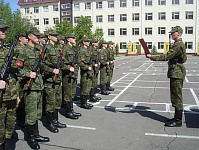 Israel and Russia may agree on mutual recognition of military service

National television of Uzbekistan can be made private

"Golden pizza" is prepared in Turkey 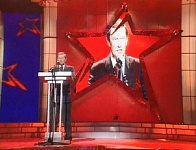 The best ice sculpture was chosen in Khabarovsk

Turkey is confident in the reliability of the Russian "Union"