1,000 quadcopters transform the skies over Hangzhou

In Hong Kong, a critical situation with corona virus. The Chinese central government is providing assistance in the fight against the pandemic, and three water routes have been opened in the city of Shenzhen. They provide a continuous supply of food and humanitarian aid to Hong Kong. 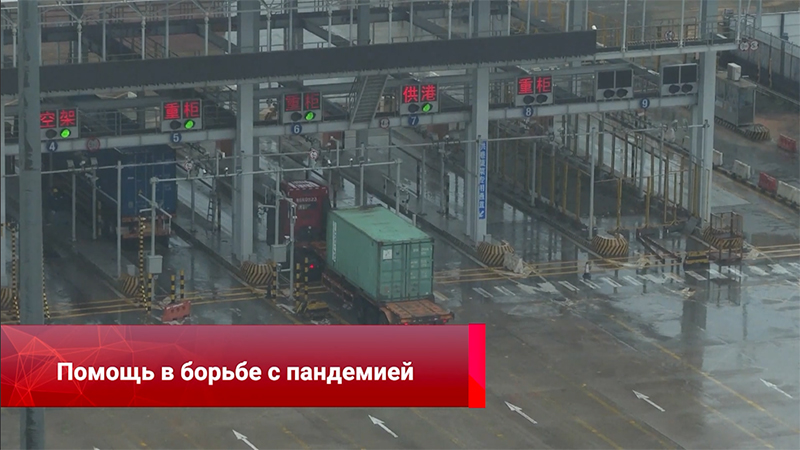 “Shenzhen Customs has set up a separate checkpoint where products are checked. This is necessary to speed up the sending process. We oversee the loading of fresh food onto the ship and ship it to Hong Kong."

Previously, the delivery of food to Hong Kong was interrupted - the drivers delivering them from the mainland fell ill with the coronavirus. Currently, all personnel working in the port are required to comply with special rules.

“Our staff in the port is in the so-called green zone: employees do not have direct contact with people from the outside world, observe all security measures, thoroughly disinfect the premises.” 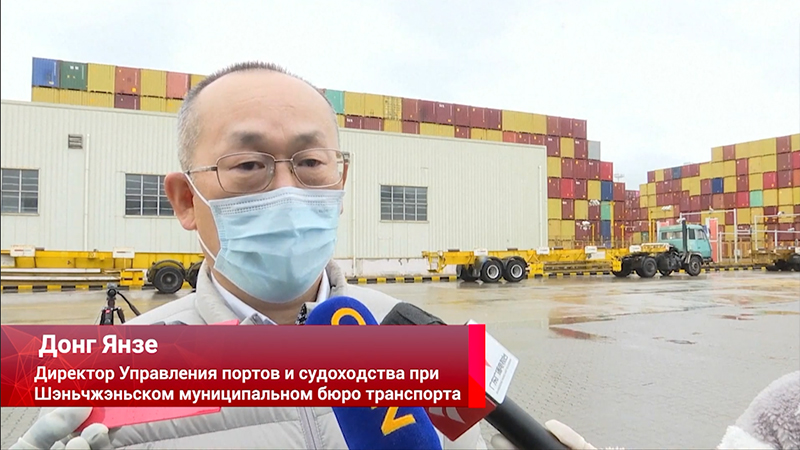 < br> Hong Kong receives 90% of vegetables, fresh pork and freshwater fish from the mainland. The supply of fresh food is gradually becoming systematic and well-established.  But the situation with hospitals in Hong Kong remains tense due to the rapid spread of coronavirus infection. With the support of the Chinese central government, the construction of four temporary medical facilities has begun there. 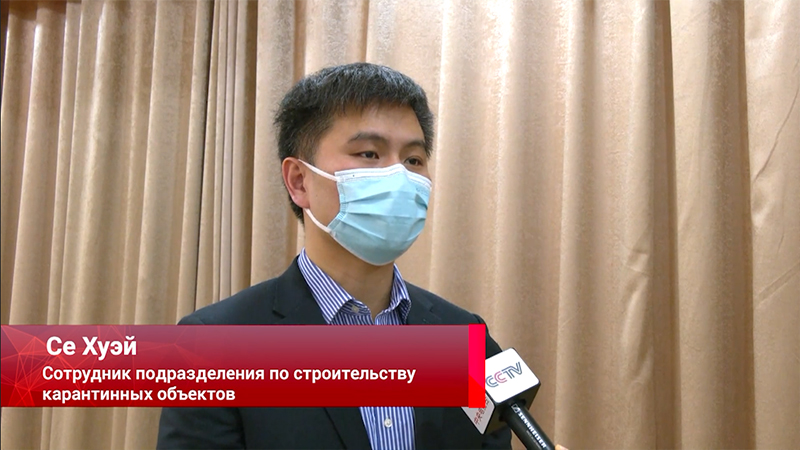 “Building materials for temporary hospitals are delivered from the mainland.  Now we are organizing a warehouse where we will collect everything necessary for the construction, and then we will begin the construction of the necessary medical facilities.

It is expected that the first temporary isolation ward will be put into operation in a week.  ; 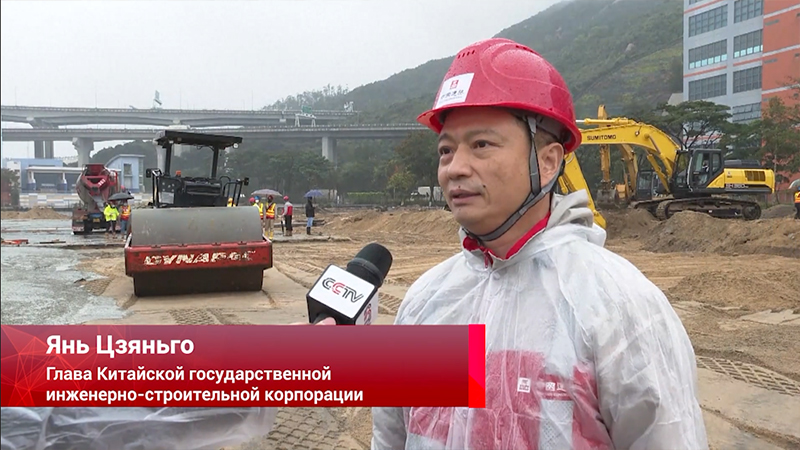 rain, but despite the difficulties, we were able to ensure the delivery of humanitarian aid and building materials. The work goes on without interruption. We will fulfill our most important mission - build quality hospitals!". 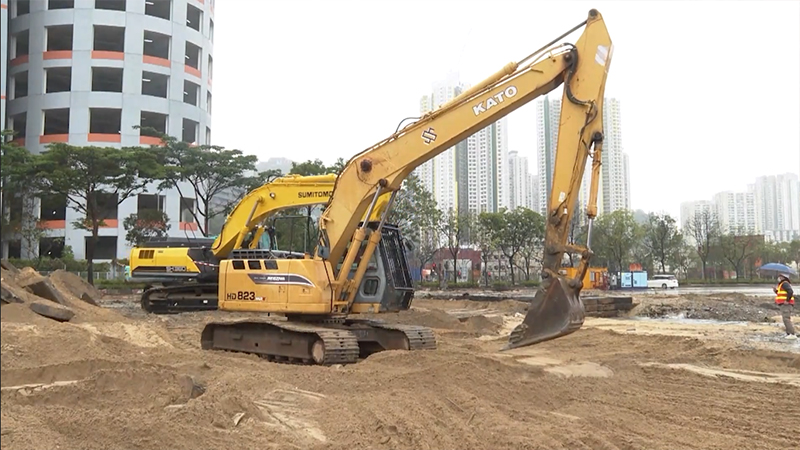 After the commissioning of all four temporary hospitals, almost 17,000 Hong Kong residents will be able to receive the necessary medical care. Medical workers, including epidemiological experts and intensive care specialists, have also arrived from central China to fight the coronavirus.


Smart technologies help modernize China's agriculture< br>
Machines do most of the work at this farm in the Chongming District near Shanghai. Only a few employees oversee mechanized production. 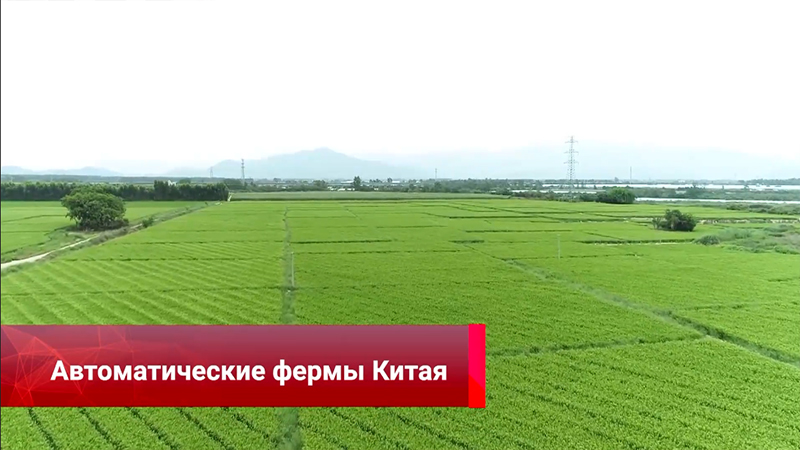 two years. Fertilizer, plowing and sowing can be done by machines. Now the level of mechanization of our farms has reached 75%; but we expect to reach 80%. 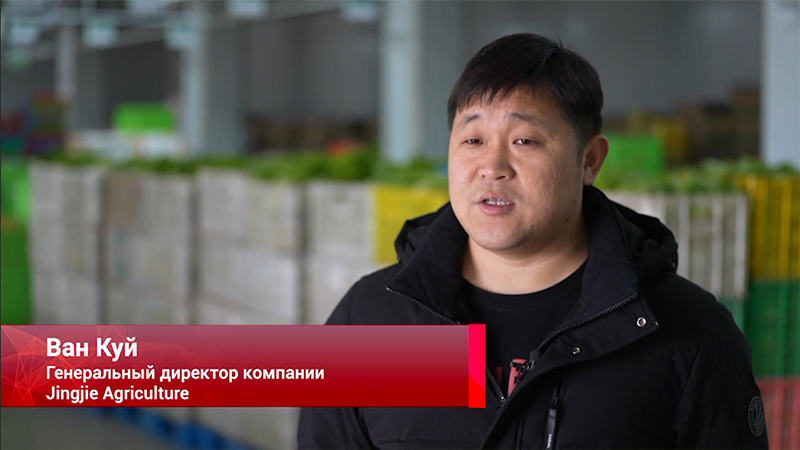 If earlier it took at least 30 workers to care for plantings in a greenhouse with an area of 200,000 square meters, now half as many. Artificial intelligence controls growing conditions; calculates the required amount of water for watering plants. But there are still tasks in agriculture that can only be entrusted to people.

“Manual labor is indispensable only in harvesting - since each vegetable has its own shape and different edible part, it is difficult for a machine to sort them. All steel stages of the agricultural process can be mechanized." 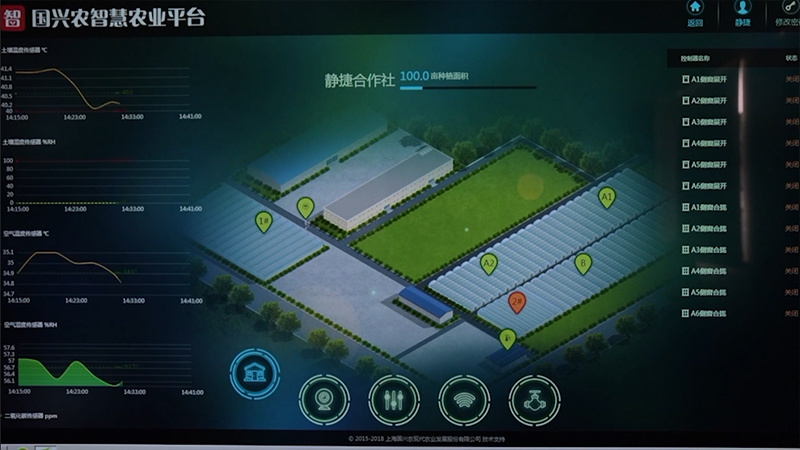 “According to statistics, the current level of digitalization of agriculture is 17%. In greenhouses, this figure is higher - about 41%; and the lowest is in fish farming, 16%. 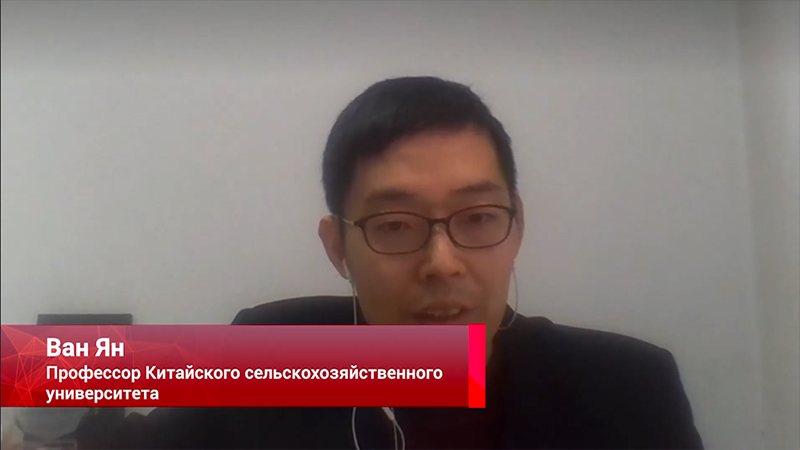 These numbers should increase in the coming years. The Chinese government has set a goal to achieve significant progress in the modernization of agriculture and rural areas of the country by 2035.


Beijing lyrically said goodbye to the participants of the Winter Olympic Games
< br> Spectators of the closing ceremony of the Winter Olympic Games saw the touching number "Willow Branch". According to Chinese tradition, when two good friends part, the one who leaves the house receives a willow twig as a gift. This performance was Beijing's lyrical farewell to its friends and Olympic participants. 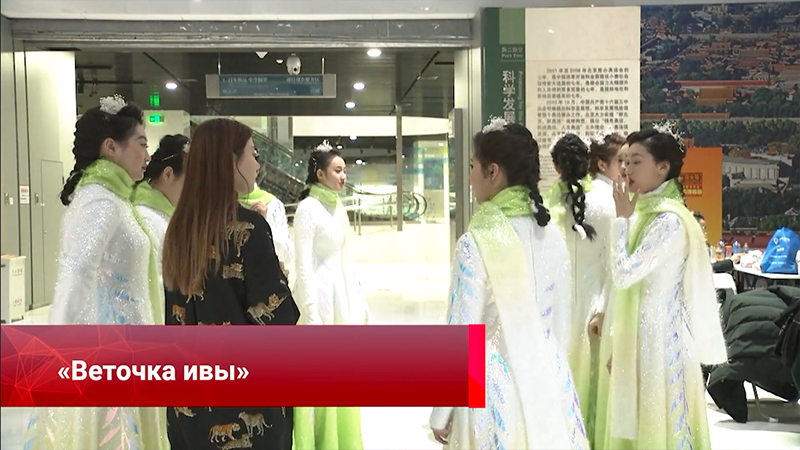 “This issue reflects the main themes of the Winter Olympic Games, the desire for victories and a brighter future. At the end of the performance, the entire arena was flooded with green, symbolizing the imminent onset of spring! We believe that this touching number will leave the warmest memories of the Olympics.

Closing Ceremony Chief Copywriter Yu Lei hopes that the colorful numbers, closely intertwined with Chinese culture, will be remembered by athletes from all over world.

« In Chinese, the name of the tree "willow" is consonant with the request "stay." When an old friend is about to leave, we break a willow branch to show how sad we are.”

The Beijing Winter Olympic Games under the motto "Together for a Common Future" have come to an end, now China is preparing for the Paralympic Games, which will be held from March 4 to 13.


The whole world witnessed the triumph of the China Media Corporation

Nearly 3,000 employees of the China Media Group took part in the coverage of the Winter Olympic Games .  Thanks to their work, the whole world has witnessed impeccable television broadcasting from stadiums, tracks, and ice arenas in Beijing. A total of 14 television channels of the China Media Group covered the Olympic Games on 17 broadcast frequencies.  The latest technologies, including artificial intelligence and virtual reality, were used to flawlessly broadcast the competition.

“During the Olympics, the Chinese Media Group made itself known to the whole world. We have selected a workable professional team, which as a result won its Olympic victory. Now we are ready for projects of any complexity, which we are very happy about.

Television broadcasts of the Beijing Olympics were presented for the first time in ultra-high definition format - 4K.  Several competitions, as well as the opening and closing ceremonies, were prepared using the technology of new television standards - 8K.

International Airport Beijing has taken unprecedented measures for the convenience of athletes leaving the Olympics. Such well-coordinated work was facilitated by the joint efforts of operational groups of the airport, customs, border control and other departments. The mandatory registration and paperwork procedures for departure began online as early as the Olympic Village. 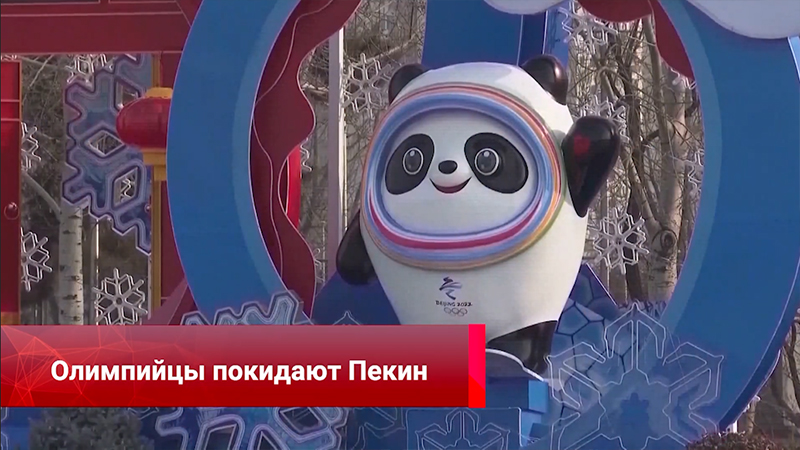 Due to the heavy workload at the airport, the border inspection department added police officers with knowledge of foreign languages to the departure area. It also speeded up the verification of the data and documents of departing athletes. Particular attention was paid to the luggage of the biathletes.  To avoid queues, the airport has also ensured that all 20 border security corridors are open.

“Thanks to a set of measures for the preliminary collection of data from the participants of the Olympiad, we have improved the quality of document verification, which affected the accuracy of flight departures. For Olympians who were injured during the games or who have difficulty moving, we organized an inspection right at the plane's gangway, which also simplified and accelerated customs clearance».
< br> 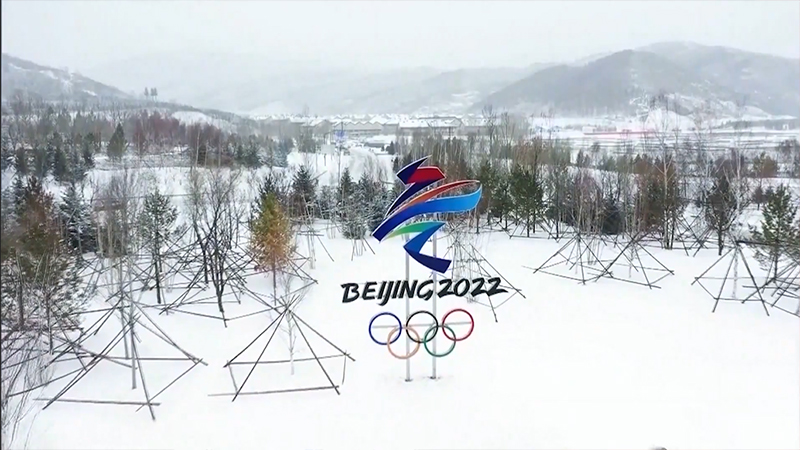 Peak the load on the infrastructure of the Beijing air harbor fell on last Monday. Nearly 6,000 athletes and participants in the Winter Olympics boarded the 39 flights. This day was the busiest day for Beijing airport infrastructure. 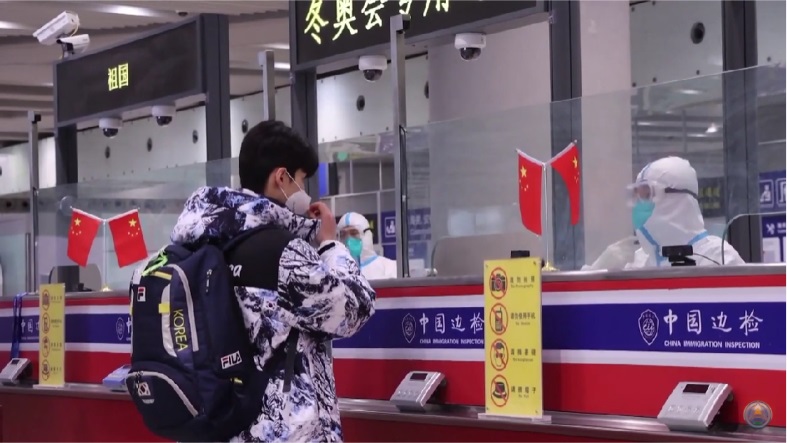 1000 drones lit up the sky over Hangzhou

In Hangzhou, capital of Zhejiang province put on a great light show. 1,000 drones soared into the evening sky to begin the 200-day countdown to the start of the 2022 Asian Games. 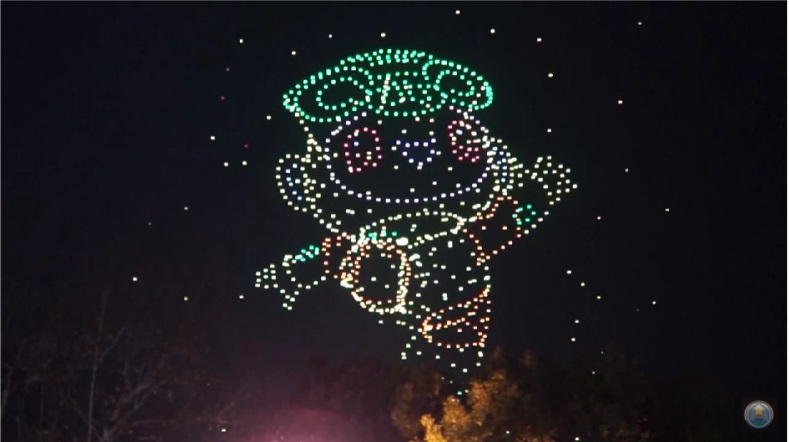 Hundreds of quadcopters lined up in symbols familiar from the past Olympics, and also portrayed the mascots and emblems of the upcoming Asian Games. In addition to a giant snowflake, viewers saw an image of the "Three Ponds Reflecting the Moon" - one of the most famous landmarks of Zhejiang Province, as well as mottos, talismans, the Olympic torch and the venue for the opening ceremony of the Asian Games. 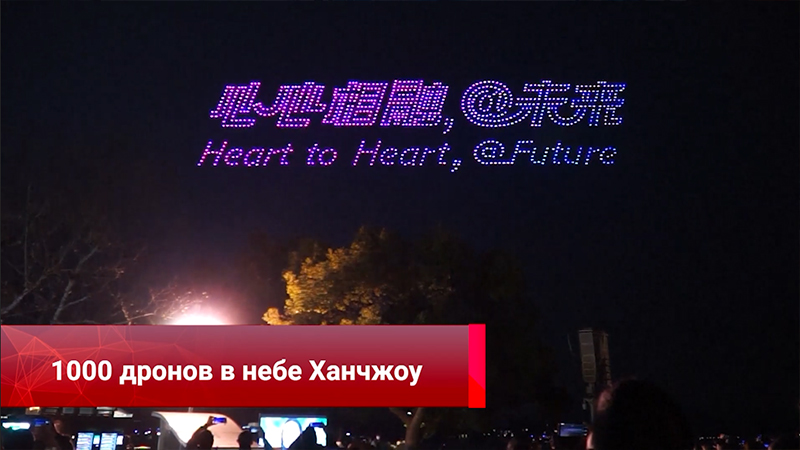 “What impressed me the most was Hangzhou's Three Ponds Reflecting the Moon. I was very excited when this image appeared.  The Asian Games are coming, and I'm sure our city of Hangzhou will keep the spirit of the completed Beijing Olympics!”

The Asian Games will be held from September 10 to 25.  Hangzhou will be the third Chinese city to receive them, after Beijing in 1990 and Guangzhou in 2010.

drones took off into the Chinese night sky over the city of Wanning in Hainan province. A grand light show was staged to mark the end of the major Olympic Games and celebrate the Olympic spirit! Luminous drones successively lined up in three-dimensional portraits of Chinese Olympic champions. 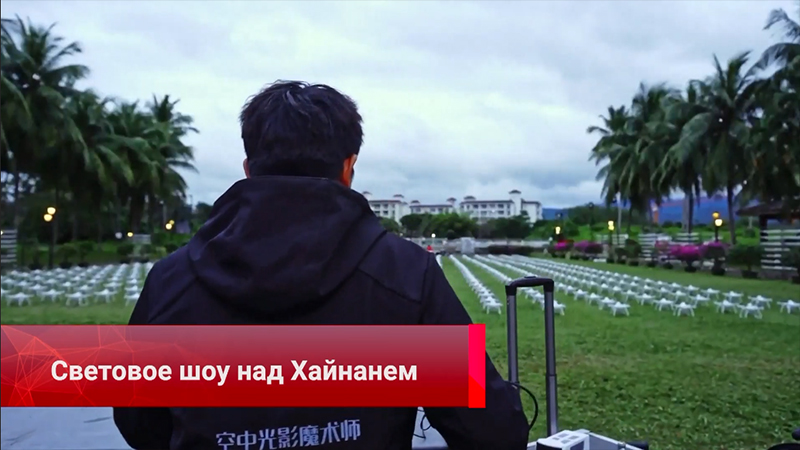 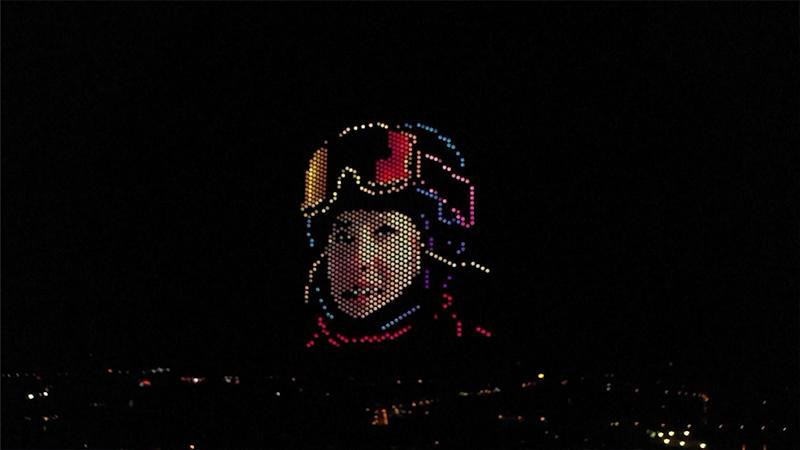 The tropical island of Hainan does not host winter sports itself, and Wanning is known primarily as a resort and a "mecca" for surfers. Local authorities hope the drone show will attract athletes and water sports enthusiasts to come to Hainan.

Quarantine in Moscow, and the provinces boldly celebrated Easter in churches

Russia welcomes India's role in the reconstruction of Afghanistan

10-meter Buddha statue appeared on the highway in the UAE

In Chinese Harbin are preparing to open an ice town