Branches of two Russian universities will open in Kazakhstan in the fall of 2022.

The Government of Kazakhstan has adopted a resolution on the opening of branches of two Russian universities in Alma-Ata and Atyrau in the fall of 2022. This was announced on Friday by the press service of the Government of the republic.

"Branches of two Russian universities — National Research Nuclear University "MEPhI" (in Almaty) and Gubkin Russian State University of Oil and Gas (in Atyrau) — will open in Kazakhstan in the autumn of 2022," the message reads.

It is planned that in October, on the basis of branches of Russian universities, personnel training will begin in such areas as "protected high-performance computing systems", "particle physics and cosmophysics", "oil and gas exploration and exploration", "development, operation and complex mechanization and automation of oil and gas fields", "oil and gas transportation gas". 200 grants have been allocated for training in these areas. Leading professors and teachers from Of Russia.

"The internationalization of universities and the expansion of the geography of cooperation will allow the wider introduction of modern educational technologies for training professional personnel and organizing scientific research. Russian science in terms of training technical personnel has always been one of the best in the world. Their experience will be very useful to us," the Minister of Science and Higher Education of Kazakhstan notedSayasat Nurbek.

Schools and universities are resuming education in various regions of China 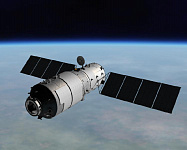 Lebanese schoolchildren will go back to school after a year break

Prospects of scientific cooperation between Russia and Uzbekistan discussed in Tashkent

In Japan, scientists have grown artificial meat in a test tube

Cars in Japan will be able to stop themselves