Volunteers went to Armenia and Tajikistan to teach Russian to schoolchildren

"Ambassadors of the Russian language" went to Azerbaijan, Armenia, Kyrgyzstan and Tajikistan. Volunteers will teach schoolchildren the Russian language, talk about the history and culture of Russia, and the teachers of the Pushkin Institute accompanying the expedition will hold seminars for local teachers, the press service of the university reports.

"Desant" represents 20 higher educational institutions of the country. Students from Barnaul, Belgorod, Volgograd, Kazan, Moscow, St. Petersburg, Stavropol, Ufa and other Russian cities take part in the expedition. These are those who won the competitive competitions organized this year at the Ryazan State University named after S.A. Yesenin and the Ural Federal University named after the first President of Russia B.N. Yeltsin.

Before leaving, the "ambassadors" were well prepared. For three days, volunteers were taught how to teach Russian, based on the most modern methods of the RFL. They learned how to use the capabilities of the "Education in Russian" portal and mobile applications for the Russian language created for the CIS countries. "Ambassadors" honed their professionalism, learning ways to interest the subject with the help of cartoons, dances and sewing charm dolls. In addition, they were given a lecture at Rossotrudnichestvo on the situation and peculiarities of teaching the Russian language in four CIS countries.

The rector recalled the great responsibility that lies with the students: "In some places where our ambassadors come, for example, in Armenia, they have not seen a Russian person - a native speaker - for more than 20 years. No matter how strange it may seem, but the very presence of Russian children in their villages for them was a cultural shock and an event.Of course, you have a great responsibility.The image of Russia depends on what impression you make, what results you achieve. education and the Russian language".

The cultural and linguistic landing in the CIS will be accompanied by local volunteers who will help Russian students overcome the language barrier, and will also become guides for getting to know national cultures.

"Ambassadors of the Russian language in the world" - an international volunteer program, participants (students, graduate students and young professionals aged 18 to 30 years old) which, using game tools and interactive forms, introduce foreign students to the Russian language, culture and literature, as well as improve literacy and popularize Russian literature among Russian children and youth.

Chinese astronauts carried out general cleaning at the station

Employees of one of the largest universities in the country received distinctions "For Impeccable Service to the City of Moscow", honorary titles, certificates and thanks from the Mayor of Moscow 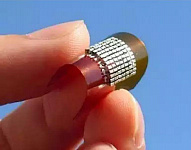 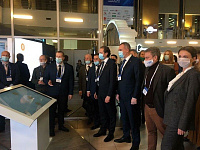 New robotics presented at the forum in Tyumen