Three species of orchids from the Red Book of Russia were found in Transbaikalia.

Researchers of the Siberian Branch of the Russian Academy of Sciences (SB RAS) have discovered three species of orchids from the Red Book of Russia near the production site of the Bystrinsky Mining and Processing Plant (GOK, owned by Norilsk Nickel) in the Trans-Baikal Territory. This is reported by the press service of a Large scientific expedition.

"We studied the biodiversity of terrestrial invertebrates and vertebrates, caught small mammals - primarily mouse-like rodents, studied insects, conducted visual observations, took soil samples for laboratory research. At the same time, three species of orchids were discovered, which are in the Red Book of the Trans-Baikal Territory and the Red Book of Russia," said a senior researcher at the Chita Institute of Natural Resources, Ecology and Cryology SB RASYuri Bazhenov, whose words are given in the message.

Previous studies of biodiversity near the plant took place in winter, when, during route tracking, scientists assessed the activity of ungulates, rodents, hares, and predators by footprints in the snow. In total, eight hunting species of mammals were found: Siberian roe deer, wolf, fox, columbine, sable, ermine, white hare, squirrel and two species of wild game - stone grouse and grouse. At the same time, scientists found a large number of roe deer, which indicates a low impact of GOK on wildlife.

In July, the production site will be visited by researchers of the Institute of Biophysics SB RAS. Hydrobiologists will conduct a study of aquatic ecosystems, seasonal dynamics of aquatic plants, algae, invertebrates and commercial fish. 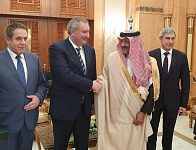 Roskosmos is waiting for the visit of the Saudi prince

Interplanetary probe "Hayabusa-2" will try to land on an asteroid 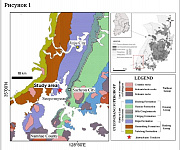 Japanese astronaut to fly to ISS