Prospects of scientific cooperation between Russia and Uzbekistan discussed in Tashkent

The Ministry of Innovation of Uzbekistan and Pirogov University discussed the prospects of cooperation.

Representatives of the Center for Advanced Technologies of the Ministry of Innovative Development of Uzbekistan and During the talks in Tashkent, the prospects of cooperation were discussed at the Russian National Research Medical University named after N. I. Pirogov (RNIMU). This was announced on Monday by the press service of the Ministry.

"The most likely areas of cooperation within the framework of joint scientific projects, technology transfer and training of qualified personnel in the field of medical and biological sciences were discussed," the message reads. It notes that RNIMU is a leading scientific and educational medical center that trains personnel in such specialties as "medical biochemistry", "medical cybernetics", "medical biophysics".

In 2021, the President of Uzbekistan Shavkat Mirziyoyev signed a decree on the opening of Tashkent branch of the RNIMU named after Pirogov. 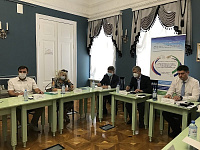 Russia will increase the budget quota for Uzbek students

Chinese scientists have found a way to fight the Dengue virus

Soyuz-2.1b rocket was installed on the launch pad of the Vostochny cosmodrome

Altai has developed products to restore the health of miners

Shanghai textiles can now be used as a display 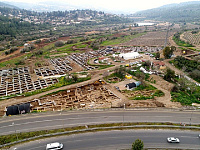