Paleontologists have discovered a common ancestor of mosses and annelids in China.

European and Chinese paleontologists have discovered body prints of an ancient 518 million-year-old creature in Yunnan Province, which claims to be the common ancestor of mosses, brachiopods and annelids. This was announced on Tuesday by the press service of the British Bristol University.

"The fossil we found is at the same time similar to both bristle worms and chiton mollusks, but at the same time it is neither one nor the other invertebrate. The discovery of the body prints of this creature for the first time indicated that the common ancestor of worms, mosses and brachiopods was originally similar to annelids," said Professor Jacob Winter of the University of Bristol (UK), whose words are quoted by the press service of the university.

According to current scientists, the first multicellular organisms appeared about 600-800 million years ago, shortly before the so-called Cambrian explosion. This is what scientists call a short period of time that began 550 million years ago, when all modern types of animals, as well as the ancestors of plants and fungi, appeared almost simultaneously.

Scientists have long been interested in how this process took place and what the most ancient ancestors of those types of multicellular living creatures that inhabit the oceans and land today looked like. So far, paleontologists and geneticists cannot say for sure when and how the common ancestors of worms, mollusks, brachiopod invertebrates similar to them, as well as other types of multicellular living creatures separated.

The history of early animal evolution Professor Jacob Winter and his colleagues took a big step towards revealing the history of the early evolution of multicellular life during the excavations they conducted on the territory of the southern Chinese province of Yunnan.

There are special lagerstett shales, formed during the "Cambrian explosion" in the shallow waters of one of the ancient seas, whose waters covered almost the entire territory of modern China.

Due to the special conditions of formation in these shales, prints of soft tissues of the body of ancient animals have been preserved, including the remains of an extremely unusual invertebrate creature named Wufengella bengtsoni. It is at the same time similar to a bristle worm and a chiton mollusk, but at the same time significantly differs in anatomy from both those and other varieties of modern invertebrates of the inhabitants of the seas.

Scientists reconstructed the three-dimensional body shape of Wufengella bengtsoni using a CT scanner, which helped them study the shape of its limbs and various body organs. This analysis showed that the fossil discovered by the researchers belongs to the so-called tommotids, primitive Cambrian invertebrates, which are presumably the common ancestors of mosses, phoronids and brachiopods.

According to Professor Jacob Winter, such a feature of Wufengella bengtsoni was the first evidence in favor of the fact that the common ancestor of mosses, phoronids and brachiopods invertebrates was more similar to ancient annelids than to modern representatives of these types of marine animals, leading a stationary lifestyle and foraging by filtering water. Understanding this will improve paleontologists' understanding of the early evolution of multicellular life, the scientists concluded.
China Yunnan scientists paleontology discovery TASS
|
Facebook
|
Twitter
|
VKontakte
|
Odnoklassniki

Fuel for the Arctic is created by Tomsk scientists 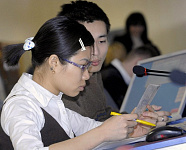 Russia and China will create the most powerful laser 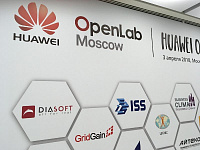 Huawei will create another research center in Russia

In Japan, a new computer game made a splash