FEFU will host an International Symposium on Magnetism

This decision was made at the meeting of the program committee of the eighth EASTMAG-2022 symposium, which was held in Kazan from August 22 to 26. It is expected that the Russian Island campus will bring together leading Russian and foreign experts to develop a scientific and technological agenda in the field of nanoelectronics and functional materials for the coming years.

"One of the promising directions in modern physics is spintronics, within the framework of which magnetic nanomaterials are developed and studied, the functional properties of which can be controlled not only by an external magnetic field, but also by electric current. We conduct advanced research in this direction together with foreign colleagues and study the properties of new magnetic nanostructured materials with interesting properties. A new generation of magnetic memory based on spin-orbitron effects may enter a wide market in the next 5-10 years and become available to everyone, thanks to which very fast and energy-efficient mobile and computing devices may appear. Within the framework of the symposium, our scientists will present their scientific results, will have the opportunity to discuss with leading scientists the development of new scientific directions related to electronics, and together with representatives of high—tech business will work out steps for the creation and development of high-tech industries in the Russian Far East," said Alexander Samardak, Vice-Rector for Research at FEFU.

It should be noted that this year the EASTMAG International Symposium is being held in Kazan, the capital of Tatarstan, and brought together 550 scientists. Employees from the FEFU International Spin-Orbitronics Laboratory presented the results of advanced research and development in the field of magnetic memory, sensorics and theranostics. A lot of work is currently being done in the laboratory aimed at studying the fundamental and applied properties of magnetic nanostructures. This is the basis for a new generation of magnetic recording and information processing devices, which are expected to be several times faster and cheaper than existing analogues and potentially be able to replace most types of memory used in modern computers.

Recall that with the support of the megagrant program of the national project "Science and Universities", a world-class spin-orbitronics laboratory was created at FEFU. It is already developing the scientific and technological foundations of a new generation of smart electronics for high-performance energy-efficient computing and telecommunications. On the basis of the laboratory, it is planned to implement a full technological cycle: from research work to testing and, possibly, pilot production of experimental samples of track memory and logic elements for a new generation of electronics. A new generation of highly qualified researchers is being trained here. The tasks solved in the laboratory fully correspond to the tasks of the strategic direction of development of FEFU "Physics and Materials Science" within the framework of the "Priority 2030" program.

Astronauts play badminton aboard the ISS

Blockchain technologies in Indonesia go to the government level 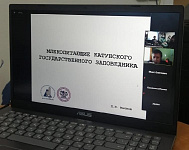 The Reserve Lecture Hall was opened in the Katunsky Reserve 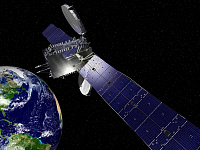 Roskosmos is ready to create a satellite for Kazakhstan