As part of a series of events dedicated to the Programmer's Day, the first IT Championship "Build a digital copy of Chelyabinsk in Minecraft" was held in Chelyabinsk, in which 40 teams from all over Russia took part.

The championship is organized by Napoleon IT, Xpage digital agency, IT-Park74, with the support of the Russian Movement of Schoolchildren.

On September 14, 2022, the final of the IT Championship "Build a digital copy of Chelyabinsk in Minecraft" was held, in which 10 teams from Chelyabinsk, Kyshtym, Tyumen and Moscow took part. The competition was held with the support of Team CIS, the founders of the Build The Earth project, responsible for the construction of a digital copy of the CIS countries in the Minecraft virtual universe. The objects included in the final: the Mannequin Theater, the Museum of Local Lore, the Tsentralny Stadium, Teplotekh, the Garden of Stones, Block 1736, Gagarin Park (Rotunda), the Government Building of the Chelyabinsk Region, the Cosmos shopping mall, the Elevator. The ideological inspirer and initiator of the event was the Napoleon IT company.

"I was pleased to support the initiative of holding such an event, as through this format we will spur the interest of young people in the architecture of our city. And I am sure that in the future the guys will want to participate in shaping the architectural appearance of Chelyabinsk," commented Pavel Krutolapov, chief architect of Chelyabinsk.

In the final, each team of guys presented a description of the project within 3 minutes from the point of view of its construction and the history of the object. The jury evaluated the works according to three criteria: compliance with the real object, the accuracy of the details and appearance.

The composition of the judging panel included representatives of the IT and architectural community:

"The IT Championship proved to be a flexible tool for early career guidance and project work of schoolchildren. The participants had to be instructed, assign responsibilities, develop a construction strategy (which is quite difficult due to the square features of Minecraft), prepare a presentation by studying the history of the object they built. All these skills belonging to the "soft skills" category will be useful in the future when building a professional career in IT," commented Dmitry Kozlenkov, Director of IT-Park74.


"Such a championship is a unique event not only for our city, but also for Russia as a whole. Napoleon IT has already opened an office in the metaverse, so we were confident in the interest of the younger generation in the event. This is a competition in IT skills and at the same time a closer acquaintance with our city and the creation of its digital copy, which will be preserved for many years. Now we have to adapt to rapidly changing trends. 2 years ago it was hard to imagine that we would meet, work and hold events in Zoom, and tomorrow we will have more native ways of communication. Based on what the younger generation is interested in, soon we will meet, have fun and communicate in meta. Therefore, let's overcome all fears and try to take the first step into the metaverse," commented Ruslan Akhtyamov, Director of Strategy at Napoleon IT.


"I am very glad that the event attracted the attention of young people to the city through the Minecraft game. We expect that the guys will not only play games, but also become cool IT specialists. We are waiting for everyone at our educational projects," commented Ildar Churakaev, Founder of digital agency Xpage. 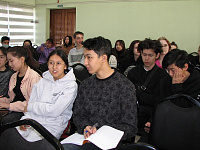 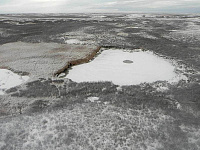 In Azerbaijan, it will be possible not to take exams at the university

In Japan, they came up with a device that allows you to taste music

Chinese astronauts return to Earth after three months in orbit