By the end of the year, the Uzbekcosmos agency should determine the main technological characteristics of the planned devices.

President Shavkat Mirziyoyev signed a decree approving a roadmap for the further development of the space industry for 2022-2024, according to which the issue of creating a constellation of communication satellites and remote sensing of the Earth will be considered. The document is posted on the website of the National Database of Legislation Lex.uz .

The Uzbekcosmos Agency, which is the authorized body of state administration in the space sphere, has been instructed by the end of this year to "determine the main technological characteristics of the planned satellite groupings, and by the end of 2024 to submit to the government of the country a proposal either to create them or to join existing satellite groupings." 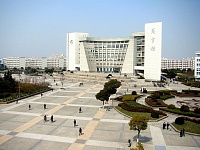 Uzbekistan and China to open a joint research center