An archaeological team found a Neanderthal bonfire in the Baksan region in the Saraj-Chuko grotto.

This place is very well preserved. An earlier presence of ancient people in Kabardino-Balkaria has not yet been discovered. After conducting a special analysis, the scientists determined the temperature of the fire - about 650 degrees.

According to archaeologists, ancient people made a fire using charcoal. During the excavations, the expedition members also found bones of animals.

Previously, a research team discovered spearheads from the Middle Paleolithic era in the Saraj-Chuko grotto. Archaeologists believe that with the help of their primitive tools, the Neanderthals hunted bison, the Caucasian tur, deer, and wild horse. Then these animals lived in the area of the camp.

The layer of soil, which was analyzed by archaeologists and where spearheads were found, is from 120 to 70 thousand years old.

The Chinese apparatus will land on Mars in late spring

Facial recognition system will be introduced in the Chinese subway 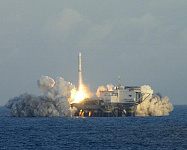 Olympiad in physics, mathematics and Russian language was held in Vietnam

Indian explorers to drill a well in Antarctica

Uzbek children to be taught on buses

Schoolchildren of Russia and Japan will hold a space teleconference 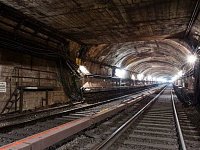