Her tasks include the study of the earth's atmosphere.

The first station in the region, which monitors the earth's atmosphere, was put into operation in the capital of Tajikistan. It has become another similar station included in the World Atmospheric Network. Six stations already in operation are located in Finland, Germany, Greece, Poland, Portugal and the Republic of Korea, and two more are to be built in Cyprus, Israel and the Cape Verde Islands.

The peculiarity of the Tajik station is that it is the only one located in the Central Asian region, in the zone of the so-called " dust belt" stretching from Morocco to China. Its tasks will include monitoring the state of the earth's atmosphere and, in particular, measuring the amount and determining the composition of dust suspended in it.

Dust particles are constantly present in the atmosphere of our planet, and the mass of dust entering the air annually reaches 1910 megatons. The main "supplier" of dust is the Sahara desert, its "contribution" is approximately 1150 megatons.

However, the steppes and deserts of Central Asia also participate in the process of dust formation and dispersion in the atmosphere. But until now, this aspect has not been studied at all, since there was no mechanism for measuring it.

The new station in Dushanbe is designed to close this gap. The equipment installed on it, in particular, laser devices, makes it possible to measure with great accuracy the parameters of dust particles suspended in the atmosphere: their mass, direction of movement, distribution in various layers of the atmosphere, even their place of origin.

These data have of great value, since dust plays an extremely important role in the processes of formation and change of the global climate. For example, it reflects sunlight and thus affects the temperature regime at different heights and directly at the Earth's surface. Also, the presence of dust particles in the air contributes to the formation of clouds and, accordingly, affects precipitation.

China has prepared a device for landing on the moon

China to launch Long March 5B rocket in 2020 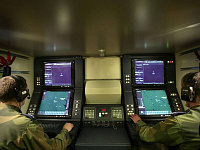 China has developed a quantum radar

At an international expert briefing in Bashkiria, they declared adherence to the principle: "Altai is the homeland of the Turks"