A neural network generating dialogues in video games is being developed in Novosibirsk.

Students of Novosibirsk State Technical University (NSTU NETI) are developing a neural network for a video game dialog system. The development differs from existing dialog systems in that it will automatically build dialogues for a large number of non-player characters, the press service of the university reported on Thursday.

"Students of the Faculty of Applied Mathematics and Computer Science of Novosibirsk State Technical University NET create a generating dialog system for video games <...>. Now the team has developed a web service and a model for generating text. It is planned to launch a test game in a few months," the message says.

The press service explained that the development is focused on the creators of story-driven video games. The service will allow game studios to save time and resources they spend on writing scripts for character dialogues. "In order to somehow interact with non-player characters inside the game, the developers of the program have to prescribe dialogues for them in advance <...>. Our development allows you to automate the process of writing dialogues," the press service quotes the words of the main developer of the project, Mikhail Ishutin.

He explained that the system, based on the description of the game compiled by the developer, will maintain a dialogue in real time, reading all the internal patterns of the described game world.

According to Ishutin, there are dialog systems on the Russian market, but most often they are single. The peculiarity of the development of NSTU NET students is that the system will automatically build dialogues for a large number of non-player characters.

The youth of Russia and Tajikistan met online

In Singapore, they came up with a special machine to take fluid from the nose 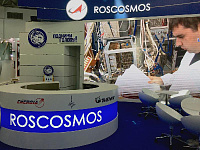 The OneWeb system may have a Russian-Chinese competitor 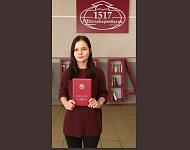 Lunar samples turned out to be a new type of basalt 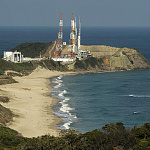 Indian mission to the Moon postponed to October

The ISS can be seen in the skies over Moscow