The ship bears the name of the famous Soviet designer, the founder of manned cosmonautics Sergei Korolev.

The ship "S. P. Korolev” (“Soyuz MS-21”) with cosmonauts Oleg Artemiev, who will become the second TASS special correspondent on the ISS, Denis Matveev and Sergey Korsakov b> separated from the third stage of the Soyuz-2.1a rocket, reports corr. TASS from the Mission Control Center.

The flight to the ISS will take place according to a two-orbit scheme. Docking of the spacecraft to the Nodal Module "Prichal" is scheduled for 22:05 Moscow time. This will be the first docking to the module after its integration into the ISS.

The ship bears the name of the famous Soviet designer, the founder of manned cosmonautics Sergei Korolev. And the launch itself is called the "Bauman Start", since there are three graduates of the Moscow State Technical University named after M.V. N. E. Bauman - cosmonautsOleg Artemiev, Denis Matveev and Sergey Korsakov. They will spend 195 days aboard the ISS and return to Earth on September 30.

More than 50 experiments of various subjects are planned for the flight of the crew members: space biology and physiology, space materials science, cosmic ray physics, development of advanced space technologies, etc. As cosmonaut Oleg Artemiev reported, seven spacewalks are planned for the expedition. According to him, one exit is planned with the Italian astronaut Samanta Cristoforetti, the rest - withDenis Matveev.

On March 19, the TASS office will start working on the ISS, which will head < b>Oleg Artemiev. He will be the agency's second special correspondent in orbit. Thanks to it, the agency audience will be able to learn in real time all the most interesting news about the life and work of the station, watch photos and videos on TASS information resources.

On November 17, 2021, TASS and Roscosmos signed a memorandum of cooperation, in accordance with which the agency office was opened on the ISS. The first special correspondent at the station was Roscosmos cosmonaut Alexander Misurkin. His flight lasted 12 days.
Russia space Baikonur launch Soyuz MS-21 Soyuz-2.1a cosmonauts ISS TASS
|
Facebook
|
Twitter
|
VKontakte
|
Odnoklassniki 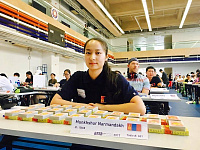 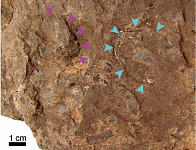 A branch of the Russian diplomatic university MGIMO opened in Tashkent