The ReshUCube-1 satellite of the Siberian State University was created on the basis of the OrbiCraft-Pro SXC3 platform developed by Sputniks, and its launch is scheduled for this year.

The ReshUCube-1 nanosatellite, scheduled to be launched in 2022, will help students and schoolchildren in the Krasnoyarsk Territory conduct experiments to study the Earth's magnetic field. This was reported to TASS in the press service of the Sitronics Group.

According to the group, the ReshUCube-1 spacecraft of the Siberian State University of Science and Technology named after M. F. Reshetnev (SibGU) was created on the basis of the OrbiCraft-Pro platform SXC3 developed by Sputniks (part of the Sitronics Group). “With its help, students and schoolchildren of the Krasnoyarsk Territory are planning to conduct experiments to study the Earth’s magnetic field and the radiation situation in orbit,” the press service noted. of the year". The device will have dimensions CubeSat 3U (30x10x10 cm). The payload of the satellite will be a reconfigurable space laboratory with a wide range of sensors for experiments.

“The experiment program, equipment operating modes, recorded parameters and other indicators will be changed by downloading software to the spacecraft directly during the flight” , - the press service added.

It is assumed that the researchers of the space laboratory of the Siberian State University will conduct experiments to improve the operation of equipment during the flight, including with a commercial element base and promising domestic space processors.
< br> About the Space-PI program

The ReshUCube-1 space mission was implemented as part of the Space-PI program with the financial support of the Innovation Assistance Foundation as part of the Planet Duty contest.

In February last year, the press service of the Sputniks company told TASS about plans to create about 100 small spacecraft under the Space-PI program, which is implemented jointly with the Russian Schoolchildren Movement. In December last year, Sputniks launched the first in the Russian Federation site for the serial assembly of satellite platforms for small spacecraft in the Skolkovo Technopark.
Russia Siberia students schoolchildren research Earth TASS
|
Facebook
|
Twitter
|
VKontakte
|
Odnoklassniki

Students of Russia, Kazakhstan and Azerbaijan told how they see the Caspian region in the future

International Media School will teach you the basics of journalistic analytics 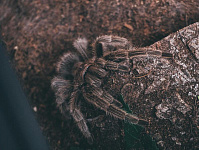 An unusual discovery was made in Kabardino-Balkaria