Scientific and educational center will appear in Tyumen

It is planned to be created within the framework of the national project "Science".

As clarified at the Tyumen State University (Tyumen State University), on the basis of which the scientific and educational center (NOC) will appear, it will unite nine scientific organizations, ten universities and seven business corporations. It is assumed that the NOC will be created with the participation of several regions: YNAO, Khanty-Mansi Autonomous Okrug and the Tyumen region. Their management has previously applied for this.

The press service of Tyumen State University said that one of the problems that NOC experts will deal with will be to ensure human biological safety. The university noted that this is a very important issue, given the scale of climate change and its consequences.

Chairman of the local Council of University Rectors, head of Tyumen State University Valery Falkov drew attention to the fact that strategic hydrocarbon reserves are concentrated in the region. Therefore, the NOC is obliged to respond to market demands and will develop the region's economy, focusing on methods of "radical acceleration of production and transfer of knowledge and technology."

The national project "Science" is being developed in accordance with the decree of the President of Russia. On his instructions, in six years Russia should enter the top five countries where advanced research and development is carried out in priority areas of scientific and technological development.

In Japan, scientists have grown artificial meat in a test tube

In the Indian Ocean, a study of the state of the fauna

China launched the core module of the national space station

12 Indian cosmonauts will undergo a medical examination in Russia 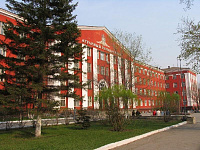 Altai will conduct research in the field of agrobiotechnology