The deadline for submitting documents for free education in Russian universities for bachelor's, specialist's, master's, residency and postgraduate programs for applicants from the CIS has been extended until November 25. This was reported on the Rossotrudnichestvo website.

In the 2022/2023 academic year, the volume of quota places is 23,000. Among foreign applicants, citizens of the CIS member countries continue to be in priority. According to the head of Rossotrudnichestvo Evgeny Primakov, the results of the last admission showed that 30% of the 80,000 applications came from neighboring countries.

As noted in the press service of the agency, schoolchildren from the CIS most often they seek to master medical specialties in Russia. According to an interim assessment of the admissions campaign, the top three most demanded areas are medicine, economics and dentistry.

Earlier it was reported that the selection will last until November 1st. Applying for a quota is done online.

World's largest planetarium to open in Shanghai on July 18

Singapore will allow the use of drones 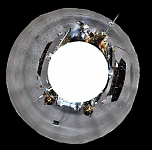 The youth of Russia and Tajikistan met online

Tianwen-1 prepares to land on the Red Planet 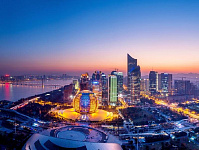